Some of the demonstrators wore scrubs and the horns of cars passing by blew in solidarity throughout the roughly two-hour protest that organizers had dubbed a "Freedom Rally."

Demonstrator Krista Michael was in tears as she reflected on how much has changed for her and other health care professionals over the course of a year. 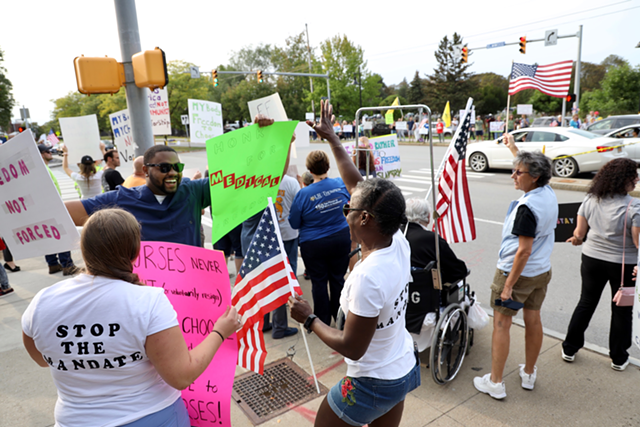 “Last year we were the health care heroes, and today we’re being discarded,” said Michael, who added that she has been a registered nurse for UR Medicine for 31 years. She called the mandate un-American.

“We’re being stripped of our freedoms,” Michael said. “This is supposed to be the land of the free and the home of the brave.”

The state Department of Health issued orders in August requiring all hospitals, long-term care facilities, and nursing homes to develop policies to get employees inoculated with a first shot by at least Sept. 27. The order carved out limited  exemptions for religious or medical reasons. 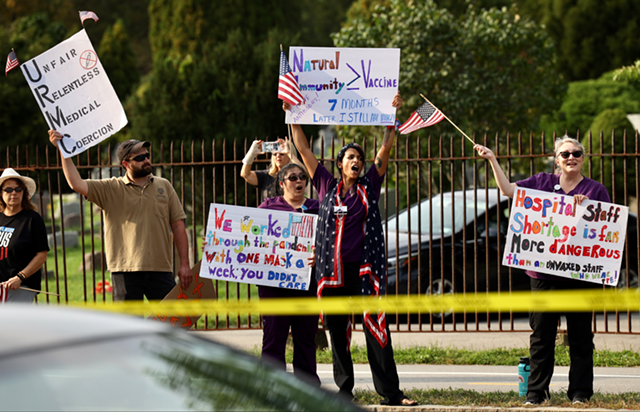 Earlier this month, Rochester Regional Health and University of Rochester Medical Center employees received notices saying they will lose their jobs if they do not receive at least one COVID-19 vaccine shot by the deadline. If fired, they would lose earned vacation time and unemployment benefits.

A previous option that had employees who refused to get vaccinated undergoing weekly COVID-19 testing was eliminated.

Local labor and employment attorney Elizabeth Cordello anticipated that health care systems will face labor shortages as workers leave or lose their job over the mandate.

One small hospital in rural Lewis County announced late last week that it was planning to suspend delivering babies in a few weeks because a third of its 18 employees in the maternity department resigned rather than comply with the state’s vaccine mandate. 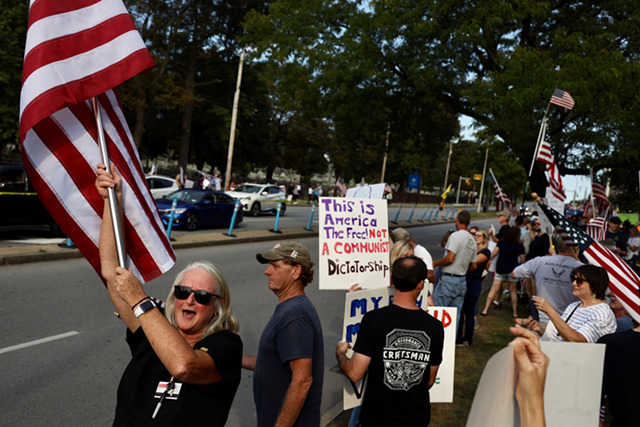 Outside Strong Memorial, Amanda Coakley, a physical therapist at Rochester General Hospital, lamented the prospect of stepping down.

“It breaks my heart to think about leaving,” said Coakley, who had plans of retiring with Rochester Regional Health. “I want to be here. I like it here. This sucks.”

Coakley said for her to be at Monday’s protest was also about protecting the rights of her children.

“If I give up now, then they’re next, and I’m not letting that happen,” Coakley said.

Racquel Stephen is a reporter with WXXI News, a media partner of CITY.