How many breweries can one town have?

Dan Western, co-founder of Lost Borough Brewing Company on Atlantic Avenue in the city, was pouring a beer when he confided that he hasn't taken a paycheck in a year.

"We have more breweries coming into town, and the local dollar can only go so far," Western said. "We're on the map as a beer destination, but that doesn't really transmit to anything right now."

The last decade saw the number of new breweries in Monroe County and across New York surge exponentially. When the 2010s dawned, there were 95 breweries in the state, according to the Brewers Association. Today, there are 434. Twenty-six of them are in Monroe County, which has more breweries than any county outside Suffolk on eastern Long Island. 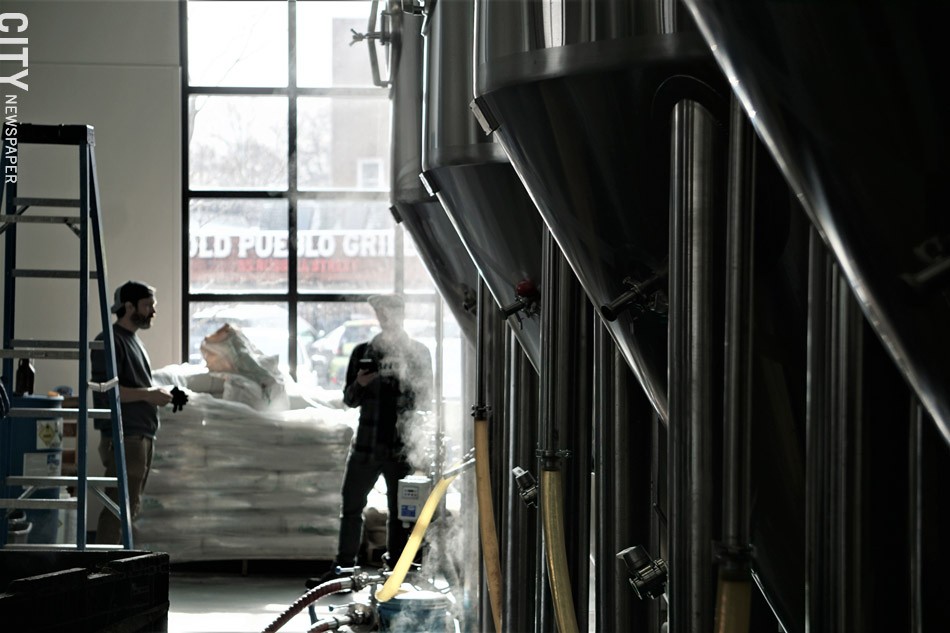 Craft beer's big bang unleashed a veritable universe of new styles and tastes to the delight and astonishment of drinkers. We were introduced to hazy IPAs, fruity sour ales, and candy-laced imperial stouts.

But many of the brewers who created that world locally now say the days of gravity-defying growth are over. Greater Rochester, they say, has either hit, or is about to hit, peak beer and is bracing for a period of retrenchment. Openings will be offset by closures, mergers, and acquisitions.

"People think of a bubble and they think of the tech bubble, when the market crashes, everything closes and unemployment goes crazy," said Chris Spinelli, founder of Roc Brewing Company. "But a bubble is really an industry that expanded quickly that now there are too many players in the market. Some are going to win, and some are going to lose." 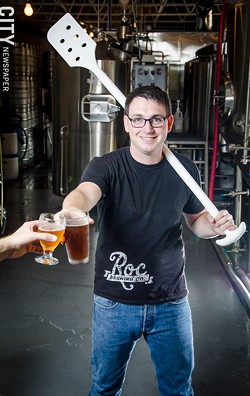 It remains a good time to be a beer drinker. The craft brewery, once relegated to the trendiest urban neighborhoods or pilgrimage points flung far off the beaten path, is now a mainstay. Virtually every town and village has at least one go-to spot for fresh, hand-crafted brews.

But brewing can be a challenge. Work weeks are long. Profit margins are razor thin. Becoming a smashing success is akin to catching lightning in a bottle.

Monroe County enjoys a higher economic impact from brewing than any other county in the state, according to the New York State Brewers Association. In 2018, the last year for which reliable statistics were available, breweries accounted for 1,397 jobs in the county, $126 million in wages, and $679.5 million in total economic output, meaning the total value of all goods and services produced in the industry.

Of course, those figures include Genesee Brewery, one of the largest breweries on the east coast. Extract that giant from the equation, and the financial impact is more modest.

A BEER BOOM IS BORN

New York's craft beer boom was born of a pair of state laws. In 2013, lawmakers created farm brewery licenses, which provided license holders significant business benefits, like being able to serve and sell beer without obtaining otherwise necessary permits, if they used mostly New York hops and ingredients in their beer.

Following that was the Craft New York Act of 2014, which allowed breweries to sell beer by the pint on premises, instead of being limited to offering tastings and selling beer for off-site consumption.

Those bills kicked New York beer into gear, though the growth in breweries also mirrored what was happening across the rest of the country.

Dean Jones, brewmaster at Genesee's Pilot Brewery, began his beer career in 1989. A year earlier, the number of breweries in the nation cracked the 100 mark for the first time since Prohibition. Now, nationwide, the number sits around 8,000.

"I've been doing this since before it was cool," Jones said. "I watched that initial peak when everyone was joining the industry to make money and weren't really in it for the beer."

A brewery boom that started in the late 1980s and lasted through the 1990s brought the start of some larger regional and national brands, including Escondido, California's Stone Brewing; Milton, Delaware's Dogfish Head; and Rochester's own Rohrbach Brewing Company, which opened in 1994 at the South Wedge's Historic German House. Many breweries from that era didn't survive into the 2000s.

Rohrbach did survive, and founder John Urlaub attributes the brewery's long-term success to staying fresh, even as a local fixture. (Full disclosure: Rohrbach recently brewed the House of Silent Shadows Prohibition-era porter for The Little Theatre, which shares a parent company with CITY in WXXI Public Media.)

"We have to stay innovative and ahead of the curve," Urlaub said. "No matter what we do though, we're never going to be the shiny new toy on the market, because we've been around."

Rochester has made several lists of the nation's best beer towns.

Vinepair magazine, for example, last year ranked Rochester among the world's 10 top destinations for suds, alongside Paris and Berlin. That designation was due in part to the heralded Brooklyn-based Other Half opening a second location in East Bloomfield, and Avon's Mortalis Brewing Company, which currently ranks globally on the beer review site Untappd.

As new breweries keep coming, however, asking how many an area can reasonably support is a fair question.

Monroe County has about 3.5 breweries per 100,000 residents. Rochester has a ratio of about 3.8. While above the state average, they pale in comparison to other major beer destinations.

Leone, of the New York Brewers Association, estimates the state could sustain about 500 breweries before the market begins to self-regulate and closings occur. At the current rate of growth, that point could be reached this year.

Nationwide, 219 breweries closed in 2018, the last year for which reliable statistics from the Brewers Association were available. That translated to a closing-rate of about 3 percent.

"I can't think of very many in New York state that are printing money in any way, shape, or form," Leone said. "Even the ones that are doing really well still have high bills, high overhead, and a lot of things going on."

By all accounts, there are limits to the number of craft breweries Rochester can support. The market will plateau and likely has already begun to. As a result, some breweries simply will not survive the next few years.

"Some it may be because the beer just isn't good, but not always," Genesee's Jones said. "Maybe the beer is good and they just can't keep up."

Some breweries already have closed due to financial stress. In August, Custom Brewcrafters, an industry pioneer that had been in business in Honeoye Falls for 25 years, shut its doors. The company was deeply in debt.

Western, of Lost Borough; Spinelli, of Roc Brewing Company, and Dan Nothnagle, a co-founder of Three Heads Brewing, all said they wouldn't open a brewery if given a second chance.

Brewery owners and industry observers said quality and hospitality will drive the market going forward. Brewpubs selling beer only on-site and serving a hyperlocal market will have more stability than production breweries, they said.

"The output of craft beer is way outpacing the demand at this point," Urlaub, of Rohrbach's, said. "The first guys that aren't going to make it are the ones not making consistently good beer, I think that goes without saying."

Of course, new breweries are opening in Rochester.

"The industry is going to become more hyperlocal," said its head brewer, Nate Kester. "When it becomes hyperlocal and each town has a brewery or two, you're going to need to adapt your models."

And some local breweries are growing.

Fifth Frame has added several new tanks over the past year. Penfield's K2 Brothers is on the fast track to opening a 20-barrel brewhouse. Roc Brewing is in the process of expanding its taproom into the other half of its building on South Union Street.

But the market is also becoming increasingly tight.

Leone balks at the idea of a craft beer bubble, one that would bring the industry to its knees if it burst. At the same time, he said, the industry has become so competitive that brewers need to consider things the pioneers might have been able to shrug off, like the economic viability of their business plans and quality of their beer.

"I'd say if you want to get into the brewing industry to make money, don't, just don't," Leone said. "It's not a high money-making thing, it just doesn't happen."

So why even bother? If the odds of running a profitable business are so slim and require grueling labor, is there any point to trying?

The resounding answer for most brewers was yes — if the love for brewing and beer was there.

Geoff Dale, a co-founder at Three Heads, recalled the grind of his early days in the business. Three Heads wasn't yet able to sell, and he was working around-the-clock lining up accounts.

"We were constantly just grinding," Dale said. "At the beginning we were working 70-80 hour weeks. It may even be more difficult now to build a brand, but at the end of the day, you need that kind of passion."