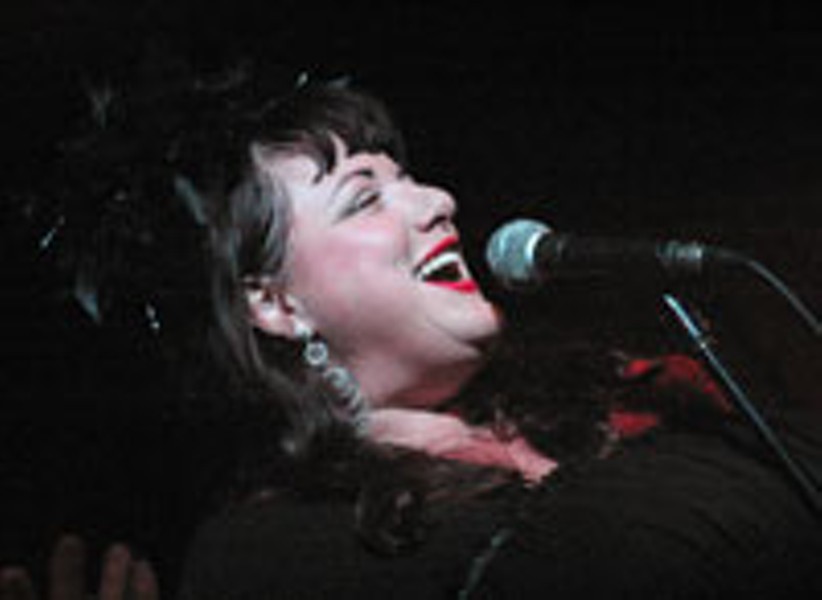 Video killed the radio star but not ZZ Top. ZZ Top was one of the more conventional --- or the least new wavish --- acts a fledgling Empty V helped launch into superstardom in the early 1980s. The problem, s'far as I'm concerned, was this was at the band's musical lowest. Drum machines and neon schmaltz ran roughshod over the Texas trio's rough 'n' tumble blues 'n' boogie.

The PV (pre-video) ZZ Top played barroom rock 'n' roll with mucho soul and guts... menacing and cocksure. And this fact is lost on lots of folks whose intro to the li'l ol' band from Texas was "Legs" or "Sharp Dressed Man."

So when roughly 3,000 people congregated at Finger Lakes Performing arts center on August 27, I was pretty sure it was to see the pop ZZ. I certainly wasn't gonna hear "Heard It On The X" or "Waiting For The Bus." But I did. OK, so they didn't play "Beer Drinkers & Hell Raisers," but they did play "I'm Bad, I'm Nationwide." They sounded and look great, like a band of guitar-wielding bearded Liberace's. Have Mercy.

Setting the tone for the evening was Austin, Texas' Junior Brown. Most of the slowly assembling crowd didn't know what to make of Brown and his band as he slithered and picked all over his big red guit-steel, creating a kind of honky tonk luau. Despite his brilliant guitar and slide work, it was Brown's honey-dipped foghorn croon that got me. Brown soups-up his Americana with jazz, swing, bluegrass, and psychedelic rock --- to name a few --- yet manages to truck in true country.

Wedged between Junior and the beards was Donna The Buffalo. I couldn't see 'em, but got to listen. I know they hail from around these parts, but they sounded suspiciously Cajun. This was the last show before FLPAC goes under the knife for a facelift. Hopefully this will bring in bigger and better shows that usually wind up at Darien Lake.

Drove back to the ROC to catch The Queers at The Bug Jar but the line out the door stretched a block down the street in the rain.

I've been a big Candye Kane fan for years and finally got to share the stage with her last Monday night at The Montage Grille. On her new album, White Trash Girl, Kane serves up more of the ribald and salacious blues she's known for. But on this album I think her vocal tone finally matches her wisdom. And this was the case with her show. Man, she can belt. And when she lays into it her voice has an edge that'll put you on one. But when necessary Kane sings so sweetly your teeth ache right along with your heart.

Last week the blues in town got the blues with the untimely passing of The Clarissa Room's John Starr. Starr was a swell cat and did a great job keeping this historical part of town reverberating with jazz and blues. His kids Mike and Jennifer will pick up where Dad left off with the joint. It doesn't get any more real than this place or the musicians that play and hang --- just like they did from 4 p.m. last Friday until the wee wee hours. Everybody was there --- everybody ---reminiscing, playin' the blues, and wishin' on a Starr. So long, pal.