Homeless encampment gets a reprieve 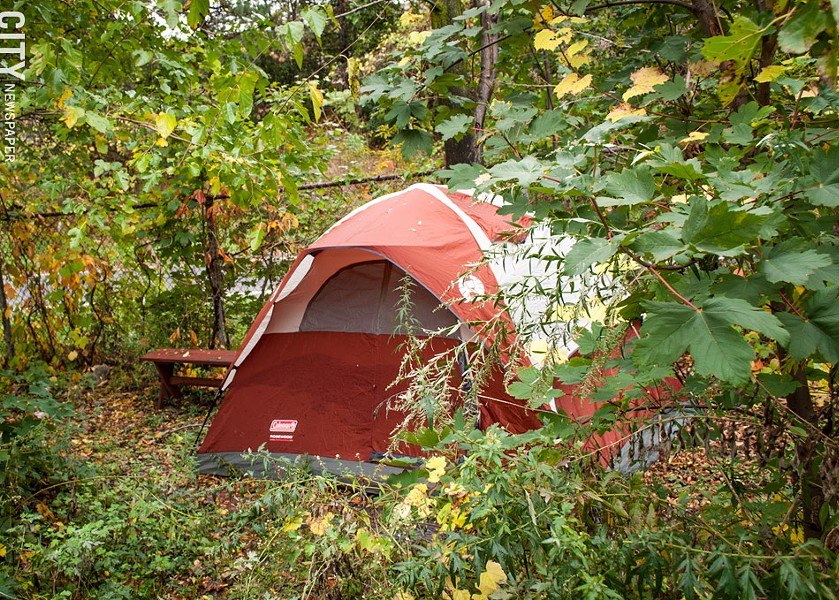 The encampment is at the edge of property owned by Spectrum, and police officials have informed Spectrum that it needs to seek a court order to essentially evict the residents, says Pat Dupont, a Catholic Worker at St. Joe's House of Hospitality. Basically, because the people have lived on Spectrum's property and adjacent land owned by Bivona Child Advocacy Center for so long — around two years in one man's case — and because they've been in communication with the property owners, the department believes it won't be able to charge them with trespassing, DuPont says.

CITY has reached out to RPD to confirm those details. Several homeless advocacy and service groups are holding a press conference tomorrow afternoon at St. Joe's to talk about the recent development and to discuss a few other issues around homelessness and poverty. For more than six months, Spectrum and Bivona have worked with city officials, State Department of Transportation representatives (the agency owns the lot next to Spectrum's), and homeless advocates to find housing for the people in the encampment and to transition into it.

Related Homeless camp could be shut down

RPD's directive to Spectrum to get a court order will buy advocates some time to come up with a permanent solution for the remaining two residents, Dupont says. The encampment is currently limited to Spectrum-owned land.

But another complication may be looming. Seasonal shelters — namely St. Joe's, Dimitri House, and the REACH shelter in property owned by Dimitri House — won't be open after Sunday night. So some of the 70  or so people who have sleeping there will be looking for a safe place to stay, and they may look to the encampment as an option, Dupont says.