Among the first inductees into the AHL Hall of Fame: the face of the Amerks 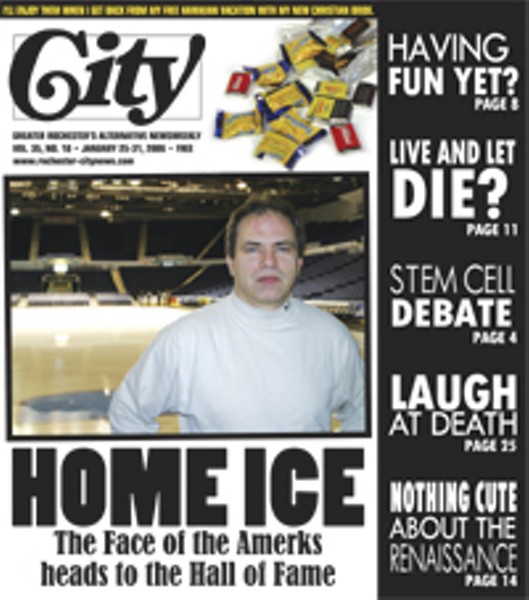 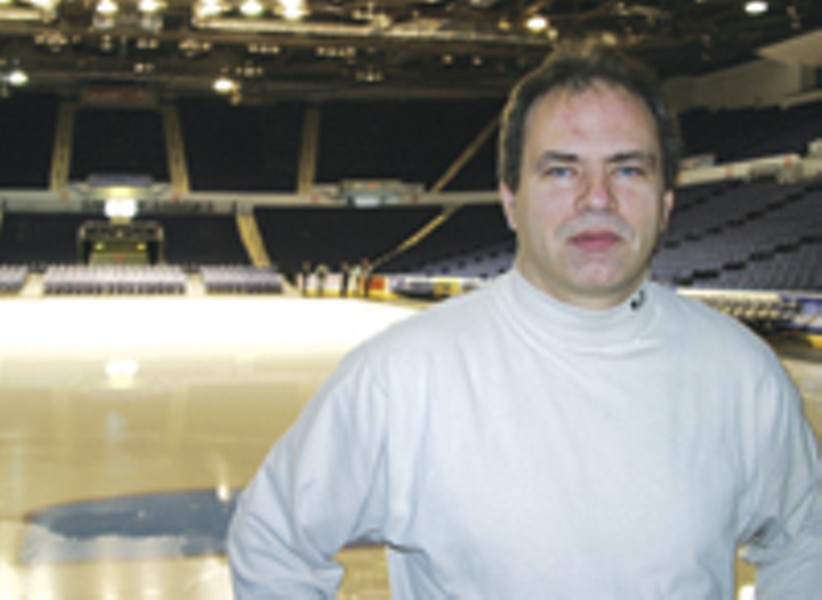 "My first thought was, 'What player got suspended?'" Gage says.

So when Andrews told Gage he had been selected as one of the first seven members of the nascent AHL Hall of Fame, Gage was floored.

"I was asking him about the weather," he says of his small talk with Andrews. "I was truly, truly surprised."

But Amerks fans weren't. For more than 20 years --- first as a player, then as a front-office stalwart --- Gage has practically been the face of one of the most storied franchises in AHL history. Over the past two decades, he's not only become a hockey legend in upstate New York. He's also become a fixture of the Rochester community. Says current Amerks coach Randy Cunneyworth: "He's one of the most recognizable figures in Rochester."

Gage and the other members of the Hall's inaugural class will officially be honored at the AHL All-Star Classic in Winnipeg January 31 and February 1. To be recognized along with hockey icons like Johnny Bower, Frank Mathers, and EddieShore, Gage says, is an accolade he never dreamed he would get, and he demurs when the term "legend" is tossed around.

Gage never thought he'd end up making Rochester his home. Raised in the Toronto suburb of North York,he remembers sitting on a curb as a kid, waiting to be sent into his first youth hockey game. When he finally got some PT, he was plunked in goal. As tennis balls rattled off his face, the young Gage immediately knew he wasn't meant to be a goalie.

"I found out quickly," he says, "that it was more fun scoring goals than taking balls off my head."

Gage worked his way up through youth and junior hockey, developing his skills to the point where the National Hockey League's Detroit Red Wings drafted him in 1979. He was assigned to Detroit's AHL club, the Adirondack Red Wings, where he immediately made his mark by scoring four goals in his first game.

However, while Adirondack won the Calder Cup in 1981 and earned legions of supportive fans, Gage found it difficult to be so far away from his wife, Charlotte, who was working for an airline in Toronto.

Things fell into place, however, when Ted Nolan and Mal Davis, two former Adirondack teammates who now played for Rochester, encouraged Gage to become an Amerk.

"They told me Rochester was such a great hockey town," Gage says. "I heard about all the pride and tradition of the organization."

So when the Amerks' NHL parent club, the Buffalo Sabres, offered Gage a free-agent contract, he jumped at the chance to be closer to his wife and to play for a storied AHL franchise.

Gage arrived in Rochester in 1985 and experienced a little déja vu: just as he had at Adirondack, he scored four goals in his first game as an Amerk, instantly endearing him to the Rochester faithful.

Over the next 11 years, Gage became Rochester's all-time leading scorer and helped guide the franchise to a Calder Cup title in 1987, an experience that tops his list of favorite memories.

"There were two or three thousand people waiting for us at the airport," he says. "Guys were running down the runway with the Calder Cup."

The next year Gage became only the second player in AHL history to score 60 goals in a season, a feat that earned him league MVP honors. He then proceeded to rip off four straight 40-goal seasons and guided the Amerks back to the Calder Cup finals three times.

In the process, Gage and his family made Rochester their home. First buying a house in Gates, then moving to Chili, Jody and Charlotte raised their two kids, Ryan and Stefanie, in MonroeCounty, taking advantage of the area's top-notch schooling and becoming bona fide Rochesterians. He was even able to coach his son for part of Ryan's own hockey career, which spanned from Aquinas Institute to SUNY Geneseo.

"I had opportunities to play for other teams, but we loved it here," he says. "It's a great area to raise our children. This was home."

Retirement is something no dedicated athlete likes to contemplate, and Gage was no different.

"Athletes believe in themselves, and it's hard to turn that off," he says. "Today I have moments when I want to be out there [on the ice]. It never goes away.

But unlike many athletes, Gage planned ahead for life after the ice. After his 60-goal season, he began to ponder what his career would be like after hockey, and he discussed his future with the Sabre and Amerks organizations. When Buffalo offered Gage a green card to stay in upstate New York and Amerks owner Steve Donner made a place for him in the team's front office, Gage became Rochester's assistant GM in 1996 without skipping a beat.

"I just took a weekend off, then moved right into my new job," he says. "I wanted to start right away."

The move paid immediate dividends: Gage helped shepherd the squad to the 1996 league title. He was named the team's general manager for the 1996-97 season, a position he has held since. Over the intervening nine seasons, he helped engineer five division titles and two more appearances in the Calder Cup finals.

"He's been an integral part of this organization for many years," says Cunneyworth. "He was a pretty dominant player, if not the most recognizable player in Amerks history." And, Cunneyworth adds, as GM, Gage has "put a solid team on the ice year after year and continued the tradition of winning year after year."

Although Gage played a total of only 68 games in the NHL, his impact on the AHL has been immeasurable. But Gage has been impacted himself by the countless teammates, coaches, and fans who helped him make such a huge mark in minor-league hockey.

As he sits in his office at Blue Cross Arena and reflects on his 20-year Rochester career, a framed No. 9 jersey and Amerks puck hang on the wall over his desk. The No. 9 will never be worn by another Amerk --- he's one of only three players in franchise history to have his number retired.

It's hard for Gage to name everyone to whom he is grateful for his success, but he tries. His parents, Jack and Marge. His wife and kids. Coaches like Bill Dineen and John Van Boxmeer. Teammates like Jim Jackson, Jim Hofford, and Richie Dunn. Front-office figures like Donner, former PR director Steve Rossi, long-time broadcaster Don Stevens.

The names pile up, becoming almost as numerous as the number of times Gage put the puck in the back of the net. All told, those people contributed to something special for Gage.

"We've been fortunate all these years to have great teams," he says. "We're truly a family. It's hard to describe the pride, the tradition, the attitude in the locker room here. I'm very blessed and fortunate."

He doesn't just say that as an AHL legend and inaugural Hall of Fame inductee. He says it as a transplanted Toronto native who has made Rochester his home, who has become a fixture in the community that welcomed him with open arms.

"A lot of Rochesterians don't realize what they have," he says. "Some people like to take potshots at Rochester. But I think it's the perfect size city. It's got great education and great universities, and I love the four seasons. I have a lot of great friends, and a lot of friends became family."

It's about noon on a Tuesday, and Gage looks out across the ice at Blue Cross Arena. The stands are empty and dark, and Gage's jersey hangs from the rafters.

"I don't think of myself as a legend," he says with self-effacing charm.

But he does think of himself as a Rochesterian, something that, as a kid in Toronto with tennis balls bouncing off his head, he never thought he'd be.

"It's hard to imagine," he says with smile.