When I think of "National Lampoon's Christmas Vacation," one of the first things that pops into my mind is Chevy Chase and Randy Quaid standing over the bowl of eggnog, drinking out of those ridiculous glass moose mugs. Or how about Bill Murray in "Scrooged," mixing together his stomach-churning vodka and Tab cocktail?

Holidays and cocktails are a classic combination, so asking some local bartenders to create a cocktail based on their favorite holiday movie seemed to be a logical next step. CITY asked a few bartenders to do just that. And we included the recipes so you can make them at home for your own swinging holiday shindigs.

If you have a special cocktail concoction you love for the holidays, leave a comment below this article online at rochestercitynewspaper.com.

Jamie Cobb and Bryan Muller, who took over as owners of Joey's (561 East Main Street) last March, wanted to create a cocktail that reflected the aesthetic of Joey's: not a fancy cocktail bar, but a cozy, welcoming place to come in and order an "Irish Co-Co-Coa," inspired by 1994's "The Santa Clause." In the movie, Tim Allen's Santa Claus has a cookie and cocoa dispenser in his tricked-out sleigh and slams hot cocoa like a cold beer — Cobb and Muller wanted to create a cocoa drink inspired by that.

The cocktail starts with Ghirardelli Hot Cocoa, made with whole milk, and then adds equal parts Guinness beer, Tullamore Dew Irish Whiskey, and Bailey's Irish Cream. As if that's not enough, Cobb threw in some semi-sweet chocolate chips and garnished with whipped cream and a chocolate chip cookie.

When you think of holiday movies, "Die Hard" might not be one that comes to mind, but technically it does take place during Christmas. Kourtney Wenke, bar manager at Butapub (315 Gregory Street), saw the movie for the first time last year, and she's now seen it about 10 times since. "It's not a kitschy, lame, Christmas movie," she says. 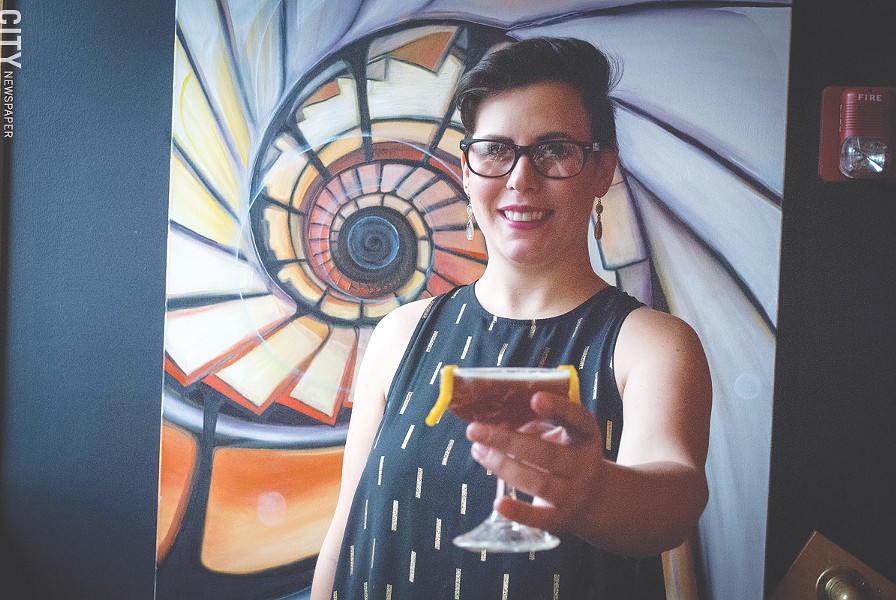 Wenke created the "Yippee-ki-yay, Mothertrucker!" inspired by Bruce Willis's iconic line from the movie, but slightly modified to make it a bit more family-friendly. To make the drink, combine three quarters of an ounce of the following ingredients: single malt scotch (she used Auchentoshan but any single malt scotch is fine), sweet vermouth (Wenke uses Carpano Antica), Cherry Heering liqueur (you can substitute Luxardo cherry liqueur as well), and a cranberry-orange simple syrup. The drink will be available on the cocktail menu at Butapub for the holidays.

Katharina Jackson, bartender at Orbs (758 South Avenue), created a cocktail called "The Heat Miser" based on her affection for the 1974 movie "A Year Without a Santa Claus." "It's the traditional claymation holiday movie; I watched it every year," she says. In the movie, The Heat Miser controls the hot weather around Earth, and the cocktail that Jackson has created brings the heat as well.

The drink combines one ounce of Ancho Reyes Chile Liqueur, one ounce of gold tequila (Patron Anejo is an example, or Sauza if you want to go a little cheaper), one ounce of lemon juice, a half ounce of simple syrup, and a dash of cinnamon. Ancho Reyes is made from ancho chiles that steep in sugar cane spirit, and the result provides a sweet and smoky heat to the cocktail.

Sen Neitz, bar manager at La Casa (93 Alexander Street), and Jason Troske, bartender at The Angry Goat (938 South Clinton Avenue) and Marshall Street Bar and Grill (81 Marshall Street), each came up with different cocktails for their favorite holiday movie, "It's a Wonderful Life." 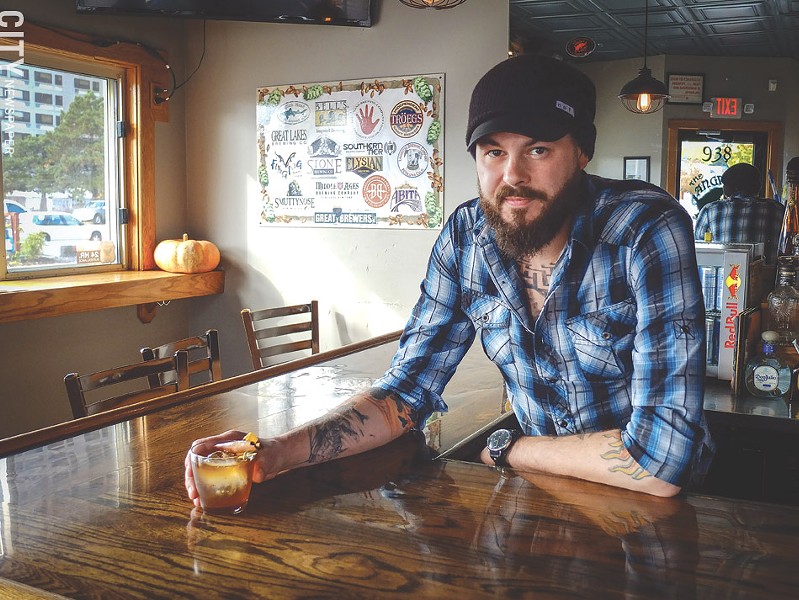 Troske created the "George Lassos the Moon." The movie reference and the song by Elbow "both get you right in the feels." The cocktail, which is Troske's take on the classic old-fashioned, starts with two ounces of bourbon (he used Buffalo Trace, but any kind will do), a quarter ounce of Cointreau (triple sec), a quarter ounce of maple syrup, two dashes of cherry bitters (Rochester's own Fee Brothers makes one), and a splash of club soda.

Neitz's rum-based cocktail is called "Zuzu's Petals," named after George Bailey's youngest daughter in the film. Neitz combines one and a half ounces of Appleton Estate Signature Blend Jamaican rum (sub any Jamaican rum), three quarters of an ounce of fresh lime juice, half an ounce of cinnamon syrup, and topped with Cava. The cinnamon syrup can be made by boiling together a cinnamon stick and equal parts sugar and water. Cava is a sparkling, Spanish wine and can be found where you would purchase champagne or Prosecco at your local liquor store. Add the rum, lime juice, and cinnamon syrup into a shaker with ice. Shake, strain into a champagne flute and top with the Cava as well as a lime peel for garnish.