November 24, 2020
When the tryptophan kicks in, all there is left to do is flop on the couch, unbuckle the belt, and escape in hours of pre-programmed Thanksgiving movies. There are plenty of them centered around the holiday, but are they any match for their Christmas counterparts a few weeks away? November Madness breaks it down. 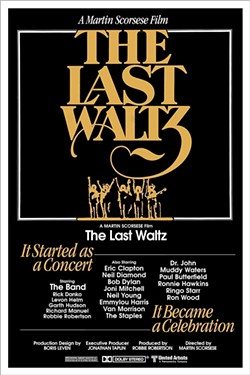 America needs old white guys singing and dancing right now like it needs an old, white second-term president. But “The Last Waltz,” which documents the last live performance of The Band over Thanksgiving 1976, eludes all the dated cringe of “White Christmas” to better stand the test of time. 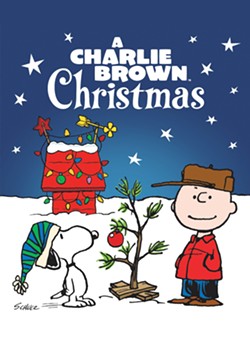 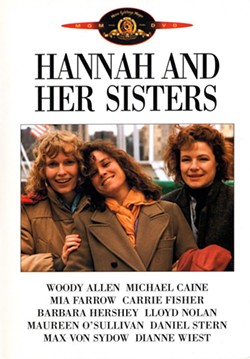 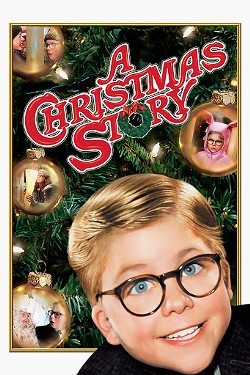 Woody Allen’s neurotic and nebbish imprint is all over a brilliantly-executed script about the lives of three sisters bookended by Thanksgiving dinners, but there’s a reason it doesn’t play around-the-clock on a cable network near you like the nostalgia-soaked Christmas saga of Ralphie. 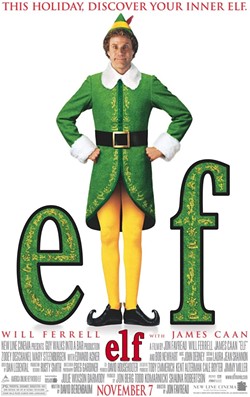 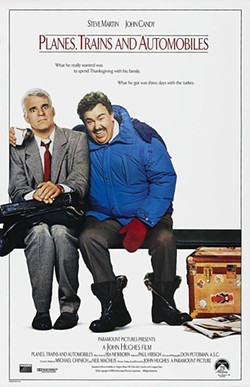 This one is a toss-up between a bona fide holiday Thanksgiving classic and a beloved Christmas classic-in-waiting. Will Ferrell is arguably at the height of his comedic powers as the orphan-turned-elf Buddy. But the chemistry of Steve Martin and John Candy as unlikely travel buddies is the stuff of genius. 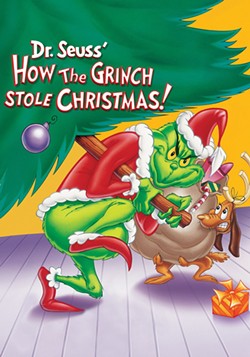 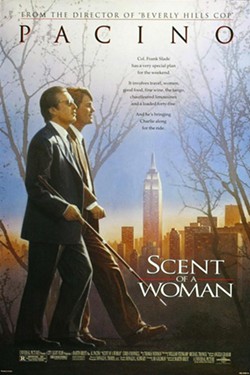 The made-for-TV animated special starring Boris Karloff as the curmudgeon of Mount Crumpit makes the most of its mere 26 minutes, including a lump-in-the-throat moment when, they say, the Grinch’s heart grew three sizes that day. But it’s no cinematic match for the story of a hoo-aahing grouch who finds redemption helping a prep-school poor boy over Thanksgiving.


WINNER: Scent of a Woman 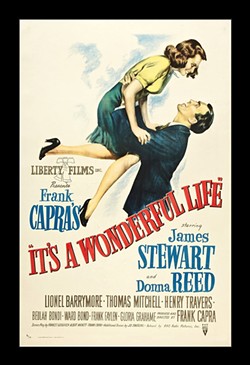 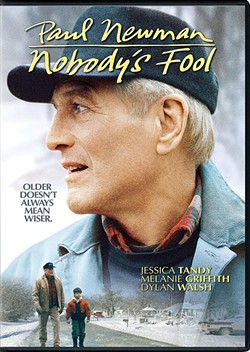 While Newman as a cantankerous hustler whose routine of drinking and carousing is upended with the arrival of his estranged son over Thanksgiving sounds like a better movie than Stewart as a big-dreaming do-gooder down and out on Christmas, it isn’t. 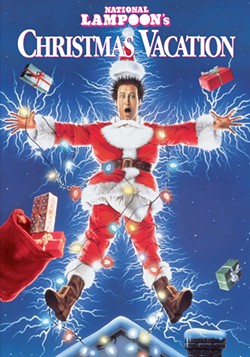 This is a tough draw for “The Ice Storm,” a formidable drama about adultery, escapism, and teenage sexuality over Thanksgiving 1973. But its star-studded cast doesn’t hold a Christmas candle to the slapstick antics of the Griswolds with their earnest patriarch in Clark and ne’er-do-well Cousin Eddie. 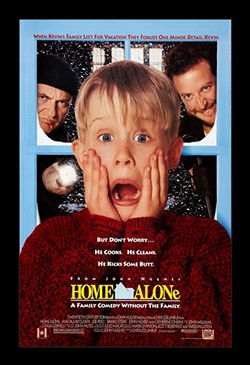 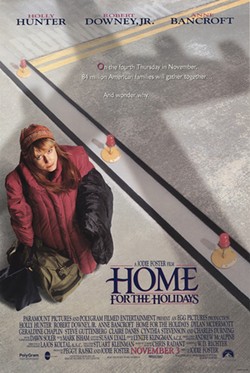 A “Home”-and-“Home” series. While few things scream dysfunction like a family leaving their 8-year-old home alone at Christmas, consider that the tagline for “Home for the Holidays” is “84 million American families will gather on Thanksgiving . . . only to wonder why.”

WINNER: Home for the Holidays

Humanity and spirituality run deep through both of these classics. The age-old themes of redemption and duty to community that The Band explores in its lyrics dovetail neatly with the Thanksgiving holiday. But it really doesn’t feel like the holidays until Vince Guaraldi’s “Linus and Lucy” playing at Wegmans snaps you out of a funk induced by the commercial trappings of the season.

Someone is going to be upset here. Both films are perennial favorites that go toe-to-toe with scene after scene of comedic gold. Getting picked up by the groin by a cabbie, getting kicked down a slide by Santa, sharing an awkward cuddle in bed, wearing awkward “deranged Easter Bunny” pajamas, the list goes on and on. But rejoice, Ralphie fans, he got his “official Red Rider, carbine action, 200-shot, range-model air rifle with a compass in the stock and this thing that tells time.”

Failed suicide attempts become life-affirming moments for the heroes of these films. Stewart’s George Bailey is saved by a pitiful angel who teaches him the true importance of his life. Al Pacino’s blind Lt. Col. Frank Slade is saved by a high school student who sticks with him in the darkest hour of his miserable life. Pacino’s conversion is more riveting, but Stewart’s leaves your eyes welling up.

This is going to sit about as well with fans of the Griswolds as the idea of Cousin Eddie crashing Christmas is with Clark. Hilarity ensues when relatives with nothing in common get together for the holidays. But the sentimental humor of a strong ensemble cast led by Holly Hunter, who loses her job and visits her parents for Thanksgiving while her daughter stays home to have sex with her boyfriend, is far more sophisticated than the over-the-top irreverence of the third installment of the “Vacation” franchise.


WINNER: Home for the Holidays

As touching as it is to hear Linus Van Pelt’s precocious recitation of the Biblical version of the birth of Jesus in answer to Charlie Brown’s desperate plea for the true meaning of Christmas, it is far more poignant to fly, ride, and drive with Martin — as he transforms from an anal-retentive, self-important jerk to a compassionate soul grateful for his family and newfound friend Candy — to encapsulate the true meaning of Thanksgiving.

The Baileys versus the Larsons. The Bailey clan is pretty much perfect in every single way, with the exception of Tommy incessantly banging out “Hark the Herald Angels Sing” on the piano in a climactic scene. Who can blame George for lashing out at him?! The Larsons of Baltimore, on the other hand, are a disaster to gut-bustingly humorous effect. Their Thanksgiving, loaded with absurdity and pity, is the gold-standard for family-gathering holiday films. But the deep emotional drama combined with warm humor of “It’s a Wonderful Life” gives the Baileys the edge.

The most popular Thanksgiving movie squares off against the most popular Christmas movie, for all the turkey. Or is it ham? There’s plenty of both in the laugh-out-loud, odd-couple comedy topped with a heaping serving of heart-warming goodness. “Planes, Trains and Automobiles” features what is perhaps Candy’s best performance and — with the possible exception of “Father of the Bride” — Martin’s crowning movie role. But none of that has made the film an annual movie-viewing tradition for generations. All the magic of Frank Capra’s Christmas fantasy bubbles up like a muffin top at just the right time . . . and endures. 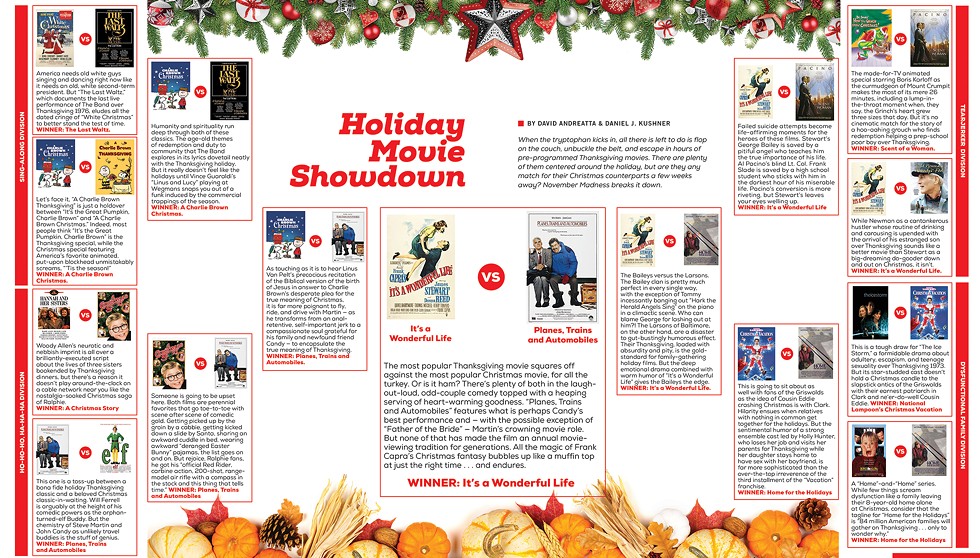