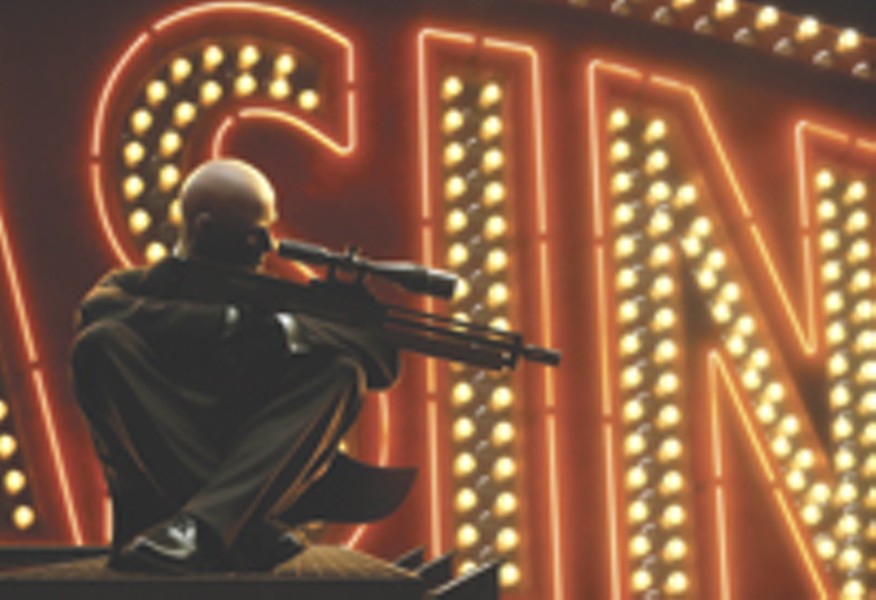 With a corny title like Hitman: Blood Money, you might expect a B-grade action movie replete with violence and gore dumb enough for any film critic to flat out disparage. In this case, you'd be right about the violence part. But thankfully Hitman: Blood Money is one of the smartest and most immersive games currently out on shelves.

The Hitman series of games has never been one where players go in guns blazing --- considering the tasks here, such an approach is tantamount to suicide. Instead, seeing as you play as a hitman ordered to take out specific targets, you actually have to think like a hitman and plan your murders accordingly. Thusly, Blood Money, like the other Hitman games before it, offers unparalleled levels of interactivity so as to present multiple ways to accomplish the dirty deeds.

For example, one of the early missions involves taking out an opera singer with a dark secret, one who during a rehearsal faces a mock firing squad. Before the firing squad scene, you can replace the prop pistol of the actor shooting the singer with a real pistol. Or you could place a bomb in the lighting above, and have the lights come crashing down. Or you could hide in the rafters above and snipe the singer from there. Or you could...well, you get the idea.

As morbid as it sounds, having your plans come exactly to fruition within the game can give you a luxurious high of accomplishment, especially since the difficulty ramps up quite quickly. Hitman is not for the impatient or easily frustrated.

Hitman: Blood Money is available for the PlayStation 2, Xbox, Xbox 360, and PC. Parents take note: this game is rated M for Mature, and is not one for the kids.