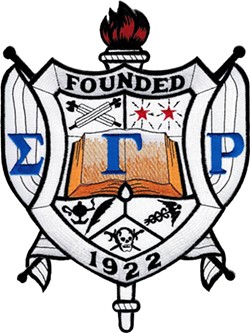 A historically Black sorority is doing its part to further eliminate vaccine hesitancy among people of color.

The Theta Omega Sigma Chapter of Sigma Gamma Rho Sorority will host Protect Your Team, Learn About the Vaccine, a virtual panel discussion among Black professionals who were once hesitant but are now completely inoculated and want to share their stories.

Jessica Lewis, one of the event organizers, said more Black people are doing their research and getting vaccinated, but some still need more information before making a decision.

"There's still a segment of the population who are apprehensive, who are on the fence, and that's why this event is going to be critical,” Lewis said.

Kimberly Brown, a seventh-grade teacher in the Rochester City School District, will speak at the event. She said among other things, protecting herself and her students superseded her hesitancy.

“I'm very much the relationship-building kind of teacher, so kids like to touch me and hug me,” Brown said. “So for me, getting the vaccine was really important because I had to protect myself and protect the people that I'm around.”

Brown will be joined by three other speakers, including URMC’s infectious disease specialist, Dr. Angela Branche, who will be on the call to dispel vaccine myths and answer questions from the community.

Lewis said the event's goal is not to persuade anyone to get the vaccine, but to provide facts so those who attend can make an informed decision going forward.

The event, which is sponsored by the Rochester Area Community Foundation, will take place at 7 p.m. June 15 and will be hosted by longtime journalist Norma Holland.