June 18, 2019
The aqueduct and the Broad Street Bridge are key parts of the ROC the Riverway redevelopment project, says City Council member Mitch Gruber.  And he wants to talk about the rich history of the site as the project moves forward. 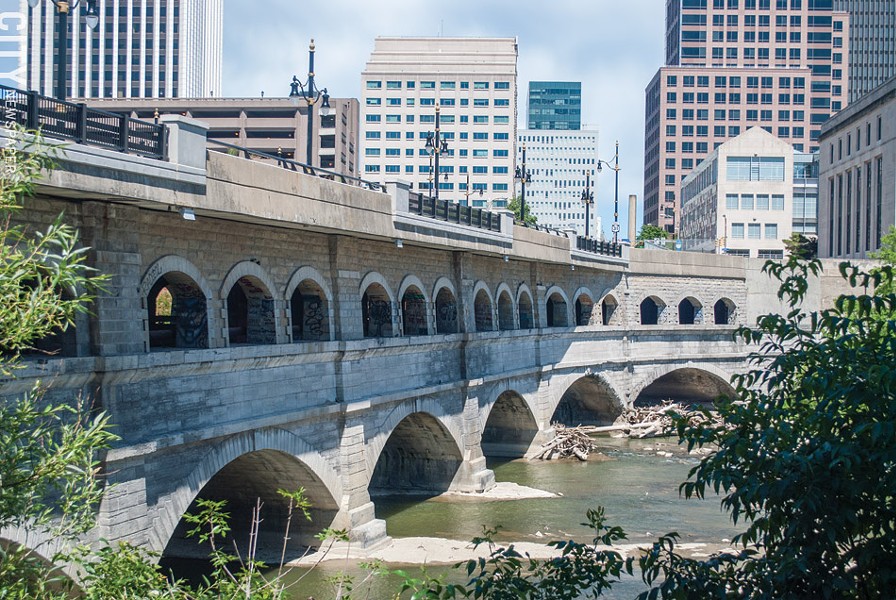 Gruber, a historian himself, will be joined by City Historian Christine Ridarsky, and Michael Brown, assistant professor of history at Rochester Institute of Technology, for a "Community Conversation: The Past and Present of the Broad Street Bridge."   The event will be held Wednesday, June 19, at the Central Library's Kate Gleason Auditorium, 115 South Avenue, at 6 p.m.

The Broad Street Bridge and aqueduct have had three different pivotal roles in the city's history, Gruber says. It carried the Erie Canal through Rochester, which helped make the community a boom town in its early days, Gruber says. In the early 20th century it became a subway bed, though the subway was shut down in 1956.  And by the end of the century, the aqueduct became an unsanctioned gallery of graffiti and street art.

The bridge and aqueduct are about to go into a fourth evolution, Gruber says.  Wednesday's event is aimed helping the public appreciate these assets.

"We need to let the past help to inform the future," Gruber says. "We need to figure out a way to make the amazing history we have be a part of our development."