A large part of Lewis Hine's photographic focus was dedicated to being a witness to and voice for the voiceless. It would be easy to view the Hine exhibit with a sense of satisfied finality about horrific labor conditions and human rights violations, but as described by Renán Salgado, Human Trafficking Specialist with the Worker Justice Center of New York, the fight for labor justice in the United States is far from finished. Salgado toured the exhibition with CITY, commenting on parallels between Hine's work and shedding light on some of today's labor issues taking place right in our own backyard. 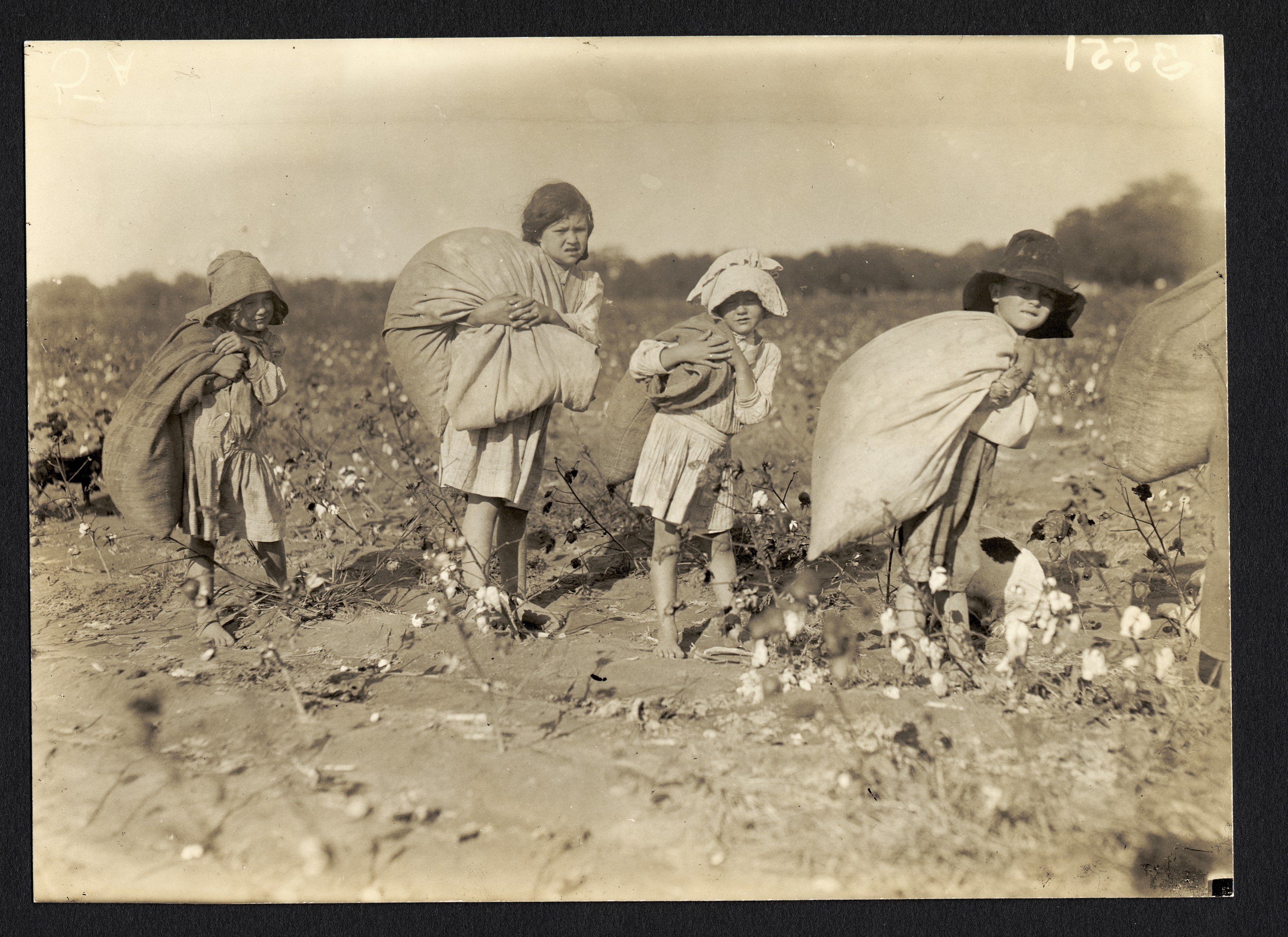 Salgado says he is familiar with Hine's work, particularly because of Hine's themes of child labor and agriculture. He says that Hine's raw images of destitute children, shell-shocked immigrants, and labor conditions are extremely similar to what he sees today, but are largely hidden away from mainstream American culture.

There are 36,000 farms in New York, and if the collective efforts of the team at WJCNY can reach 2000 or 3000 of them, that would be major, Salgado says. The kinds of labor violations and issues Salgado encounters range from poor housing conditions, to verbal, physical, and sexual abuse, to enslavement of workers, or indentured servitude in which the employee must pay thousands of dollars, plus exorbitant interest, to the party who paid their way to the U.S.

We've made progress on labor laws in this country, and not every farm is in violation of those laws, Salgado says. But interestingly, agriculture is the only field in the United States where it is legally permissible for a child of 13 years to work an unlimited amount of hours. And a big problem is the selective enforcement of labor laws, Salgado says, with the disenfranchised humans who migrate from other countries receiving the least attention (in 1996, the organization Salgado works for stopped receiving funding from Legal Services Corporation -- which was the organization WJCNY was formed from -- because they were not allowed to use the funding to assist undocumented workers).

For example, Salgado says the fight to make the employer legally responsible for providing water to workers in the fields was won in the year 2000, but there are very few resources committed to making sure employers follow the law. And farms that use chemical agents on fields are legally bound to post signs that restrict workers from having to re-enter the sprayed fields for specific time periods. There too, Salgado says he has detected a serious enforcement issue.

Salgado has worked for the Worker Justice Center of New York since 2000, and since 2005 has worked in tandem with law enforcement officials and federal agents, helping to form the Western New York Human Trafficking Task Force. Though his main work is in identifying those guilty of committing labor violations in New York agriculture and other industries, Salgado's work has him doing a little bit of everything, from cold investigation, to rescue, to training police cadets.

The primary tactic WJCNY uses is to set new legal precedents, seeking to "bring a case so strong that a judge has no choice but to rule in our favor, in the name of human rights," says Salgado. But WJCNY's foremost responsibility is to the clients, who would often prefer to take settlement money home to their native country quickly, over waiting for what could be years for their case to move through the court system. Roughly 90 percent of cases are negotiated out of court, Salgado says, with the client legally bound against speaking out after a settlement is signed.

Salgado finds clients in three ways: through raw outreach -- by driving to camps where workers live and offering empowerment through knowledge of laws and listening to stories; through tips from people who come into contact with migrant workers, such as clinic workers trained by WJCNY agents to detect signs of abuse; and through informants, who become embedded at farms by gaining employment as workers.

Salgado has to patiently work to gain workers' trust, since being caught talking with him can bring repercussions such as being blacklisted from rehiring, moved to a less favorable job, or beaten.

Human trafficking is more complicated than merely smuggling people into the country. Salgado says that many labor law abusers in agriculture are the contractors -- typically former migrant farmworkers who learned enough English to communicate with growers and know how to get more workers for the growers. Contractors may be licensed by the Department of Labor to recruit workers from their foreign hometowns, and are in a position of extreme power, with the ability to hire, fire, and "grant" rights to the workers. Part of Salgado's job is making sure a background check is performed on contractors, if not by the Department of Labor, then by WJCNY.

Salgado says the modern and enduring labor problems with agriculture in America aren't unique, they are the problems of all industrialized nations, and they are the legacy of slavery and feudalism, which have by no means faded away. And he says that the current manifestation of our economy's health absolutely depends on the exploitation of immigrant workers' labor. There is a daunting, tangled covenant going on between industry and government. Foreign industries gain access to resource-rich land in Central America and destabilize the region. Contractors then displace residents, who become disenfranchised workers brought into America.

Salgado says the invisibility factor regarding farmworker abuses in American society is largely about the insidious normalizing of the subhuman status of immigrants. In this sense, not much at all has changed in the hundred years since Hine was making his photographs. "'40 math teachers living in a trailer' sounds a lot different from '40 migrant workers in a trailer,'" he says.

We got to this place steadily, through decades of culturally ingrained, institutionalized racism, Salgado says. He recalls that Mexicans were the largest victims of hate crimes in New York City when he was growing up, "even among other Latinos." Salgado says the reason is that as long as you were raised in this country, you were "basically microchipped" to hate Mexicans.

"One of the ways for you to have a very successful empire is to be 50 or 100 years ahead in your moves," Salgado says. "The moment they found oil in Mexico, campaigns started to project onto 2014 how we would be treating Mexicans." One example of what he calls a "50-year chess move" is the depiction of Mexicans as lazy or crafty or drunken rodents in 1960s cartoons.

Farm owners may be unaware -- or say they are unaware -- of workers' undocumented status, which excuses them from legal repercussions. This allows for what Salgado calls the "charade" of pay stubs: New York State makes millions of dollars each week from deductions on undocumented workers' pay stubs, money that the workers will never see.

"Big programs that are part of an empire -- which this is -- such as Social Security, cannot exist without that," Salgado says. On the national level, several billion dollars is taken in annually by Social Security. In addition, the United States economy benefits from the purchases that the estimated millions of undocumented migrant farmworkers -- 100 thousand in our own backyard -- make at American businesses while they're here.

Salgado says that the so-called progressive line that "immigrants are only taking jobs that Americans don't want" is a well-manufactured lie, and that reality is more complicated. With a reported 6.2 percent national unemployment rate, we have to wonder if the American desire for these jobs has even been tested.

The US Department of Labor doesn't offer these jobs to Americans because the American economy would lose that free money, Salgado says. Americans also aren't offered these jobs "because we need them to be open for the importation of people that we want to displace from their natural resources," he says. "It's wicked, but it works."