Highlights from an early summer primary

[UPDATED JULY 3] An earlier-than-usual primary election campaign that had candidates, political parties, and election officials scrambling wrapped up last week, with a few surprises (incumbents got the most votes in the Democratic school board primary) and one cliffhanger: the winner of City Council's Northwest District Democratic race wasn't clear until July 2.

Before this year, state and local primaries in New York had been in September, but in January, the State Legislature approved a bill moving that date to June. That forced candidates and parties to make decisions, pass petitions, and raise money quickly. And many voters might not have had their mind on politics as the school year wrapped up. But while Democratic turnout was a low 14 percent, that was slightly higher than four years ago.

The school board race

Come January 2020, the Rochester City School District will undergo another change in leadership, though it won't be as dramatic as it might have been.

Ten candidates ran for four seats on the school board, so it was possible that next year, a majority of the seven-member board would be brand new or nearly so.

But in last week's Democratic primary, voters returned incumbents Beatriz LeBron and Willa Powell and elected newcomers Amy Maloy and Ricardo Adams. Maloy and Adams will replace Liz Hallmark (who didn't seek a second term) and Judith Davis (who joined the board only last January to fill an unexpired term and was running for her first full term).

All four will take their seats in January; no other political parties are running school board candidates in the November general election.

While it's hard to draw an overarching conclusion, the election results don't seem to indicate a particular dissatisfaction with the school board. While turnout was low, there was no significant difference between the number of votes cast for City Council and the school board. In other words, people did care enough about the district and the school board to show up and vote. And the top vote-getters were incumbents LeBron and Powell.

It's hard to see last week's election results, then, as an endorsement of getting rid of the board. 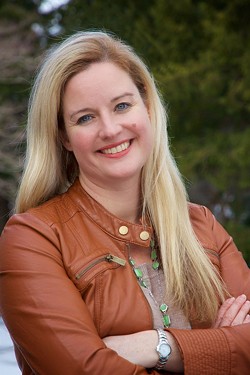 In addition, by winning, LeBron and Powell overcame some perceived handicaps. LeBron's temperament had been on full display in a public spat with activist and fellow school board candidate Howard Eagle, but that didn't seem to hurt her. And while some of LeBron's colleagues initially balked at her frankness, others see her tendency to question and examine details as a willingness to hold people accountable, including fellow board members.

Powell's 20-year service on the board apparently wasn't a drawback for voters, either. In fact, they may have viewed her longevity as an asset, given the frequent changes in leadership at the district.

First-time candidate Amy Maloy will bring her experience as a Rochester school district parent and a Brighton teacher to the board. Ricardo Adams, also a newcomer to politics, is well-known in the community for his years of activism on issues such as poverty, social justice, and education.

Davis may have hurt her candidacy with some critical mistakes in her brief time on the board. Though she wasn't the only board member to publicly attack her colleagues, she sometimes helped illustrate one of the most important findings in Distinguished Educator Jaime Aquino's report: board dysfunction. And she abdicated one of her most important jobs as a board member, refusing to take part in the selection of a new superintendent because she disagreed with the process.

The primary was a mix of good and bad news for board President Van White, who lost his bid for a seat on City Court.

White has been the face of the school district through much of the past difficult year. He publicly pushed back on some of the assertions in the Aquino report. He disagreed with assumptions about the role of board members and superintendents.

But he also has plenty of supporters. As an attorney, he has worked with incarcerated youth, poor defendants, and wrongly convicted individuals, often pro bono. And his service on the school board has certainly given him name recognition. Nonetheless, he came in third in a six-way race for two City Court seats.

The primary may have handed White a victory, though: The next board could be less affected by tension. Newcomers Maloy and Adams made unity part of their pitch to voters. And the current board has already committed to the professional development that Aquino recommended.

New Superintendent Terry Dade may also benefit from a less contentious board.

The future for the school board remains uncertain, though. The November ballot will include a referendum on whether city voters want the state to take over the school district for five years. And late last week, Assembly member David Gantt introduced a one-house bill calling for that take-over. If the referendum passes, state legislators could take up the matter when they return to Albany in January.

Rochester Mayor Lovely Warren, who has pushed aggressively for a change in school governance, has support from City Council, local Regents Wade Norwood and T. Andrew Brown, and some business leaders.

But with the primary over, opponents of a state takeover – including the teachers union, local education activists, and the school board – will likely ramp up a vigorous campaign to defeat the referendum. The result could be one of the most contentious political battles the city has seen in recent memory.

A central question is whether voters believe the district and the school board are so broken that they can be fixed only by a dramatic change in governance.

The current board and the board that will be in charge in January have a brief opportunity. If the June and August graduation rates continue to improve, and parents and teachers like what they see in new superintendent Terry Dade, voters may be reluctant to support the takeover.

If, however, board members can't show that they understand their own role and that of the superintendent, and if they lapse into infighting, whatever improvements the district does make could be dismissed. And that will keep the debate about a state takeover alive.

Both contests were quintessential Democratic primaries; they were a fight for the heart and soul of the party, as the old cliché goes.

Roman, a long-time Democrat and leader of the 26th and 7th Legislative District committees, ran against Micciche, who was a member of the Legislature's Republican caucus until he jumped to the Democratic caucus at the end of 2018. The race was a rematch of the 2015 general election contest, where Micciche, running as a Republican, beat Roman.

This time, Roman got about 63 percent of the votes, and Micciche got 37 percent. They'll compete again in November, since Micciche has the Independence and Libertarian Party lines; in a Facebook post Micciche said he'll continue to campaign. Republican Orlando Rivera will also be on the general election ballot, setting up a three-way race for the seat.

Barnhart was recruited to run for the Legislature by the 21st Legislative District committee's leader, but the committee ultimately chose Sanchez. Barnhart campaigned hard, however, and stuck to many of the issues she's emphasized in her three previous runs for office: government accountability, better transit, and making better use of the county's fiber optic network, for example.

And she got 53 percent of the vote to Sanchez's 46 percent. Sanchez will appear on the Working Families Party line in the general election, but he says he'll be focusing his efforts on helping other county candidates win.

So in 2020, Barnhart will be in the Legislature, though the general election will decide whether Republicans or Democrats have the majority in the chamber, and whether there's a Democratic or Republican county exec.

As a reporter, Barnhart relished her role as a watchdog. If there's a Republican majority or exec, she'll undoubtedly put her skill at aggressive questioning to use.

If the Dems take the Legislature majority, the exec's seat, or both, the caucus and the party will face a whole new dynamic. Each member will have to define or redefine their role, and they'll have to do it without widening the fissures that often undermine the party.

In a quirky Independence Party primary, County Executive Cheryl Dinolfo, a Republican, prevailed over her Democratic challenger, County Clerk Adam Bello. Dinolfo had 55 percent of the vote and Bello had 45 percent.

The contest wasn't really a preview of the coming general election matchup; it was more about a strategic advantage. The Independence Party line can help candidates win general elections. It's an extra line, and some voters do associate it with founder Tom Golisano's prolonged campaign against high property taxes. But some voters also conflate it with a candidate being independent of a party.

There were no huge surprises in three of the four district City Council Democratic Primary races. The party's designated candidates won: Mary Lupien in the East District, incumbent Mike Patterson in the Northeast, and LaShay Harris (who was appointed to Council in April to replace Adam McFadden) in the South District.

The big City Council news was the closeness of the results in the Northwest District. Jose Peo, a mortgage loan officer and vice president of the Charlotte Community Association, narrowly defeated the party's designated candidate, LaShana Boose. But the result wasn't clear until absentee and affidavit ballots were counted on July 2.

All four Council primary winners will face at least one opponent in the November general election. The Green Party is running three candidates: Chris Edes in the Northeast, Alex White in the South, and Dave Sutliff-Atias in the East. Republican Marcus Williams is also running for the South District seat. And Bijaya Khadka is running on the Working Families line for the Northwest District seat.

In the heavily Democratic city, the Democratic candidates will be favored to win the general election. If they do, regardless of who wins the Northwest primary, the Council taking office in January will be a slightly younger one, with two more members – Mary Lupien and Jose Peo – whose background is in community activism, not politics. And the South District's LaShay Harris also has deep experience as a community activist; in addition to serving on the County Legislature, she has been president of the 19th Ward Community Association.

The addition of activists to Council comes at a time when the city is dealing with several issues that community activists have been particularly concerned about: affordable housing and police oversight.

Council will also have two members who work for the Rochester school district: Mary Lupien and LaShay Harris. Both will have to recuse themselves on any vote affecting the school district, as Harris did last month in Council's vote on a referendum calling for a state take-over of the district.