Where the T-shirts are pricey but the pot is 'free'

PHOTO BY JACOB WALSH CITY reporter Gino Fanelli paid $65 for a T-shirt at HempSol and received an eighth of an ounce of Rocket Fuel marijuana as a complimentary "gift."
The store-branded T-shirts at HempSol CBD in Henrietta are pricey at $65 a pop, but the bag of marijuana that comes with them is complimentary.

“That’s an expensive T-shirt, right?” a clerk said during a recent sale. “But, we give you a gift for free.”

The “gift” was an eighth of an ounce of a pungent strain of weed called Rocket Fuel, known for its rapid and sedating high.

Although using cannabis recreationally is now legal in New York, state law prohibits retail sales while legislators hammer out the infrastructure that will govern the regulated market, which is anticipated to be at least a year away.

But that hasn’t stopped HempSol from putting marijuana into the hands of paying customers by taking advantage of a provision in the law that allows adults to transfer, or give, each other up to three ounces of the plant without compensation.

The idea is that customers are paying for the T-shirt, not the weed. Wink, wink. Nudge, nudge.

“This is one of those kinds of cute arguments that, ‘Oh, we’re gifting it,’” said Jason Klimek, an attorney at Barclay Damon in Rochester, who specializes in cannabis law. “But it clearly violates the spirit” of the law.

HempSol owner Jim Mackenzie defended the practice as lawful. He said his store has been offering marijuana as a “gift” with other purchases since recreational use was legalized in the spring, and claimed to have a roster of 16 different strains and counting in stock.

“We started doing that after talking with our attorney,” Mackenzie said. “They said it was a gray area, basically. If you’re not selling it in New York state, based on the law, it’s legal.”

Businesses exploiting “gifting” clauses is not a local or new phenomenon. Reports of such activity have surfaced in nearly every state that has legalized the recreational use of cannabis — sometimes before, and sometimes after the regulatory framework for legal sales was in place.

In Massachusetts, for instance, a juice delivery company called High Speed transported drinks with “free” bags of marijuana. Another business called Duuber dropped off T-shirts with weed as a bonus “gift.”

Cannabis legalization in Washington, D.C., spawned a cottage industry of “gifting.” There were reports of dozens of shops, delivery services, meetups, and even city tour guides getting in on the “gifting” of cannabis products.

One of those shops, Gifted Curators D.C., sells digital prints of street art by local artists, and “gifts” a variety of bud, edibles, cartridges, and extracts. Another outfit there, Bagged Buds, delivers collectible toy cars to paying customers. The ounce of bud that comes with it is a thank you for their business.

Despite proclamations from elected officials, law enforcement, and cannabis lawyers in other states that these transactions violate the law, accounts of criminal prosecution are scarce. 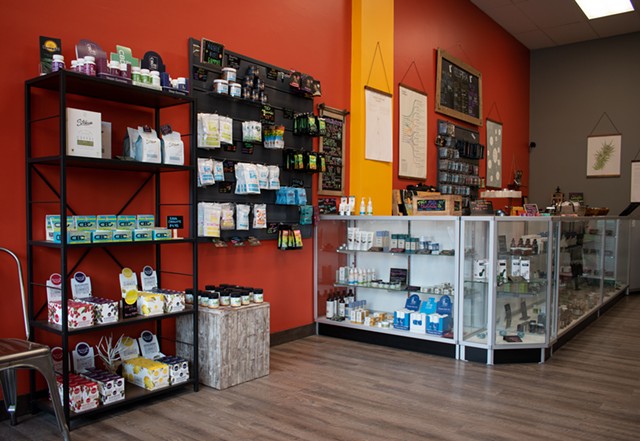 “On the local level, you know, it was kind of very city by city, county by county specific, but you didn’t really see a lot of political will on the local level in a lot of places to prosecute these kinds of crimes,” said Scott Roberts, a cannabis lawyer in Detroit, who analyzed the legality of “gifting” when it surfaced in Michigan.

“As cannabis business attorneys we believe it’s still technically illegal,” Roberts wrote of the practice. “However, the risks of gifting marijuana as described are likely related more to where you set up shop than anything else.”

The Marihuana Regulation and Taxation Act, which legalized recreational cannabis in New York, does not specifically mention “gifting.” But it does reference “selling” and “transferring.”

Sen. Jeremy Cooney, a staunch advocate for establishing a legal recreational market in New York, said that businesses finding workarounds to retail sales through mechanisms like “gifting” is a consequence of the state being slow to craft a clear policy.

“In the absence of a legal market these types of shenanigans, I guess I’ll call them, are going to happen,” Cooney said. “It is not in the spirit of the legislation that we passed in the spring.”

The Senate met Wednesday to name leaders to the Office of Cannabis Management.

“If we have a fully functional Office of Cannabis Management, we’ll move to full legalization and a legal marketplace,” Cooney said. “In the absence of state leadership, we’ll not have the regulations and continue to see these kinds of workarounds.” 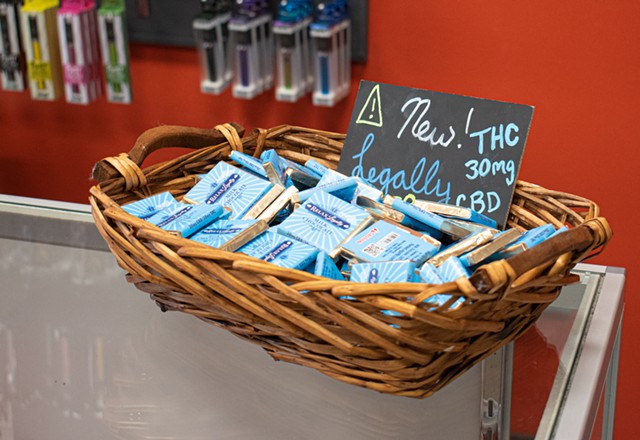 Michael Roche, an attorney practicing cannabis law at Rochester’s Harter Secrest and Emery, said he had not heard of many businesses in New York “gifting” and that he would not recommend it.

“There’s an argument you could do it, but I think it’s pretty clear that it’s a loser,” Roche said. “The reason I say that is the law is pretty clearly oriented toward selling cannabis.”

“If you think of the way alcohol law works,” he went on, “and cannabis law is very heavily inspired by alcohol law, you can’t give away alcohol without a license.”

There’s also the matter of taxation. Under the law, when legal cannabis retail shops do open, sales will be subject to a 13-percent tax.

“Say you go into a local butcher and you buy a steak and get a free eighth, that’s not even subject to sales tax,” Roche said. “There would be no tax, and New York state is not going to allow that to happen.”