The fall always brings out the best of classical music. Here are our critic picks for the fall season.

The 2014–15 classical season is stirring up a wide variety of talents and mediums for the fall. World-renowned guest artists, fearless programming, and interactive concerts are pillars to this fall's offerings. When you've tired of pumpkin farms and apple picking, escape the inevitable early snowflake sighting by checking out some of the following.

Rochester is rich with local talent and regularly attracts legendary acts from around the world to perform in our arts-filled city. CITY Newspaper will keep you updated on what to look out for in the spring. For full listings of the 2014–15 classical music season, and up-to-date information, visit us at rochestercitynewspaper.com.

You'd be hard-pressed to find a better deal in town than the many free concert offerings at the Eastman School of Music. In particular, take in world-class music from the Eastman School Symphony Orchestra and the Eastman Philharmonia beginning on Saturday, September 27, at Kodak Hall. Conductor Neil Varon has put together a bold program of works including Mahler's Symphony No. 1 and Humperdinck's Overture to "Hansel und Gretel." On Friday, October 10, the Eastman Wind Ensemble will give a late celebration of conductor, composer, and pianist André Previn's 85th birthday with a world premiere performance of Music for Wind Orchestra ("No Strings Attached"). The full listing of concerts has something for everyone, ranging from chamber music to Tuvan throat singing, check esm.rochester.edu for more details.

The Rochester Philharmonic Orchestra kicks off its 92nd season with a bang. Ward Stare, the newly appointed RPO Music Director, will conduct a program of Berlioz, Brahms, and Tchaikovsky (September 18 and 20), and world-renowned violinist Midori will join Stare as the pair take on Brahms' Violin Concerto in D Major. Other concerts of note include a visit from 2014 Musical America Instrumentalist of the Year Jeremy Denk (October 2 and 4); 2013 Van Cliburn Gold Medalist Vadym Kholodekno's take on Prokofiev's Piano Concerto No. 2 in G minor (November 13 and 15); and an in-depth look at Rimsky-Korsakov's "Scheherazade" (November 22). Visit RPO.org for more details.

While we're on the subject of visitors bringing their great talents to our city, Grammy Award-winning trumpeter Arturo Sandoval will perform at Kodak Hall on Sunday, November 2, as part of the Eastman School's Eastman Presents artist series. You can also catch our neighbors from the North, Canada's Gryphon Trio (November 18) at Kilbourn Hall as part of the Kilbourn Concert Series. Although it sounds far off, Broadway mavens Audra McDonald (January 17) and Bernadette Peters (April 25) will bring their talents to Kodak Hall. McDonald will perform with the RPO, and Peters is coming as part of the Eastman Presents series. The Eastman-grown but world-renowned Ying Quartet will perform on Sunday, November 16, as part of the Eastman Ranlet series. You can find more about these concerts at esm.rochester.edu.

A theme of pairing film and music has emerged for this season of fall concerts. The Organ and Film Festival 2014 will run from October 23 to 26, screening several films including the French classic "La Passion de Jeanne d'Arc" with live organ accompaniment. Although technically part of its Pops series, the RPO will feature a screening of the 1925 "Phantom of the Opera" silent film starring Lon Chaney, featuring live accompaniment, as a Halloween treat (October 31 and November 1, rpo.org). Perhaps most notably, the RPO will host the popular Video Games Live program on Friday, November 21, which will feature exclusive video footage accompanied by live music from "Final Fantasy," "The Legend of Zelda," "Halo," and more.

Chamber music continues its rise in popularity in the 2014–15 concert season. The Rochester Chamber Orchestra will give two performances this fall, the first being a tribute to the late Jan DeGaetani, renowned concert artist and professor of voice at the Eastman School. The concert in the Hochstein Performance Hall, which will commemorate the 25th anniversary of DeGaetani's death, will feature works by women composers (October 12, rochesterchamberorchestra.org). The Society for Chamber Music in Rochester offers three fall performances, including a Haunted Halloween Night that will feature works by Prokofiev and Saint-Saëns (November 2, at Hochstein Performance Hall, societyforchambermusicrochester.com). First Muse Chamber Music will offer up something interesting on Sunday, September 28, with Amenda and Friends: A Transfigured Night — the Amenda Quartet will play Beethoven, and the program includes Schoenberg's ethereal sextet "Verklaerte Nacht" (firstmuse.org).

For fans of storytelling in musical form, the Eastman Opera Theatre will stage a production of Benjamin Britten's "Albert Herring" on November 6 through November 9. If you're looking to take in vocal music in a more choral setting, the Eastman Chorale will bring Bach Cantatas to Reformation Lutheran Church on three separate occasions this fall: September 21, October 19, and November 16. In addition, the Eastman-Rochester Chorus will join the Eastman School Symphony Orchestra for a stirring concert on December 5 that includes Poulenc's "Gloria." 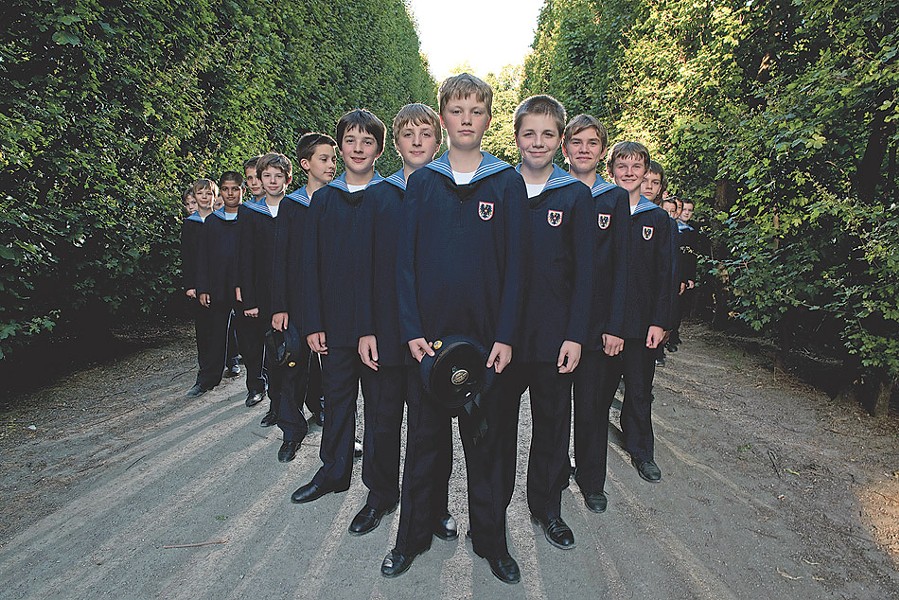 Holiday performances are a welcome way to escape from the cold in our city, and this season offers a nice variety. The RPO will offer its traditional performances of "The Nutcracker" featuring the Rochester City Ballet and Bach Children's Chorus (November 28 to November 30) and Handel's "Messiah" featuring the Rochester Oratorio Society (December 13). If the "Messiah" is your favorite holiday tradition, the Rochester Chamber Orchestra will also perform Handel's classic on Sunday, December 7, at Hochstein Performance Hall. For something beyond the classic Rochester holiday offerings, the world-famous Vienna Boys Choir will perform a "Christmas From Vienna" program at Kodak Hall on Thursday, December 4. Local chamber group Cordancia will perform a series of holiday concerts in Keuka (November 22 and 23) and Pittsford (December 1, cordancia.org).