The history and growth of Yoga in Rochester

These days, you can't go anywhere without hearing about the newest yoga craze. Before the dawn of the Victoria's Secret yoga pants empire, though, things were a little bit different. In the 1950's and 60's, yoga began to spread throughout the United States by the way of the disciples of Sri Krishnamacharya, sometimes known as the grandfather of modern yoga. Yoga societies began popping up across the country and thus, in 1972, the Yoga Society of Rochester was formed as the start of a yoga community in the greater Rochester area.

Rochester's yoga community has come a long way since it started more than 30 years ago. According to Mark Sandler, founder of ABSOLUTE yoga & wellness (713 Monroe Ave., absoluteyoga.org) and former board president for the Yoga Society of Rochester, yoga classes were very different back in the 80's. "In 1989, I began teaching yoga in the attic of a city home on Field Street," Sandler says. "In those days, there weren't many students. It was a nice space that could only hold six students, and eventually I taught a couple classes every week. " 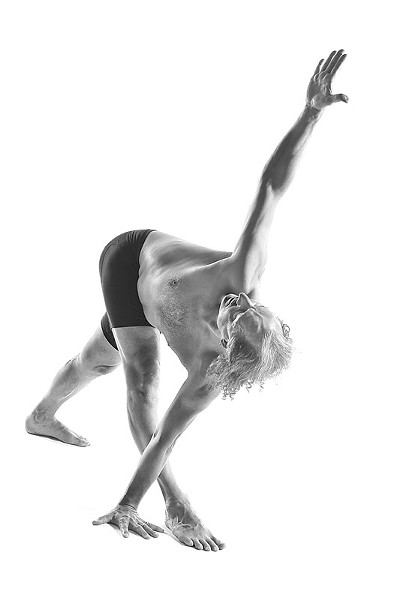 Francois Raoult, owner of Open Sky Yoga (5 Arnold Park, openskyyoga.com), reflects similarly on this simplicity. "The Yoga Society was the main hub for yoga," Raoult says. "I opened in 1985, a small studio on Park Avenue for $100 a month rent." This studio, then known as the Center for Aplomb and Yoga, was the first studio in Rochester to employ professional, full-time teachers. Although official teacher certification programs were rare at the time, both Sandler and Raoult studied with traditional Eastern teachers to bring yoga to Rochester directly from the source.

The community grew as Raoult began to train teachers out of his studio. "Over the last 13 years, about 200 teachers graduated from Open Sky Yoga with the 200-hour training," Raoult says. Aimee Senise Bohn credits Raoult's teacher training for the explosion of yoga in Rochester. "Francois was training teachers from the very beginning," Senise says. "I think that's a big reason why the community grew."

As Raoult's teachers ventured out on their own, things began to shift. Cyndi Weis, a student of Raoult's for 10 years, founded Breathe Yoga (17 S. Main St., Pittsford, breatheyoga.com), which offered a new model. When Breathe started in 2002, says Weis, "we were the first heated studio, we were the first drop-in studio." The drop-in model allowed students to take single classes at their leisure, rather than committing to come once a week. This made yoga more accessible.

Many agree that yoga has taken to Rochester because of its professional and cultural climate. "We have a lot of people moving to Rochester from all parts of the country," Weis says. "A strong yoga studio is a selling point."

Jennel Frere, a yoga instructor at Nu Movement (716 University Ave., numvmnt.com), agrees. "Rochester is a small city, but it's like a microcosm of somewhere like Seattle," Frere says. "Because people know each other so well, yoga is a thing that makes people connect."

Today, there are countless places to do yoga in Rochester — more than 30 — and new studios keep emerging. Erica Denman, one of Weis's former teachers, founded Balance Fitness (7 W. Main St., Webster, balancewebster.com) in late 2013. For Denman, the decision to start something new was about following her heart. "I did my training in Dallas, and really found a style that spoke to me," Denman says. She feels that her experience as a studio owner has been easy in part because it's not her livelihood. "For me, it's a nice little part-time job that builds an awesome community of people."

For others, owning a studio is a full-time gig. In December, Rochester area native Kari Cameron opened Om Yoga LLC (131 S. Union St., Spencerport, omyogallc.com), a small studio located in Spencerport. "I was happiest when I was on my mat," she said via e-mail. "I knew yoga would be my future and sharing it with others my passion." According to Cameron, Om Yoga has been embraced by the Spencerport community, leading her to believe that even more local studios would be a positive thing. "I think we still need more yoga studios to make it more easily available for people that want to practice yoga."

Teacher trainings continue to contribute to the growth of Rochester's yoga community. According to Raoult, "People come from Europe, Australia, Armenia, and Canada to take [my] training, as well as regional and local teachers," says Raoult. "Then they apply the principles to whatever path they choose."

Weis and her daughter Carly recently began offering teacher training at Breathe, and Senise helps run two trainings of her own. These trainings, along with many others offered locally, have been a huge benefit to Rochester's yoga community. "The skill level of many of the yoga teachers is higher now than in the past," Sandler says.

As the Rochester Yoga community continues to grow, more and more opportunities are opening up. Weis thinks that the Rochester Yoga Festival, which took place this past fall, was a step in the right direction. "I think there's an openness to it that's really positive and exciting, so I see that being cultivated." For those who are looking to try yoga for the first time, many local studios offer beginner yoga classes that will introduce newbies to basic postures, class structure, and other important details.

One thing is for certain: Rochester's yoga community has already come very far. Frere, who has been practicing yoga for more than 15 years, notes some key differences. "I started taking classes at Open Sky in 1998," she says. "It was a once a week thing. I did that for a while, and then I would go to the YMCA, where there would be one class. There weren't as many options." Today, however, Frere points out that "[Yoga is] on every corner. Now, everywhere you go, somebody is talking about yoga."

This is just a look at Rochester's yoga community. Have a place you love to practice or a yoga story that wasn't included? Feel free to add it to the piece online at rochestercitynewspaper.com.

Editor's note: Although the reporting was done in February, this story was published after the March 18 death of ABSOLUTE founder Mark Sandler.

Editor's note: After completing work on this article, the author was hired to work for Breathe Yoga. This did not influence the article in any way. 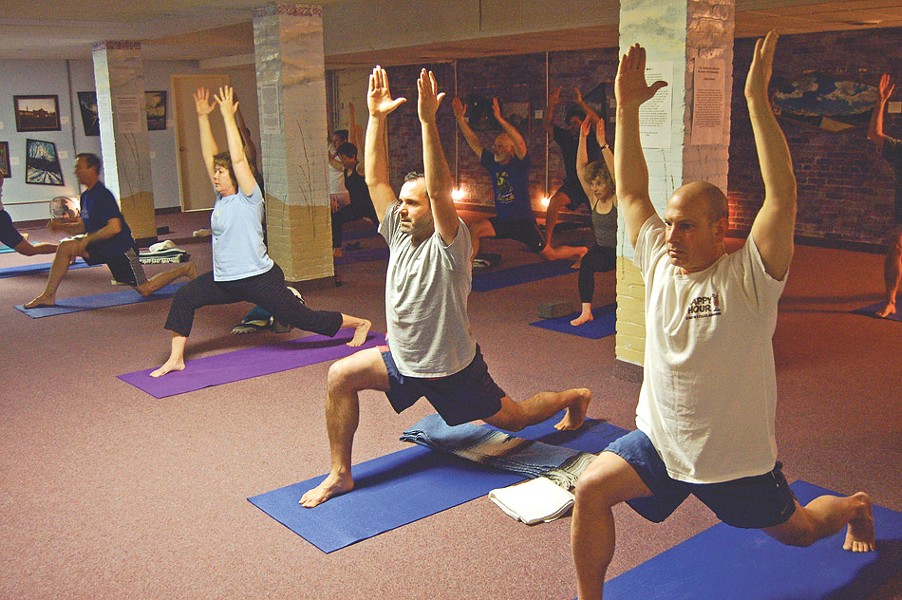