Head to the Roots branches out with versatile pop on 'Seeker' 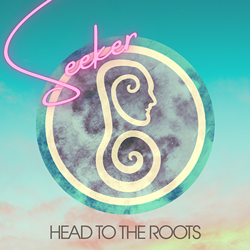 Rochester musician Anthony Siciliano has been releasing music under the moniker Head to the Roots since 2018, distilling heartfelt hippie vibes into catchy folk-pop packages. On Head to the Roots’s new album “Seeker,” which came out in late April, Siciliano continues to pump out life-affirming songs aching to be Top 40 radio hits.

The major development here is that the talented singer-songwriter’s stylistic depth and breadth have grown beyond the straightforward and accessible indie folk to create a diversity of moods over the course of seven meticulously crafted songs.


There’s a free-flowing ease to Siciliano’s vocal delivery, and a warmth of tone that reflects his earnest, open-hearted lyrics. But it’s his uncanny ability to sniff out melodic hooks, familiar but never stale, that makes each track resonate. Fully formed arrangements that transcend simple guitar-bass-drums accompaniment reinforce that comparisons to artists such as Jason Mraz and Vance Joy are understandable — particularly when listening to the album’s single “Feel It All” — but limited and facile.


Siciliano possesses an understated soulfulness that’s ever-present but never exploited to the point of excess. It powers “Fire in the Free,” with its flashes of blues rock panache, but it’s even subtler when it’s embedded in the undulating R&B groove of the love ballad “Late in the Night.”

“Seeker” is a fully formed statement that shows Siciliano entering into a new era of musical maturity. It’ll be fascinating to see what direction he heads in next.