Have yourself a movie little picnic

Try out these summer recipes based on meals from films

People have always taken their movie fandoms seriously. But now it's not enough just to watch your favorite films over and over. And while wearing the t-shirt or reading the graphic novel prequels are all well and good, these days we're all about the immersive experience. 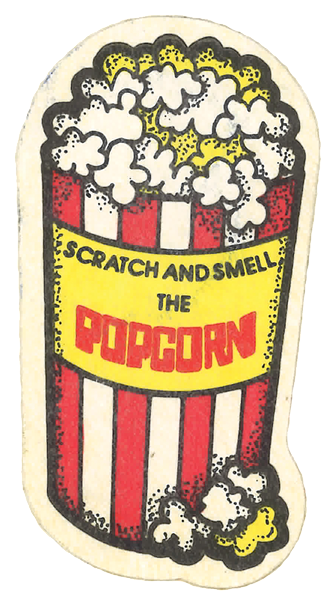 This desire to experience the worlds of our favorite characters is one of the reasons we've gotten pop culture cookbooks inspired by everything from "Game of Thrones" to "Star Wars," "Bob's Burgers," and my personal favorite: "Hannibal," helping you make mouthwatering meals just like everyone's favorite psychopathic cannibal psychiatrist. Though that might just be my inclination toward the macabre talking.

But we at CITY understand, which is why we've put together a few recipes that let you sample meals eaten by characters in some classic movies of the recent past. And while you could make these recipes just for the hell of it, we decided to make this little exercise a bit more useful, selecting dishes that would be totally appropriate to bring along to a summer cookout. You'll definitely make an impression on your fellow guests. 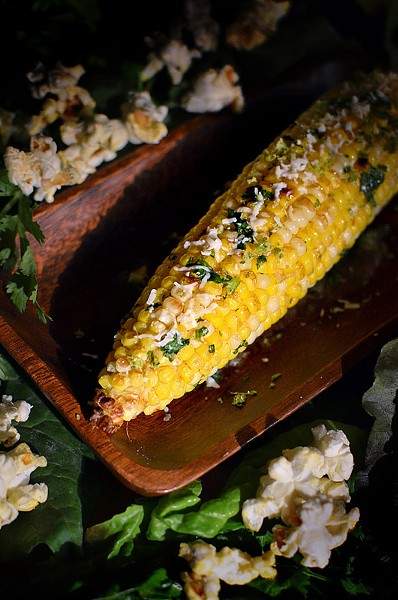 First up is a side dish from the cult-classic grade-Z horror flick "Troll 2," about an ill-fortuned family who take trip to the town of Nilbog and run afoul of a clan of vegetarian goblins who want to transform them into plants in order to eat them (it's a whole thing).

Inspired by the (shall we say... memorable?) seduction technique practiced by the goblin queen, this dish can also be enjoyed in bed with a loved one, while off-camera crew members hurl popcorn at you.

1. Mix butter, cilantro, lime zest and juice, salt, and cayenne pepper together in a small bowl, until evenly blended.

2. Pull open the husk on each ear of corn, leaving them attached at the base. Remove the silk from each ear, and fold the husks back into place. Place the ears of corn in a large bowl (or container) filled with cold water to soak for 30 minutes.

3. Preheat grill to a medium heat. Place corn (husks and all) on the grill and grill 15-20 minutes, turning every 5 minutes or until kernels are tender.

4. Remove the husks, slather with the cilantro-lime butter, and top with grated Cotija cheese.

This dish is inspired by the infamous feast enjoyed by Indy and his cohorts during one of the deadly quests undertaken by the world's coolest archaeology professor in Steven Spielberg's action-adventure favorite.

1. Preheat oven to 400°F. Cut off the beet stems and leaves; discard. Scrub beets thoroughly and loosely wrap in aluminum foil. Placed beets on a rimmed baking sheet and roast for 50-60 minutes, or until a fork or skewer can easily slide into the center of the beet. Let beets sit until cool enough to handle, then rub the outside with a paper towel to peel away the skin.

2. Scrub potatoes, and cut (unpeeled) into halves or quarters. Place in a saucepan and add enough cold water until just covered. Cover and heat to boiling; generously salt the water, reduce heat and simmer for 10-15 minutes, or until potatoes are tender. Drain, and let stand until cool enough to handle.

4. In a small bowl or measuring cup, whisk together the vinegar, mustard, and a dash of salt. Whisk in the olive oil and yogurt until smooth. Pour over the vegetables in the large bowl, add the dill, and stir to evenly coat and combine all ingredients. Salt and pepper to taste. Serve immediately or refrigerate (it's even better the next day).

Who hasn't wanted to sample the tasty burger seen in Quentin Tarantino's wildly influential crime film? It's a big hit with Samuel L. Jackson's Jules, and it comes highly-recommended by his good friend Brett.

4-8 slices of bacon, cooked until crisp

Sriracha Mayo (if making at home, ratio 2:1 mayo to Sriracha)

2. Grill pineapple rings 1-2 minutes per side. Set aside.

3. Grill burgers until nearly desired doneness. Top each patty with a slice of cheese and cook 1 minute more to melt the cheese. Set aside.

4. Split open the hamburger buns and toast on the grill until crisp and golden.

5. Spread teriyaki sauce on the bottom bun, and Sriracha mayo on the top bun. Assemble: a burger patty, a grilled pineapple ring, 1-2 slices of bacon, a slice of onion, and a lettuce leaf.