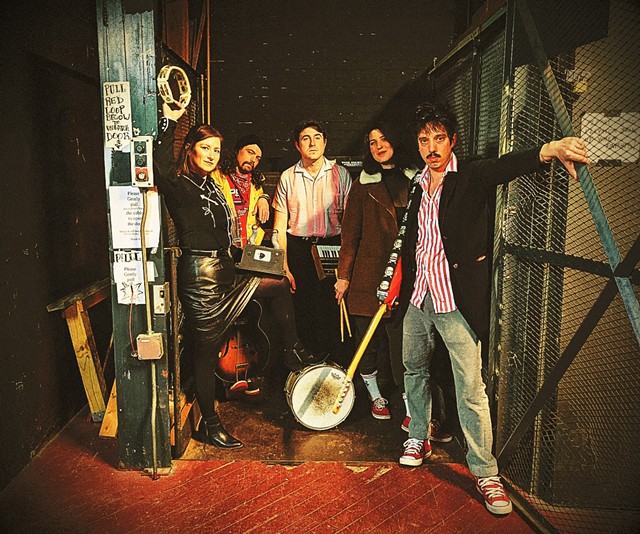 The Rochester-based garage-surf rock outfit Harmonica Lewinski is coming out of its cage for a show alongside local avant-pop showman Beef Gordon at  Abilene Bar & Lounge on Saturday, July 3. The 8 p.m. show will serve as a snapshot of Rochester’s lively DIY scene, pairing the quintet’s heady brew of primitive surf punk with Gordon’s shadowy charm.

Harmonica Lewinski burst onto the scene in the early 2010s with its raw, twisted mix of campy surf rock and sloppy garage punk, drenched in reverb and wacky effects. On Saturday, the band will perform its first show since the release of last year’s 10-inch record “Human BBQ,” a manic blast of scuzzy, crate-digging nuggets and rough-ended freakbeat tunes that sit somewhere between The Cramps and Man or Astro-Man?.


Now with an updated lineup — consisting of guitarists Joe Bushen and Docks Bushen, bassist and keyboardist Luke Bushen, and drummer Anna Liebel — the group never stopped working on new material. But at times the musicians wondered if they’d ever take the stage again.

“It feels like it's just a celebration of making it through the past year and a half,” Joe Bushen said via email. “I've heard so often how people have really missed seeing live music and I'm excited for us all to get back together and party.”

On June 20, Harmonica Lewinski unveiled the second video in its new series of informal, rehearsal-style home videos. The 13-minutes-long “Last Days” highlights the band’s quirks as it rehearses a song that just won’t end and withstands the departure of two of its members in the process. The video also shows glimpses of three new tracks that the band plans on performing Saturday night alongside reworkings of old material.


“We’re playing for the first time without our original bandmates Jeremiah and Lindsey (Richards) who moved to Las Vegas in March to try to make it big,” Bushen explained. “Half of our set will be newer stuff, but even the old stuff will sound new with this new lineup.” The band is also planning a new EP it hopes will see the light later this summer, along with possible return of their Durand Beach party series. 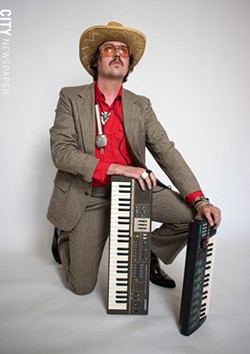 Earlier this year, Gordon released three stand-alone singles about topical events, written and recorded the week they came out — including the collaborative “Ashes” with alt-folk artist Hieronymus Bogs. “I used this process because I have a couple of unreleased records that I have been sitting on and I wanted to force myself to not be precious about songs,” Gordon said via email.


On the punchy “Dear Melinda,” Gordon’s hypnotic vocal quality grows ever more romantic and tense as he repeats in the chorus: “Dear Melinda, here’s my telephone number, 347-614-2062.” Gordon also says he’s been digging through his archives and pulling out previously unperformed songs such as “Slow Kissing,” which he might perform this Saturday.

Brace yourself to be bewitched by Harmonica Lewinski’s blistering surf guitar touches and serenaded by the entrancing, if unsettling crooning of Beef Gordon.

Tickets for the event can be purchased at abilene.showare.com or at the door ($15 in advance). Abilene requires proof of vaccination upon entry.