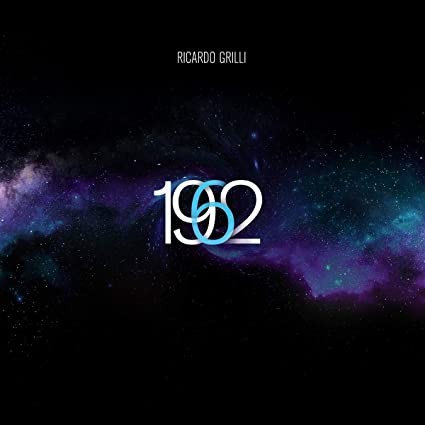 Born in São Paolo, Brazil, guitarist Ricardo Grilli studied at Boston’s Berklee College of Music before settling in the jazz-rich borough of Brooklyn, New York. All of those places, combined with events related to his life, serve as the inspiration for his excellent new album, “1962.” The title is the year his mother was born, just as his previous album’s title, “1954,” was the year of his father’s birth.

The 1960s provide Grilli with a great deal to interpret, even though he was not born until 1985. His native country, Brazil, experienced a military coup in 1964 that would initiate two turbulent decades. The 1960s also brought crosscurrents in music between Brazil and the jazz scene in the United States. But if you are looking for literal or tone-poem-like interpretations of any specific events, they are not here. Instead, Grilli offers a more intangible evocation of the times and places.


Grilli is a formidable composer in a variety of styles, and is also a versatile guitarist, slipping easily from shimmering legato runs to rhythmic comping. On “1962,” Grilli is joined by a top-notch crew: Kevin Hays on piano, saxophonist Mark Turner, bassist Joe Martin, and Eric Harland on drums. All of them are excellent with solos and ensemble work. Hays is especially strong on Grilli’s abstract tune “Signs.” Turner, one of the world’s finest sax players, shines on every flight.


The opener “1954-1962,” a solo guitar piece with electronic effects, nicely conjures up mid-century changes in popular music. Tunes like “Lunático” and “Coyote” showcase Grilli’s Latin roots, while “Mars” and “Voyager” are indicative of his fascination with space exploration. The up-tempo, hard-bop “183 10th St.,” featuring a powerful drum solo by Harland, brings us back down to Earth with a title that’s the address of Small’s, the influential New York jazz club.