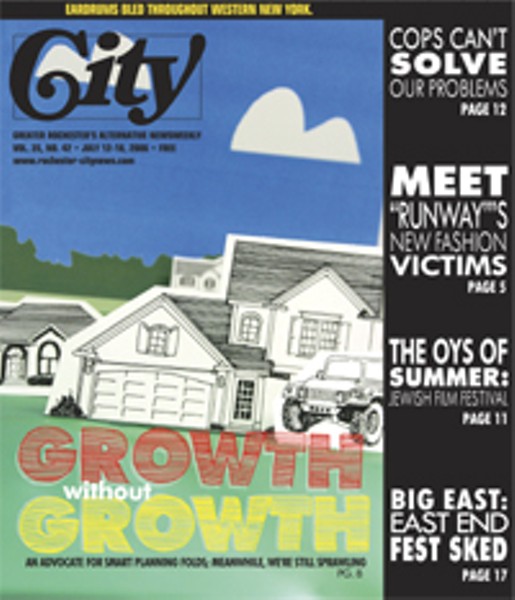 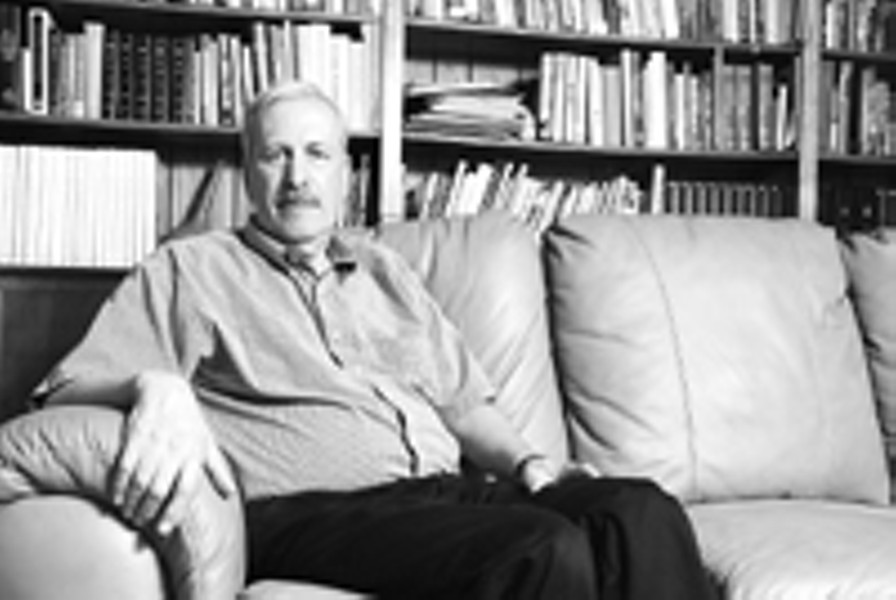 Gary Ventura Neil Jaschik: "If we go down the path that we're on right now, this will not be the community that attracted me and many others." 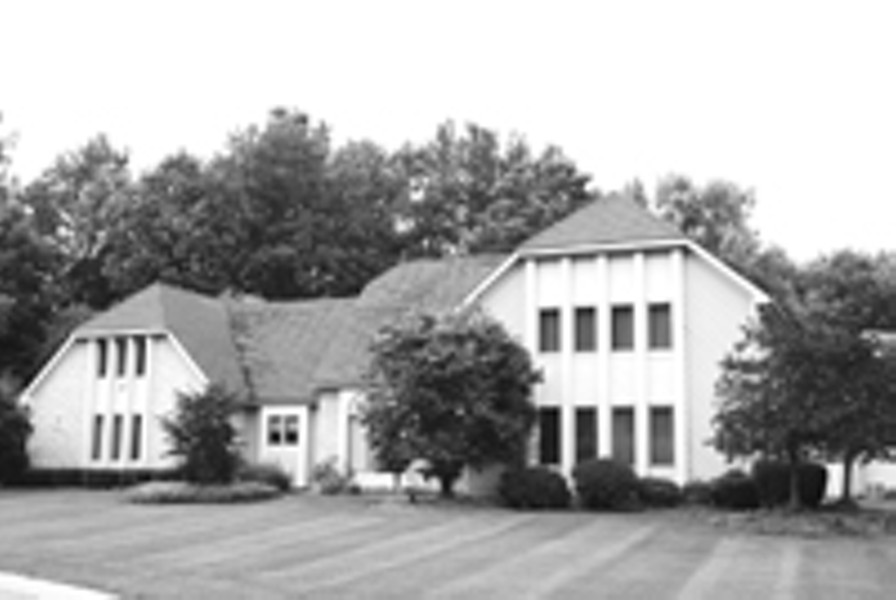 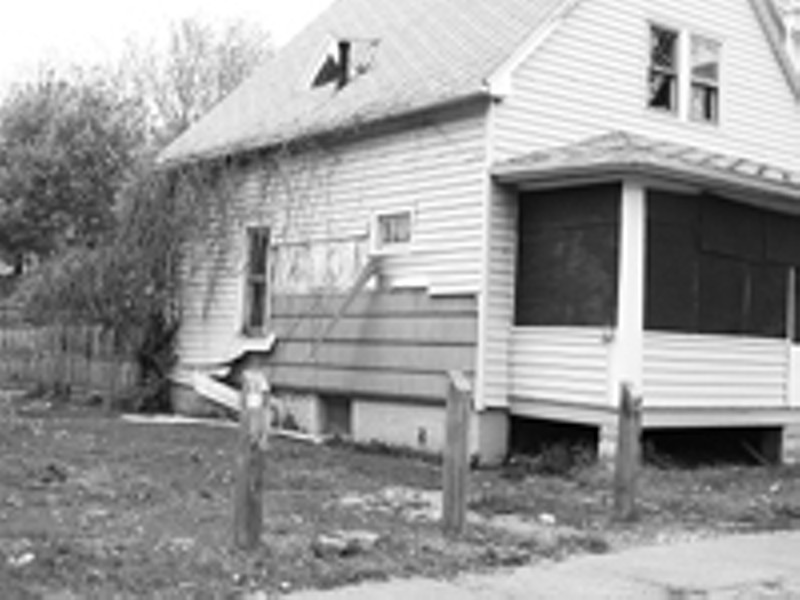 Like a lot of people, Neil Jaschik has his e-mail set up to append a quote to each outgoing message.

Jaschik's, attributed to the second-century Rabbi Tarfon, reads this way:

"It may not be your obligation to finish the task; but neither are you permitted to refrain from beginning it."

They're fitting words for anyone engaged in the often Sisyphean task of promoting healthy land-use planning. But they're doubly so considering the contents of the e-mail that accompanied them to our inbox:

"I am sorry to have to inform you," the opening sentence read, "that due to loss of funding and staff, the Common Good Planning Center will no longer be functioning as it has in the past, effective July 1, 2006."

The e-mail takes a Tarfonian twist, assuring its readers that the center is working to bequeath its mission --- "developing communities in ways that are ecologically sustainable, economically productive, and socially equitable" --- to like-minded organizations in Rochester.

Still, it's not hard to feel as though this marks the end of an era. Sprawl hasn't stopped; between 2000 and 2004, MonroeCounty added more than 6,000 housing units while losing nearly 27,000 people, according to the US Census Bureau.

And while sprawl continues, one of the few local organizations focusing on growth and planning policies is folding.

Despite what Jaschik describes as a growing awareness of the problems associated with sprawl, the CommonGoodPlanningCenter never gained a financial foothold.

"The foundations had been very generous to us in getting us started," Jaschik says. "But all foundations have a basic policy that they don't continue with operating funds indefinitely, so the challenge to find other sources of funding was always in front of us."

That support never materialized. Part of the reason was that the center never had the time or staff to create the kind of innovative programs that large national foundations will fund. But Jaschik lays some of the blame on the complexity of the issues at stake.

"People see the stuff at the top --- the dependence on the car, the concentration of poverty, and all the other ills that bad development brings --- and they focus on dealing with those issues --- which they ought to, certainly," he says. "But the foundational problem of the way that we develop, which is the underlying driver of this, is not something that people get all lathered up and excited about."

Jaschik, a planning associate who's been with the center since its inception eight years ago, is uniquely positioned to talk about what he calls "the built environment" in Rochester. With a bachelor's degree in civil engineering and a master's degree in planning, he spent his career working on growth and related issues for Monroe County and the Genesee Transportation Council. The conditions he sees today don't please him.

In a recent interview, he talked about those conditions, and what the community ought to be focusing on. Following is an edited transcript of that discussion:

City: What's changed in terms of the built environment and how it affects people, and what hasn't?

Jaschik: Well, probably the problem is what hasn't changed. We still continue to sprawl, build in the suburbs --- not only build in the suburbs but do it in a way that increases housing size, increases land that's being used, increases our dependence on the automobile, continues to screen out affordable housing except in very limited instances, and continues to concentrate poverty. And there's just been very little attempt to turn these forces around. So it's been a frustrating eight years.

I worked on a very good report called Benchmarking Greater Rochester that was done with the assistance of the Center for Governmental Research. We looked through a whole host of indicators --- demographic, economic, transportation, social, and other indicators --- of what's going on in the Greater Rochester area, vis-à-vis about 30 other metropolitan areas. And we sort of did a US News and World Report ranking thing. We showed how in certain measures, the Rochester area was way behind and in other measures we were very good.

In basic resources, Rochester was really ahead of the curve, particularly in terms of brain power. And one of the measures of that was patents per capita. I think we were like second or third in the country, just behind Silicon Valley. So on the input measures --- the relative education, the kind of companies we had here --- we had it.

But on the output measures --- the growth in income, the environmental condition --- we were down in the bottom third. What that told me was that we have tremendous resources, but we are not using them effectively. And one of the main reasons is that we do not cooperate as a community. We don't put it together and plan as a single regional entity. And that has been one of the main messages the CommonGoodPlanningCenter has tried to get across.

You do have occasional cooperative efforts where towns and villages might plan together jointly or under the Quality Communities Program. The three western towns and OrleansCounty, for instance, put together a joint planning effort. But it's just hit or miss, and there's not real pressure or persuasion to maintain that.

That report, which came out in late 1999, did have a little bit of buzz attached to it, and people did look at it. Unfortunately, as with so many of these reports, after the initial buzz nobody used it as we hoped it'd be used: as a focus for a plan of action.

You've said you hope some other organizations will pick up some of this work. What are some of our biggest challenges?

The biggest is this: Don't let any more of our precious resources go away. Make this an attractive community to maintain. There's been a whole lot written already about the brain drain, so I won't beat that into the ground, but that's real, and that's a major concern.

Because we are not growing, we actually have an opportunity. There's no reason to continue additional development at the scale that it goes on. The reality that we're running out of fossil fuel will make an impact on people's psyches --- to understand that we have to rethink the way we live and travel and work and relate to one another.

Whether there's enough time for that to affect what actually goes up on the ground: it could go either way. We're still inundated with those messages from corporate America and others, that you can continue to aspire to your 4,500-square-foot McMansion on 5 acres of land out in the boondocks, to have three Hummers in your garage.

You're always accused in this business of trying to make people feel guilty about what they're doing. That's really not what we want to do, but we want people to use their heads a little and think about the impact not only on their lifestyle but on the community at large.

If we go down the path that we're on right now, this will not be the community that attracted me and many others. I still love this place. It's still got resources that are unbeatable. My family and others live in relatively big cities: Baltimore, Washington, New York, Boston. They're wonderful places, but they don't have the accessibility of Rochester. They don't have the intimacy of Rochester, and [other cities] don't have the quality of the kinds of professional things that people look for. It's here, and it's here at a wonderful level, and we're going to lose that.

What would you identify as the underlying driver? Planning?

Yeah, planning and development. The way we let our communities grow and increasingly segregate ourselves both racially and by class and income. We're all in this together, and until our environment and our own actions reflect that, we're not going to get out of [our problems]. It's the same thing with the structural problems of New York. People are not going to be: 'Wow, I'm really excited about changing the rules of the New York state legislature.' But those are foundational issues, and if you don't deal with them, you'll never be able to come to grips with the problems you're concerned about.

Along those lines, what are the most disturbing trends that you've noticed over the past eight years?

I think the lack of interest in trying to come together as a region --- because none of these problems are going to be solved unless we cooperate. And it's going to take more than just entering into these so-called voluntary arrangements. Because it's like a cartel: as soon as one entity sees its advantage to break out of the system, it will.

I know this is heresy in New YorkState, but you do need some requirement, some mandate from on high that says certain levels of decisions can only be made at a regional level or at a county level.

David Rusk [the nationally known regionalism expert] put out a report a couple of years ago that made the point that waiting for New York to come together and try to create the regions like they did in Ontario is going to be like waiting for Godot. But counties, at least in Upstate, could serve as very real proxies for that regional government if they got off their duffs and tried to exert some more authority. So, yeah, I think there's some hope that can happen.

What are the most positive things you've noticed in the past eight years?

Well, I think more people are certainly aware of the importance of this issue. Unfortunately, not enough to keep the CommonGoodPlanningCenter going, but enough to start making noise. And some of the towns are beginning to pay attention to these concerns. They are updating their master plans. They're talking seriously about bringing their zoning into the 21st century to deal with those issues. There's some realization that if we don't support the central city, we might as well just cash it in, because you can't be a suburb of nothing. I mean, you have a lot of these catch phrases and clichés, but they're true. And slowly but surely people do catch on.

David Rusk talked about Rochester reaching a tipping point, where once you get beyond a certain point, you can't recover. Do you think we've reached that point?

I think using the measures that he used in defining that, and using more current data than when he came here back in the late 90's, you might see that. I don't know for sure. I think it had to do with the percent minorities living in the central city, the difference between the median income of the central city and the suburbs....On all of those measures, we have certainly gotten worse. But I don't think that tipping point was an absolute thing. If you use that kind of stuff to say, 'Well, we're over the falls; we might as well throw it in,' it's not going to be very helpful.

Why is there is a visceral reaction in this country against smart growth or centralized planning?

Because it's against the American way. This country was founded on individual liberty: 'my home is my castle,' 'don't tell me what to do,' the fear of government --- some of which is legitimate, but not all.

It may have changed over time, but the difference between the way an average Canadian or British citizen views their government and the way an average American views their government is the difference between night and day. Obviously they also complain about taxes and corruption and incompetence. Unfortunately, people don't get that lathered up about the corruption and incompetence within corporate America, but that's another story.