January 19, 2018
For decades, the vacant Vacuum Oil refinery on Flint Street has been a drag on the Plymouth-Exchange neighborhood. The hulking building with boarded-up entrances and broken-out windows sits on land that's seriously polluted with petroleum and other refining-related pollutants.

DHD Ventures bought the property a few years ago and intends to redevelop it for residential and mixed use. That's given neighborhood residents some optimism that the property would finally get cleaned up. And they've hoped that the developer would pursue the highest level of cleanup spelled out under the state's brownfield program, where developers get tax credits for remediating and reusing polluted sites. 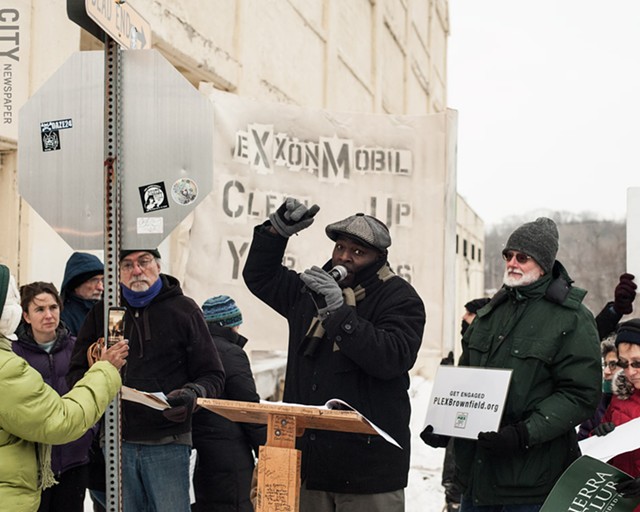 DHD submitted a proposal to the DEC last year that outlined a cleanup approach expected to cost $17 million. The developer proposed tearing down the buildings on its properties at 5 and 15 Flint Street; excavating contaminated soil, in some cases digging 15 feet down into the bedrock; and hauling the dirt off-site.

But now neighborhood leaders say they're worried DHD may pursue a less aggressive cleanup. Whether it will is unclear, though as last year's proposal shows, brownfield cleanups can be incredibly expensive. As developers prepare projects, they generally balance their site prep and construction costs with future income potential. A state Department of Environmental Conservation representative says the agency hasn't yet received a cleanup application from DHD, but any such application would go through a public review and comment period. 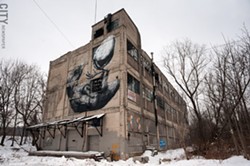 "It's about protecting lives and making sure the future and our current residents are safe," Dorian Hall, vice president of the PLEX Neighborhood Association, said during a press conference yesterday. Hall was joined by members of the Rochester Sierra Club chapter, Showing Up for Racial Justice, Mothers Out Front, and the Rochester People's Climate Coalition.

In the absence of a concrete cleanup plan, the groups are urging the public to comment on a draft environmental statement the city prepared, outlining a reinvestment and redevelopment strategy for the vacuum oil area. The deadline for comments is January 31, and the groups have set up a page at plexbrownfield.org to collect input.

This is where things get especially complicated. The former refinery is part of a larger brownfield opportunity area that includes three major properties, all requiring some sort of cleanup.  DHD owns the former refinery at 5 Flint Street and a former dump at 15 Flint Street; the City of Rochester owns some of the adjacent land, including the strip directly along the river; and then there's the Refinery at 936 Exchange Street. Foodlink owns the building for now, but it leases it to the Refinery's managers, who have the option to buy the building. The managers are working with the DEC to investigate the nature and content of contamination on the property.

Hall argues that whatever level of cleanup DHD decides to pursue will likely dictate the level of cleanup the city does on its property.  PLEX residents have struggled for a long time with disinvestment and neglect and they're now confronting issues with gentrification, such as housing speculators, driven by the growth at the University of Rochester and the potential redevelopment along Flint Street, Hall said. The community deserves to have the properties thoroughly cleaned up and redeveloped in a way that benefits residents and doesn't displace them, he said.

The neighborhood association also wants a park built in the area so children have a place to play, a hardware store, and a supermarket, Hall said. It wants the city to keep the high retaining wall around the river to protect against flooding, and it also would like some sort of nature preserve.

"The development is going to happen," Hall said, "but we want to make sure we're at the table."