December 19, 2017
Local labor leaders, progressive groups, and restaurant workers are pushing back on proposed federal regulations that could drastically alter how tipped workers, such as restaurant servers, actually collect their tips, or whether they even receive them.

The regulations basically change who owns a worker's tips, says Mohini Sharma, an organizer for Metro Justice, one of coalition members. Under current federal regulations, the worker owns the tips, though employer-required tip pooling and sharing among front-end workers is allowed. But the percentages have to be clear and all of the money must go to employees. 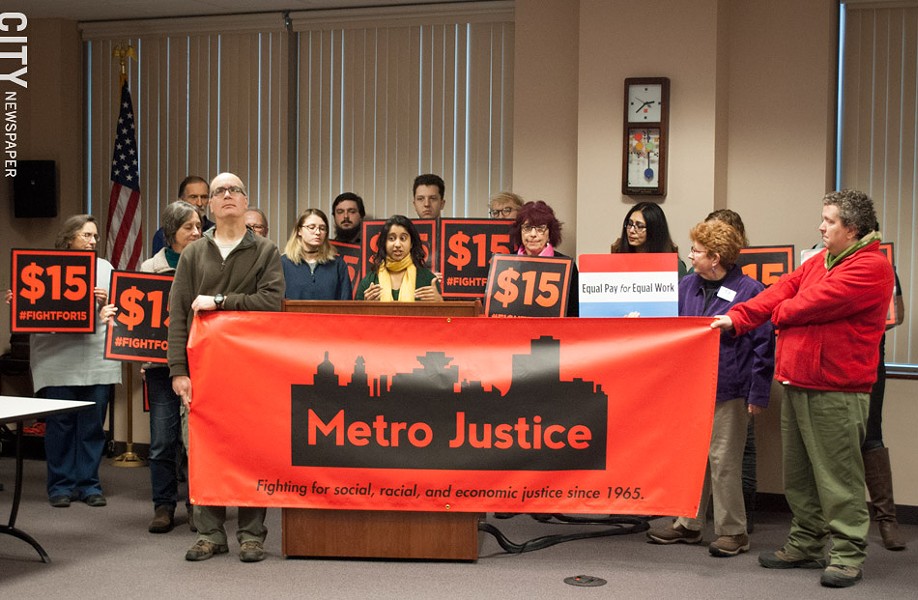 The federal regulations would make all tips property of the employer, Sharma says. And it would give management discretion over how much of that money — if any — it gives back to the employer.

"It opens the door for a lot of new abuses from management," Sharma says.

The Economic Policy Institute, a think-tank that studies issues affecting low- and middle-income workers, says tip theft by employers is already a problem, even in places where they are prohibited from taking a cut of workers' tips. It cites research on tipped workers in Chicago, Los Angeles, and New York City that found 12 percent of  if them had tips stolen by an employer or supervisor.

"With that much illegal tip theft currently taking place, it’s clear that when employers can legally pocket the tips earned by their employees, many will," says the report. "And although the bulk of tipped workers are in restaurants, tipped workers outside the restaurant industry—such as nail salon workers, casino dealers, barbers, and hairstylists—could also see their bosses start taking a cut from their tips."

The institute also says research shows workers in restaurants and bars are more likely to be paid less than minimum wage than workers in other industries, and that that situation sometimes occurs when "an employer confiscates tips."

Governor Andrew Cuomo recently directed the state Labor Department to evaluate changes to New York's minimum wage for tipped workers. The state currently sets a different, lower minimum wage for tipped workers in places such as restaurants and bars than it does for workers in other industries. Cuomo wants the department to consider eliminating the discrepancy.

Restaurant Opportunities Center, an organization that advocates for restaurant workers, has been pushing for such a change, though not at the cost of workers' ability to receive tips.