July 24, 2020
Greg Best’s new five-song collection, “Damage,” is the second in a trilogy of EPs that intimately and unflinchingly chronicles the musician’s struggles with mental illness and the processing of trauma associated with it. Using a dark pop-metal palette, the Rochester multi-instrumentalist and producer has created an undeniably personal project. 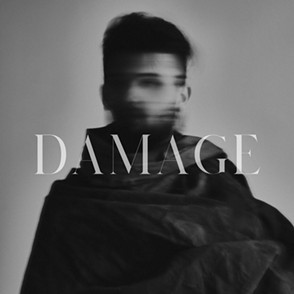 Best arrives at his songs the way a traveler might come across a found object with no apparent owner, as if his creation of it were coincidental.

“It’s almost like somebody pressed play, and there’s a speaker hidden in the room somewhere, and I’m just like, ‘Ok, I guess that’s mine now,’” Best says.

As evidenced by the songs on “Damage,” what Best heard emanating from those secret speakers was a fluid melange of slick and smooth pop vocals, sludgy and melodic metal guitars, virtuosic prog rock solos, atmospheric and ’80s-esque synths, and occasional primal screams that invoke the visceral trappings of hardcore and death metal. The overall sound, which strongly recalls the 2000s-era alternative rock of bands such as Linkin Park, Incubus, and Editors, is accessible but undeniably heavy in spots.


Best’s previous EP, 2018’s “Homecoming,” featured airier, sometimes ambient textures, as well as more spacious instrumentation. But the 31-year-old songwriter wanted more low-end timbres and a darker sensibility on “Damage” — as if the instruments had been painted with a glossy black finish and the listener could hear the difference.

“Homecoming” was characterized by sorrow, the feeling of being lost, without any steady foundation underneath him, Best says. By comparison, “Damage” is rooted in a more definitive state of pain and despair. 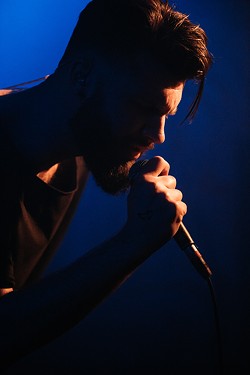 “It’s like you’re being pulled into a gravity that you didn’t want to be a part of,” Best says of the emotional reality articulated on the EP, which was released July 24. The musician played all the instruments and recorded, produced, and mixed the album himself.

Best’s struggles with mental wellness and susceptibility to depression began at an early age. He remembers, at the age of five, being fearful of people, wanting to disappear rather than be noticed. In his late-teenage years he experienced a shame that kept him from functioning and coincided with suicidal thoughts, he says.

Some of the songs on “Damage” were written as far back as five years ago, when Best was living in Minneapolis and serving as music director at an Evangelical Christian megachurch. While he had initially thought he had found a supportive religious community, he later found it to be “toxic” and “cult-like,” he says.

At the time Best was dealing with suicidal ideations of his own and he was also struggling with having lost several people who were close to him to suicide, including his cousin in 2011 (Best dedicated “Damage,” released on the ninth anniversary of his cousin’s death, to his memory). Best says the church members were unempathetic, insisting that he express joy and deny the reality of his experience, at the expense of his well-being. 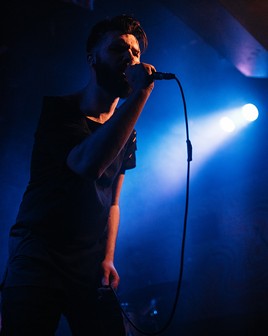 “In your grief cycle, you always want to try to make sense of something,” Best says. “But for me it was like, ‘Why the hell did I ever believe this stuff? Why did I let people treat me the way they treated me?’ I let people abuse me, and this record is basically like, ‘I’m leaving this all behind, and I’m choosing myself over all of that at this point.’”

“Damage” is a detailed emotional account of Best’s psychological turmoil, written in real time. “It was when I was in my darkness that I heard all of it,” he says of the EP. “That’s when that secret bluetooth speaker turned on.”

Best, who has been diagnosed with complex post-traumatic stress disorder, sees the album not just as a document of his past emotional state, but also a cathartic way to process things in the present.

“I feel like I can own all of the dark emotions a lot more now,” he says. “I think for a while, they owned me, but now I get to own them. And that’s also years of trauma therapy.”


On “Presence in the Absence,” Best fights against dissociating from his feelings, his connection to loved ones both dead and alive, and the sense of identity wrapped up in those connections: “What if you’re real/ What if you’re not/ What if you’re the one I loved and lost and then forgot.” On the closing track “Someone Else,” Best harmonizes with himself, symbolizing the conflict between the person he wanted to be and the person he was being held down by. “What do you want/ What do you want me to be/ What do I need/ What do I need me to see,” he sings, before claiming freedom over the shame, fears, and falsehoods he had previously internalized.

Although “Damage” required Best to dig deep, he sees its potential as a means of encouragement and validation for others in their own lives. “This record has done my soul justice, and I hope it does for you in some way as well,” he told attendees of the EP’s virtual listening party over Zoom on July 23.

When asked what feelings the music may have conjured for them in relation to their own experiences, some of those present for the live preview expressed a deep resonance with the songs.

“I just felt so seen,” said artist Molly O’Riley who, under the moniker The Darling Revolution, had created five abstract paintings for the occasion, each inspired by a different song on the EP. “Greg’s experiences really mirror my own.”

Another attendee, Christian Rivera, who has struggled with mental health issues since he was 11 years old, said music has been a positive way for him to understand and negotiate his feelings. He described Best’s music as “safe passage to travel through the dark night of the soul.”

“It’s a very emotional record,” Best says. “The content’s pretty heavy, and I want it to be like the new form of a sacred space for someone that maybe has gone through similar trauma. And they can maybe just find that new sense of self, and a new sacred space, and a new safety.”


“Damage” is available on all digital streaming platforms. Best will be donating all royalties from streaming to Haven —an organization dedicated to helping women of color heal from the effects of racial trauma — and the American Foundation for Suicide Prevention.