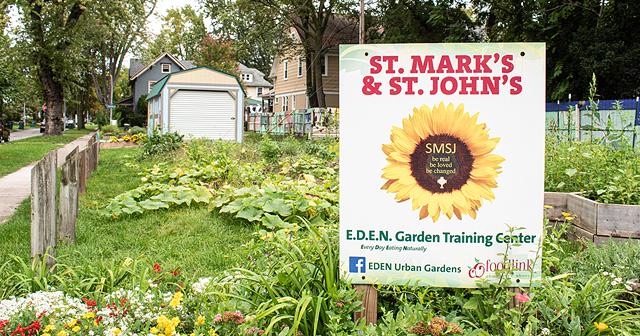 Grant funds totaling $150,000 will help several organizations purchase six community garden sites in the Beechwood neighborhood from the city of Rochester and offer programs at the plots.

Taproot Collective, a local urban agriculture advocacy and education organization, will receive the grant funding. But the six properties in question are owned by the city, which has negotiated their sale to the City Roots Community Land Trust to keep as gardens in perpetuity. The gardens at the sites are operated by St. Mark’s and St. John’s Episcopal Church, which is located on Culver Road in Beechwood.

“It’s going to allow us to create a route for everyone to use, to have access to green space, to have consistent long-term rights to green space in their communities in the city,” said Leslie Knox, chair of Taproot Collective’s board. 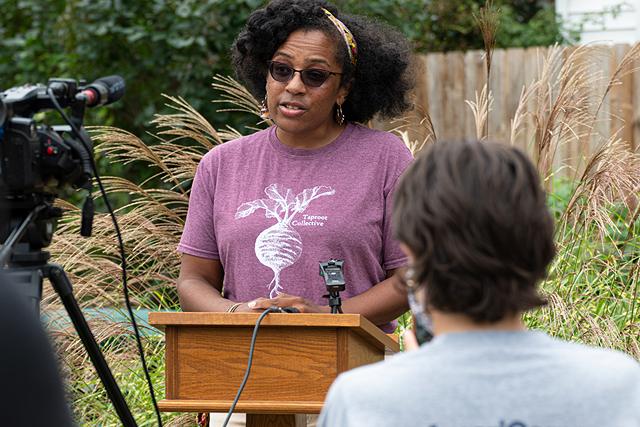 Ultimately, how the gardens will be improved and operated depends on what Beechwood neighbors want and need from them, Knox said.

St. Mark’s and St. John’s started the gardens eight years ago as part of a Foodlink program where community gardens grew produce for local food pantries, explained the Rev. Cindy Rasmussen, the church’s rector. The gardens now generate over 4,000 pounds of food a year and already serve as program sites.

The church has always been clear that the gardens are for the people who live around them. They aren’t fenced in, and neighbors stop by and pick things from it, Rasmussen said.

“These are spaces that are safe, they’re supposed to be — and I think they are — inspirational,” Rasmussen said. “There’s a lot of creativity that happens with gardening.” 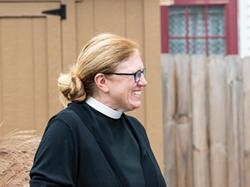 Over the years, the church has developed relationships with the other partners around the E.D.E.N. (Every Day Eating Naturally) gardens, and the grant announced Wednesday will mean that the groups will work even more closely together, Rasmussen said.

Most of the money is coming from the Funders Network’s Partners for Places program, which works to support partnerships aimed at building equitable and environmentally sustainable communities. The Rochester Area Community Foundation is providing $35,485 for the first year of the effort.

The foundation was attracted to the initiative because it fits in with several of its priorities as well as the environmental priorities of many donors, said Annette Jimenez Gleason, its program officer of vitality.

“We’re focusing on environmental justice and sustainability because equity is one of the pillars of the Community Foundation,” said Jimenez Gleason.

City Council member Mitch Gruber, who has been heavily involved in shaping Rochester’s urban agriculture and community garden policies, noted that Rochester once had 330,000 people but, despite a slight gain in the 2020 census, the city’s population currently hovers around 210,000. The city needs to be thoughtful about right-sizing, he added.

“That means when we have vacant lots, it’s not always about trying to find new development, but it is about working with the community to make sure we are providing access to land to do what is needed in that community,” said Gruber, who is also Foodlink’s chief partnerships officer.