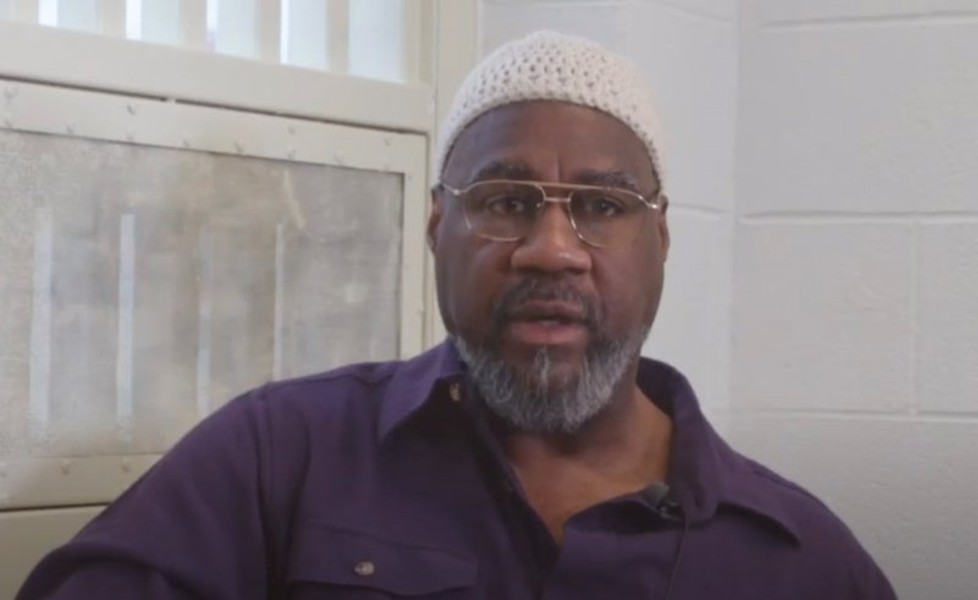 FILE PHOTO Jalil Muntaqim, also known as Anthony Bottom, in an interview prior to his release on parole.
Jalil Abdul Muntaqim, a parolee living in Brighton facing felony charges for attempting to register to vote, has been denied a pardon from the governor restoring his right to cast a ballot that is granted to most parolees, according to the Governor's Office and the state Department of Corrections and Community Supervision.

Parolees are not allowed to vote in New York upon release from prison without the pardon.

Gov. Andrew Cuomo has issued such pardons as a matter of course on a monthly basis since 2018, when he signed an executive order directing the corrections commissioner to submit to him each month a list of every felon newly eligible for parole, with each name to be “given consideration for a conditional pardon that will restore voting rights.”

Anyone on the list is eligible for a pardon as long as they are not flagged by law enforcement for any specific concerns. Most parolees receive their pardon, which does not expunge their record, within four to six weeks of their release.

A spokesperson for the Governor’s Office said Muntaqim was denied a voting pardon last week.

In a notable twist, however, the Department of Corrections listed Muntaqim on its website as having received the pardon. The spokesperson called the listing "a clerical error."

The error could be found as recently as Monday on the department’s “Parolee Lookup” page, which provides information on parolees to the public, including their date of birth, parole status, and whether their voting rights have been restored.

On the page assigned to Muntaqim, the word “Yes” was shown next to a line that indicates whether a voting pardon has been issued. The agency modified that to “No” late Monday after CITY inquired about Muntaqim’s voting eligibility status.

Muntaqim, 69, was released from prison on parole on Oct. 7, after serving nearly 50 years on a pair of first-degree murder convictions in the 1971 shooting deaths of two New York City police officers. He was convicted and served under his given name, Anthony Bottom.

About two weeks after his release, the Monroe County District Attorney’s Office charged Muntaqim with tampering with public records and offering a false instrument for filing, both felonies, and a misdemeanor for filing a completed voter registration form with the county Board of Elections.

Muntaqim filled out the form the day after his release, before being notified whether he had received the governor’s pardon. He filled out the form using his given name, which he never formally changed after assuming his new name in prison decades ago.

The Board of Elections subsequently rejected his registration.

A conditional pardon restoring Muntaqim's voting rights would have put a wrinkle into his prosecution, which  has gotten the attention of national organizations that advocate for expanded ballot access for formerly incarcerated people.

Muntaqim has been arraigned in Brighton Town Court and is scheduled to appear next on Dec. 14.

"This case is just another reminder of the extreme outcome for the underlying act that is being called into question and the extreme level of punitiveness that characterizes American criminal jurisprudence," said Nicole Porter, the director of advocacy at the Sentencing Project, an advocacy group for criminal justice reform.

"It is incredibly frustrating that prosecutors are willing to make an example of this man and take away someone's liberty for something like this," Porter said. "I don't know how these prosecutors sleep at night."

The United States has a long history of disenfranchising felons, even after they’ve served their time, although a national movement to restore their voting rights is gaining traction. This month, in California and Florida overwhelmingly approved measures to re-enfranchise voting rights to parolees.

"The point of parole is to encourage people to reintegrate themselves into the community in a healthy way," said Sean Morales-Doyle, deputy director of the Brennan Center's Voting Rights and Elections Program at New York University. "We should all want people who are being released from prison and returned to their communities to play a productive role in their communities. That shouldn't be a controversial proposition."

District Attorney Sandra Doorley said in an interview that Muntaqim's case was presented to her as an instance of potential voter fraud and that the facts were straightforward.

His mother, Billie Bottom Brown, has called his filing of a voter registration form “a mistake.” She said the form was within a packet of paperwork provided to her son to help him assimilate back into society.

Friends of Muntaqim’s said the paperwork was provided by the county’s Department of Human Services, which helps newly released prisoners acclimate. Those packets include everything a former inmate might need — information on Medicaid, food stamps, child care, becoming an organ donor, and a voter registration form.

“I don’t think he was trying to game the system” by signing the form, said James Schuler, 52, a youth advocate in Wayne County who has known Muntaqim since they met as inmates at Auburn Correctional Facility in 2000 and considers him a mentor.

“One thing he wanted to be more than anything was be a productive member of society,” Schuler said. “They gave him paperwork to do that and he signed.”