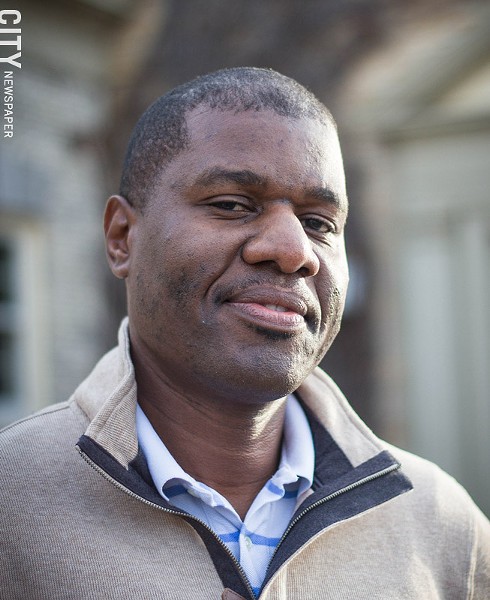 High rates of infant mortality and mothers dying during childbirth remain formidable problems in the developing world, where resources are limited. Roughly 150,000 women die during childbirth every year just in Sub-Saharan Africa.

But two medical professionals with ties to Rochester have created a health care model that seems to counter the trend. The approach that Dr. Moka Lantum and Lynne Davidson have taken in rural Kenya can be replicated in other regions of the world, they say.

But even more striking is how their experience has shaped their views on global health and on the patient and doctor relationship.

Lantum's and Davidson's work recently caught the attention of Foreign Policy magazine, where they were included in a list of "100 Global Thinkers for 2016." They share the recognition this year with Hillary Clinton, German Chancellor Angela Merkel, and Secretary-General of the United Nations Ban Ki-moon.

Lantum lives in Rochester and is the founder of the city's Baobab Cultural Center. He founded the nonprofit 2020 MicroClinic Initiative in 2011 with a mission to improve newborn and maternal health in developing countries, beginning in Kenya.

Davidson, formerly vice provost and assistant professor of health services research at the University of Rochester, is the organization's executive director.

It's fairly common for women in rural Kenya to have their babies in unsanitary conditions, Davidson says.

"Mothers and infants die at alarming rates, but so many of the deaths are related to treatable and preventable problems," she says. "Women just don't come into the health centers to give birth." In many developing countries, the health care facilities are rudimentary, underfunded, and understaffed.

Lantum and Davidson knew that they had to get more women to travel to one of their seven participating facilities to give birth if 2020 MicroClinic was going to be successful.

Lantum assumed that women weren't coming because they couldn't pay or lacked transportation. But the main barrier was status, he says.

"The status concern for most mothers with newborns is what new clothes they have for the new child," he says. "For example, if President Obama called and asked me to come and visit him in the White House, my first reaction would be to go home and put on a suit so that I would be accepted. It's the same psychology with these mothers; they feel like they don't fit in and they need to stay out of the way."

Lantum found that by promising the mothers new clothes for their babies, they would come to the facilities give birth.

Lantum and Davidson also knew that they had to educate the mothers on how to care for their newborns after leaving the facility. So on Davidson's kitchen table they created a card game that the mothers could play while learning about specific issues such as the importance of immunization.

"A presentation telling them about immunization for your child because of this or that is not the same as a game to process knowledge," Lantum says. "The game will ask questions like, 'Your child has measles at nine months; what will you do?' If they have the vaccine card, then they can play that card. If they don't, then the child dies. It becomes very real for them."

Five-thousand babies have been delivered since 2020 MicroClinic began five years ago, and all but one survived. And no mothers have died under their care, Davidson says.

Funding for 2020 MicroClinic comes mostly from grants and private donations. Lantum and Davidson have just applied for their first National Institutes of Health grant; they need the funding to expand to 30 facilities in Kenya within the next year or two.

Lantum says that the importance of global health is rising.

"Diseases know no boundaries," he says. "Disease surveillance and monitoring is essential policy." The Zika virus outbreak is a recent example.

The work at 2020 MicroClinic caused Lantum to re-evaluate the conventional relationship between patients and medical professionals. The traditional paradigm is a hierarchy with the doctor at the top; Lantum has flipped that dynamic.

"What if we get out of our comfort zone and see the patient as a customer?" he says. "What would we do differently? That's a very simple question, but very profound. In a sense, it bucks every single thing we think about when we think of doctor and patient."

Working with the Kenyan mothers and treating them as consumers means listening to them and figuring out what they really want, he says. It's something that should be given more consideration in the US where the health care system is built around a fee-for-procedure model, he says.

"Let's not treat the person as someone who has a disease with a 15-minute slot and who we must get the insurance company to tell us what we can and can't do," he says. "The human context gets completely lost."

He cites a talk that Dr. Brad Berk gave after a bicycle accident left Berk, a professor and former CEO of the University of Rochester Medical Center, with a spinal-cord injury.

"I was struck when he said one of the most memorable moments of his recovery was when a nurse came and shampooed his hair," Lantum says. "Now there is no part of Medicare Part A, B, C, or D that talks about washing the patient's hair, but it just made him feel good."

Something so simple and inexpensive can completely transform a person's attitude about their own health and impact outcomes, Lantum says.

"'That person cares about me and I'm willing to listen to what they tell me,'" he says. "You might say it's compassion, but I say if you treat them like a consumer, you're now asking them, 'What should we be doing to uplift the spirit?' And that's different."