Get to know the Rochester skyline 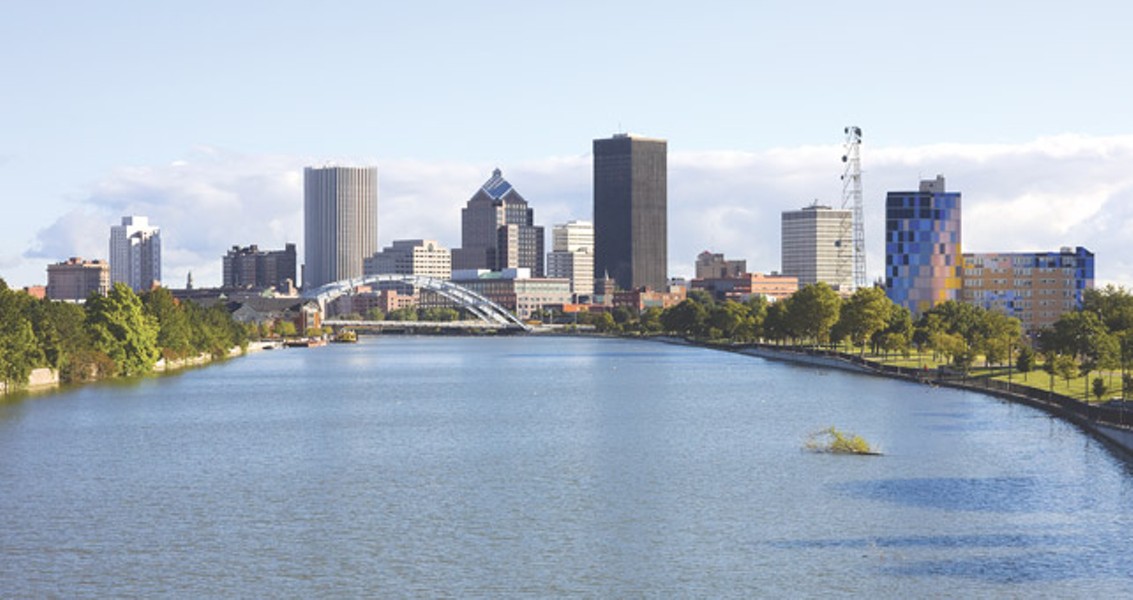 Replaced the Troup-Howell Bridge, a multi-girder bridge that opened on December 1, 1954.

Construction on a new bridge began in 2004, and it officially opened on June 18, 2007. The bridge was renamed The Frederick Douglass-Susan B. Anthony Bridge five days before the bridge's opening.

An unused Methodist church served as the original location of St. Mary's Parish from 1834 until the construction of the new St. Mary's Church was completed in 1858.

The iconic bell tower of the church was planned for construction in the 1850's, but was not actually constructed until 1940.

The church is well known for its large array of unique stained glass windows, many of which date back to the mid- to late-1800's and early-1900's. The church offers occasional tours of the windows.

The Tower at Midtown

The structure originally existed as part of Midtown Plaza, the first downtown indoor mall constructed in the United States. Midtown Plaza opened in 1962, closed in 2008, and was demolished in 2010.

When completed, The Tower at Midtown will serve as a mixed-use building that will house apartments, offices, and retail space.

The tower served as the world headquarters for Bausch & Lomb until the company was bought by Valiant Pharmaceuticals in 2013, who then moved the company to New Jersey.

The tower was bought and renamed in 2014 by Buckingham Properties — along with Morgan Management and Flaum Management — who plan to integrate the project into the current work at The Tower at Midtown.

Legacy Tower is the second tallest building in Rochester at 401 feet tall.

Served as the world headquarters for Xerox Corporation for only a year before the company moved headquarters to Stamford, Connecticut, in 1969.

Xerox Corporation sold the building to Buckingham Properties in August, 2013, but under the terms of the sale, Xerox will continue to lease space in the building for eight years.

Xerox Tower is the tallest building in Rochester at 443 feet tall.

The building is notable for its unique round top, which housed the popular revolving restaurant, Changing Scene, until 1990.

The rotating mechanism in the round top has been disabled and the space was converted to office space, but is currently vacant.

First Federal Plaza is also home to the studios for the Stephens Media Group radio stations (WFKL, WZNE, and WRMM-FM)