May 15, 2020
Two weeks after federal prosecutors in March filed a string of fraud charges against George Moses, the former director of the North East Area Development community association, another legal document bearing his name was filed under oath.

This one wasn’t an indictment filed in court, but rather a designating petition filed with the Monroe County Board of Elections to secure Moses a spot on the June 23 primary ballot for a position in the local Democratic party. 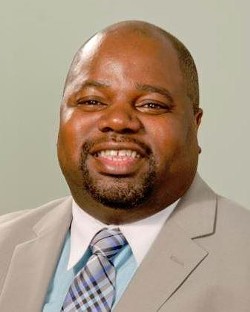 The seat, one of four representing the party in an election district in his Beechwood neighborhood, is an unpaid party office whose occupant is elected by the district’s enrolled Democrats.

Moses has long held the seat and, despite his legal troubles, appears to have no intention of giving it up.

“He’s not there no more, is he?” asked Linda Jones, a district resident who was one of 15 people to sign the petition for Moses and three other election candidates, including his wife and brother.

Jones said she signed not knowing he was among the Democratic candidates listed and wished she could take her signature back. “How is he there?” she asked. “He’s in so much trouble.”

EVERY TYPE OF FRAUD

Moses, who is also the former chairman of the Rochester Housing Authority, stands accused of committing almost every type of fraud there is.

Federal prosecutors contend Moses redirected to himself thousands of dollars in public funds earmarked for NEAD and the struggling Rochester neighborhood it serves.

He allegedly used the money to pay for a Carnival cruise vacation, spa services on another cruise, guns, a family YMCA membership, dentist bills, a Netflix subscription, and New York Knicks tickets, among other goods and services.

The March indictment was the third to be brought against Moses in the previous six months. The others alleged Moses orchestrated schemes to defraud Rochester Housing Charities, a subsidiary of the Housing Authority, and the Quad A for Kids after-school program.

All told, Moses is accused of defrauding taxpayers of nearly $174,000. His case is pending and he has pleaded not guilty. 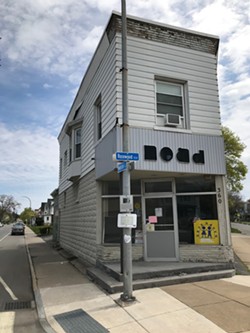 A woman who spoke to a reporter from behind a closed door at his residence said he was not home. He did not return a message left there for him.

Janice Bradley, a Democrat who also signed the petition for Moses to get on the ballot this year, knew all about the charges but said they concerned her “not too much” and that Moses did good things for the neighborhood as the director of NEAD.

The organization is a nonprofit dedicated to enhancing the quality of life in the struggling neighborhood. Over the years, NEAD has built homes, helped new schools get off the ground, and started up new businesses.

“There are people charged with federal offenses,” Bradley said, “and it’s like, who am I to judge?”

Election districts are the bottom rung of the political ladder in New York.

Each district, whose boundaries are sometimes no bigger than a few city blocks, has four seats. Those seats are part of a collective of a couple dozen election districts that make up a legislative district.

There are 29 legislative districts in Monroe County, including 10 in the city and others that generally cover the boundaries of suburban towns.

Election district seat seats are generally held by the most ardent party loyalists for terms of two years, and the holders do not wield much power. Individual seats are so inconsequential that many are vacant and most holders go unchallenged. 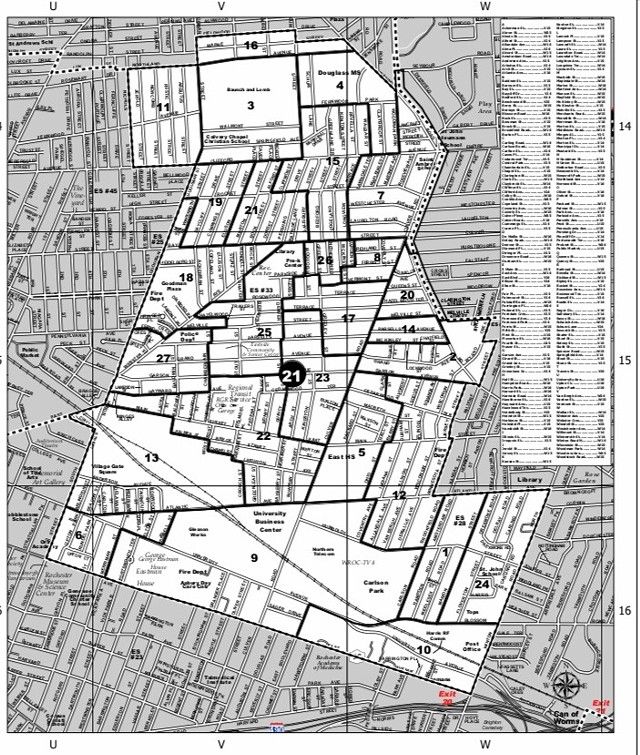 But seat holders can form blocs that, if large enough, can influence who their legislative district, and thus the county party, endorses for elected public offices and appointed posts like the county elections commissioner, for which there is currently an intra-party battle brewing.

In some pockets of the city, election seats are hotly contested, as party leaders attempt to consolidate their power by stacking the seats with loyal followers.

Moses, 51, currently occupies one of four seats in the 25th Election District of the 21st Legislative District, which covers northeast Rochester. Moses’s election district turf within the legislative district spans about a dozen city blocks around his home on Parsells Avenue.

Ex-Rochester Housing Authority boss charged — again
George Moses now faces 55 charges in a sting that ensnared a former city official and an RHA secretary.
By David Andreatta
News
Getting on the ballot requires collecting signatures from 5 percent of the enrolled party electorate, which in some election districts can mean gathering just a handful of John Hancocks.

Board of Elections records show there are 475 enrolled Democrats in Moses’s election district eligible to vote. Most do not cast a ballot, however. The last time a competitive race was held there, in 2016, Moses secured his seat with just 22 votes.

The district is currently something of a Moses family fiefdom. His wife, Precious, occupies one seat. His brother, Robert Moses, of the same Parsells Avenue address, occupies another. The fourth seat is vacant.

This year, however, five other candidates have mounted challenges to the Moseses.

One of them is Bobbie Elam, whose name was circulated on the same petition as the Moses. 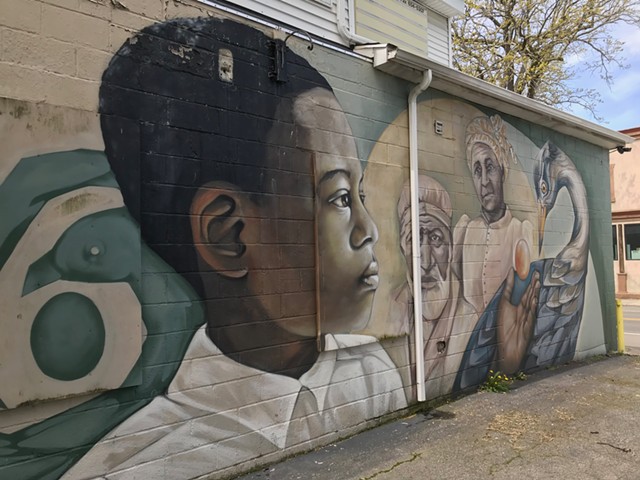 Her signature and that of her husband, Sammie Elam, were on the petition, but both said they did not recall signing it and that they do not support Moses.

“I didn’t sign nothing for George Moses,” Bobbie Elam said. “If he’s in trouble we wouldn’t vote for him for nothing.”

The Elams are the parents of county Legislator Ernest Flagler-Mitchell, who is the party’s chosen candidate for the 137th Assembly District seat being vacated by David Gantt, who is retiring.

Flagler-Mitchell said his mother had been a longtime election district seat holder before being knocked out in a primary a couple of election cycles ago. He explained that his parents had signed the petition, which was carried by a member of his church, but that they likely were not aware that Moses’s name was on it.

Indeed, many petition signers pay little attention to the candidates who they're helping get on the ballot.

Flagler-Mitchell reasoned that because the Moseses had held their Democratic party posts for so long, party operatives petitioned for them as a matter of rote.

“(Moses) hasn’t been convicted quite yet,” Flagler-Mitchell said. “If he’s convicted, he comes off the committee and the leader will have the opportunity to appoint somebody new.”

“When you look at committee stuff, election districts are not as big as everything else,” he said. “I hate to say that because it’s a very important position to have when you’re talking about candidates getting the designation for the Democratic Party.”

More charges for ex-Rochester Housing Authority boss George Moses
A Florida timeshare. A cruise. New York Knicks tickets. Guns and a membership in the NRA.These are a few of the things that federal prosecutors allege George Moses bought with money earmarked for poor people.
By David Andreatta
News
Jones, who did not realize she had signed a petition for Moses, said she would not vote for him in the primary.

“Even though I’m on his petition, at this point, Moses does not have my vote,” Jones said. “I don’t care what he does, he doesn’t have it. No, no, no, we’re not doing this.”


David Andreatta is CITY’s editor. He can be reached at dandreatta@rochester-citynews.com.