Gently down the stream

Binge your way through this winter

Between network and cable television, and streaming services incessantly launching their own original programming, there's such a constant deluge of visual media competing for our attention. It would be a challenge finding time for even a fraction of all that content. And while those same streaming services make it easier than ever to catch up on shows — both old and new — it can be overwhelming trying to decide what's worth your time.

With the holidays well past us and winter just winding up, now's the perfect time to settle into your sofa for some quality binge-watching, and catch up with what you've been missing. To help you navigate the streaming wilderness, CITY's put together a guide to some of the most bingeable series currently available through a variety of services. Of course, there's loads more out there, so let us know what other series we should be adding to our queue.

Each self-contained season of Ryan Murphy's FX anthology series "American Crime Story" takes on a high-profile true crime event from the recent past. After tackling the OJ Simpson case in "The People v. OJ Simpson" in 2016, the series moved on to a slightly less well-known but no less fascinating story with "The Assassination of Gianni Versace: American Crime Story," focusing on serial killer Andrew Cunanan and the 1997 murder of Italian fashion designer Gianni Versace.

Working backward in time from the designer's murder, each episode delves into the lives of those affected by Cunanan's killing spree, from Versace's family, to his other victims and their families, to the larger gay community of Miami Beach. And as it does, the series expands to become an expose on American homophobia and what it felt like to be gay in the early '90s. Exploring the culture that created a killer like Cunanan, the series argues that as much progress as we've made, it's still not as much as we'd like to think. Two seasons, 19 episodes, Netflix.

Inspired by characters and settings from the world of Stephen King's novels, "Castle Rock" is named for the sleepy Maine town that provides the setting for a number of King's stories, and as you may expect, the series is peppered with references to the horror master's works. The storytelling can be messy, but the spine-tinglingly atmospheric series boasts wonderful performances from Sissy Spacek and Bill Skarsgård (two actors who already have iconic roles in King adaptations, playing Carrie White and Pennywise the clown, respectively), as well as André Holland and Melanie Lynskey. One season, 10 episodes, Hulu.

The hilarious and unrepentantly filthy animated series "Big Mouth" follows a group of preteens whose lives are in the process of being upended by the horror show that is puberty (personified by each kid's "hormone monster" — literally a furry, horned monster that shows up at inopportune moments to wreak havoc). As gleefully obscene as "Big Mouth" can be (and seriously, I can't stress enough how dirty this show is), it manages to find genuine heart and emotion in the idea that puberty was just as confusing, weird, and disgusting for everyone else as it was for you. Two seasons, 20 episodes, Netflix.

This entry functions as a note to myself, because I never got around to watching FX's acclaimed drama "The Americans," which just ended its run this past May. The series stars Keri Russell and Matthew Rhys as KGB spies posing as a married American couple living in suburban Washington, DC. at the height of the Cold War. Everyone and my mother has raved about it, so plowing my way through the entire run is high on my list of things to do this winter. Six seasons, 75 episodes, Amazon Prime.

The most ambitious network sitcom I've ever seen, NBC's "The Good Place" follows the struggles of four recently deceased human schmucks (Kristen Bell, William Jackson Harper, Jameela Jamil, Manny Jacinto) struggling through the afterlife and figuring out what it means to be a good person. Smart, funny, endlessly imaginative, and with one of television's best ensembles (which also includes Ted Danson and D'Arcy Carden), the series might just be showrunner Michael Schur's ("Parks and Recreation," "Brooklyn 99") crowning achievement. Three seasons, 39 episodes, Seasons 1 and 2 on Netflix, with the current third season on Hulu.

Premiering in the summer of 2016, "BrainDead" was tragically cut down before it had a chance to really find an audience, but this one-and-done series is near and dear to my heart. The sci-fi political satire imagines what happens when there's an outbreak of alien brain bugs in Washington, DC. Burrowing into people's brains, the tiny critters cause their hosts to grow increasingly more combative and extreme in their beliefs, which is as good an explanation as any for the state of our political discourse these days. Sadly, this was always going to be far too weird to survive on network television. One season, 13 episodes, Amazon Prime.

A stylish conspiracy thriller from "Mr. Robot" mastermind Sam Esmail, "Homecoming" stars Julia Roberts as Heidi, a caseworker at a facility meant to help returning US soldiers prepare for their transition back into civilian life. In a separate storyline set four years later, Heidi's working as a waitress, with no memory of ever having worked on the program. It's up to a determined investigator (Shea Whigham) to figure out exactly that the hell happened in between. Influenced by paranoid thrillers of the 1970s, "Homeland" zips by with fantastic performances from its cast, which also includes Bobby Cannavale, and Stephan James ("If Beale Street Could Talk") as a soldier who Heidi of the past takes a particular interest in. One season, 10 episodes, Amazon Prime. 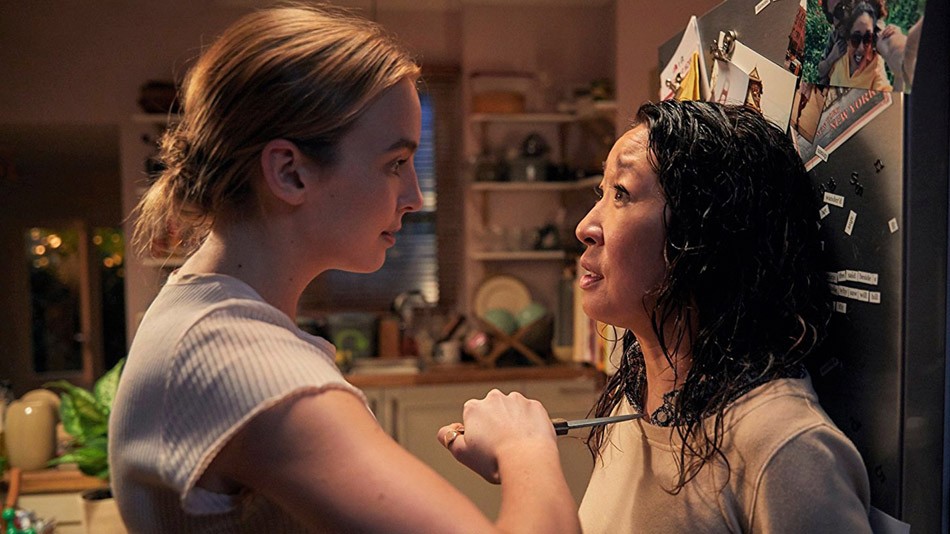 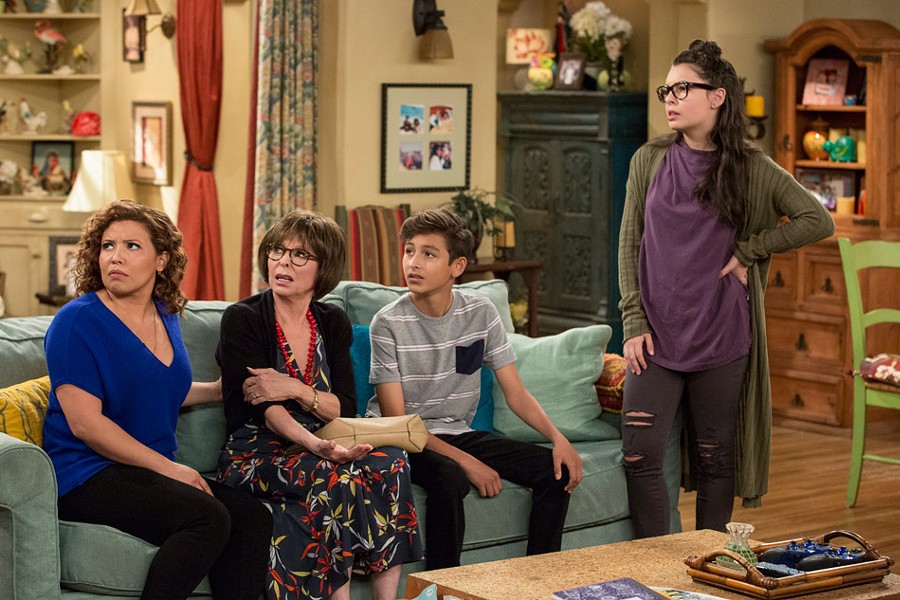 A modern-day reboot of Norman Lear's '70s sitcom, "One Day at a Time" centers around three generations of a close-knit Cuban-American family living together under one roof. Justina Machado and the great Rita Moreno anchor the heartfelt show, which brings a gratifyingly light touch to its tackling of hot-button issues from immigration and depression to sexism and LGBTQ rights. It's a feel-good comedy that genuinely leaves you feeling good — even if it does take some adjustment to hearing a laugh track again. Two seasons, 26 episodes (with a new 13-episode season due February 8), Netflix.