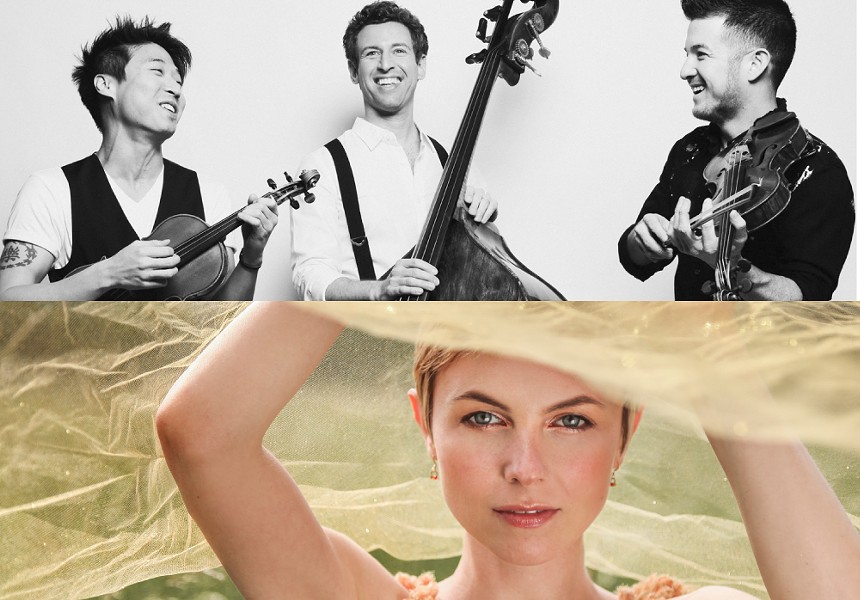 The lineup for the 2019-20 Kilbourn Concert Series is out, offering plenty of stylistic variety from musicians who are masters of their idiom and frequently veer from formal classical and jazz music into the world of pop. Next season, concertgoers at Kilbourn Hall can hear everything from vocal jazz to a genre-bending string trio.

On November 13, Rochester International Jazz Festival alum Kat Edmonson returns to Rochester. The Brooklyn-based singer-songwriter croons original material that sounds like it’s from a bygone era of jazz, but with modern pop accessibility.

The British a cappella ensemble VOCES8 performs on February 12 with pure tone, technical precision, and a repertoire that ranges from the Renaissance and Baroque era to contemporary classical and pop. But there’s also plenty of more traditional chamber music to enjoy when mandolinist Avi Avital and harpist Bridget Kibbey share the stage on February 20 and the American Chamber Players perform April 2.

Tickets and information about upcoming concerts can be found at the Eastman Theatre box office, 274-3000.