January 09, 2020
Missing from my deep dive into the roots of Genesee Brewery’s “Jenny Girl” in CITY this week was what became of the woman who portrayed the original Jenny — whom all signs point to being a model named Daphne Dore.

Her whereabouts eluded me. Despite scouring news archives and public records, I was unable to find any recent record of Dore. There was a smattering of mentions of her in newspapers through the decades, but no contemporaneous interviews. There also appeared to be no records indicating she had taken a new name due to marriage.

After Jenny faded into obscurity, so did Dore, it seemed. Officials at the brewery that made her famous had no idea of her whereabouts, either.

But the beauty of writing about a company with such long tendrils like Genesee is if you, or the people running the company, don’t know a piece of information, someone out there likely does. As a journalist, sometimes getting the answers you can’t find takes publishing a story and hoping that someone out there is reading.

That someone out there in this case was Andrew Abel, of Santa Monica, California. After my story, “Will the real Jenny Girl please stand up?” was published online, Abel emailed me and explained his family’s ties to Genesee Brewery — his father, Andrew, and a great-uncle, John, were both original workers at Genesee in the years after Prohibition. Other relatives worked there, too, he said.

Abel also explained that he knew what became of Dore. The news was tragic.

On the evening of April 2, 2004, Dore, who then went by her married name, Daphne Padula, was killed along with her husband, Louis Padula, while crossing Temescal Canyon Road in Pacific Palisades, a coastal neighborhood of Los Angeles.

The Palisadian-Post reported the couple was on their way to see a performance of Bernard Slade’s “Romantic Comedy” at the Theatre Palisades, where they were season ticket-holders, when they were struck by a Ford pickup truck driven by an 18-year-old high school student from Bel-Air. Police reportedly said they died on impact. She was 73 and he was 79.

An obituary in that newspaper described her as a Greek immigrant who “had quite a career in New York” as an actress and model in her youth and as “‘Jenny’ of Genesee beer.” The newspaper reported that she met and married her husband in 1951, suggesting that she did not take his name in her capacity as a professional model when she became “Jenny.” The couple had two daughters and three grandchildren, who called Dore “yia,” Greek for grandmother. 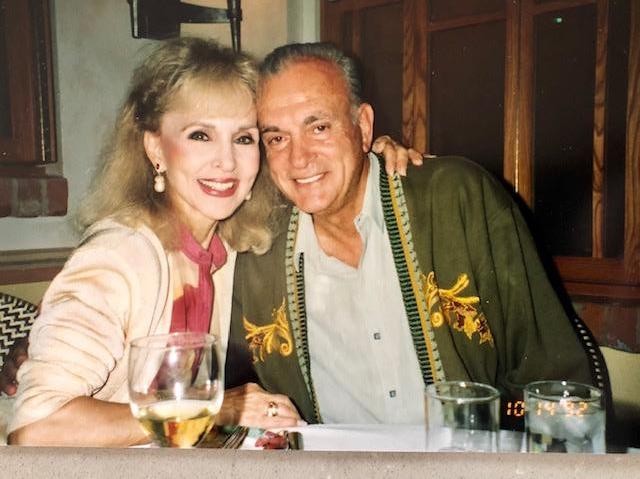 One of their daughters, Lisa Phillips Visca, later wrote a play about her parents’ enduring love called “Raise Me Up,” which has been described as a cross between “Moonstruck” and “The Notebook.”

Reached by phone, Visca remembered her mother as a community beacon in Pacific Palisades, a person most everyone in the upscale oceanside neighborhood knew and loved.

“She was her own celebrity there,” Visca said. “She had more energy than anyone I’ve ever met.”

I had hoped “Will the real Jenny Girl please stand up?” would tickle the nostalgia bones of Rochester readers. I saw it as a chance to reflect on a closed chapter of Rochester history, remember where we came from, and look at where we are now. Thank you for reading and helping to fill in the blanks.