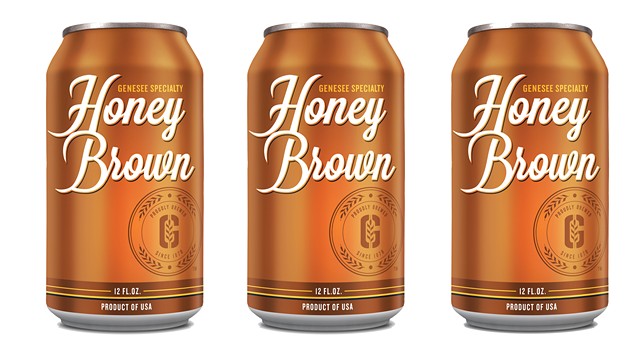 The Genesee Brewery is relaunching Honey Brown lager as a Genesee-labeled beer.

Honey Brown was first released in 1994 under the JW Dundee brand, which was owned and produced by Genesee. The Dundee line was discontinued in 2017 but Honey Brown lived on under its own brand, Original Honey Brown.

The beer, which never left store shelves, will be relaunched under Genesee’s special release roster, which also includes seasonal beers like Dry-Hopped Cream Ale and Lemon Strawberry Cream Ale. Honey Brown, however, will be a year-round brew.

“The Original Honey Brown flew off the shelf,” said Inga Grote-Ebbs, Genesee brand director, in a statement. “Made with a hint of pure Manitoba white clover honey, its unique and refreshing taste profile piqued consumer interest and won over beer fans when first introduced.”

Despite its name, Honey Brown is not brown, but rather a light amber lager clocking in at a modest 4.5 percent alcohol content. A hint of honey adds a distinct sweetness to the easy drinking lager.

Honey Brown will be hitting store shelves throughout the fall, and will be produced using former Brewmaster Gary Geminn’s recipe.

“Geminn brewed the beer to have smooth characteristics with a subtle sweetness while maintaining the lightness of a lager,” said Paul Constantine, Genesee’s brewery historian.