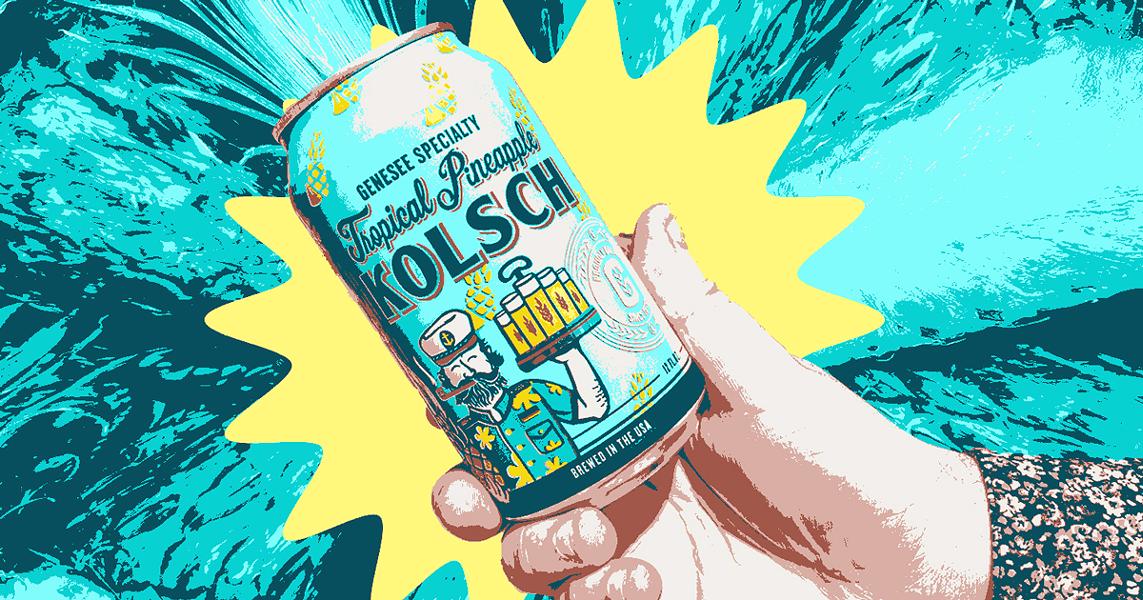 PHOTO BY JACOB WALSH Genesee's Tropical Pineapple Kolsch is out May 3rd in stores.
When the Genesee Brewery launched Ruby Red Kolsch in 2018, the beer was an immediate sensation for the brewery. Wildly popular and in short supply on store shelves, Ruby Red became quickly known as the king of local summer beers.

But uneasy is the head that wears the crown — for good reason.

Ruby Red has now been dethroned by Genesee’s newest offering, Tropical Pineapple Kolsch. The beer refines the brewery’s flavored German cold-conditioned ale formula into a near-perfect summer sipper. Crisp, rich in flavor without being overpowering, and with a modest hop bite, it’s refreshing while being complex enough to make you reach for a second.

Last month, I wrote about how Ruby Red Kolsch overshadowed Genesee’s superior seasonal brew, Spring Bock. Ruby Red is a fine beer, but its grapefruit flavoring is a palate clinger, lingering like a saccharine phantom at the back of your throat. Perhaps that’s a good thing for a brewery trying to sell more beer, in that it keeps you sipping more as you fruitlessly try to wash it away. 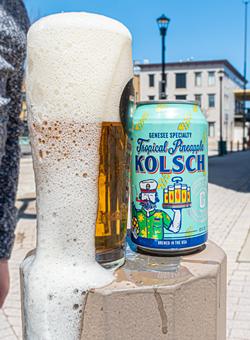 But to me, it’s a flaw that, over the years, has become difficult to ignore. Tropical Pineapple Kolsch fixes that flaw by virtue of a simple tweak to the flavor profile.

On the nose, expect a rush of pineapple juice. Fans of White Claw hard seltzers will be readily familiar with this specific scent — it’s sugary, tropical, and downright perfumy. It’s also a bit misleading. While the beer’s aroma might transport you to smoothie territory, the beer itself is subtly sweet, with just a mild malt characteristic serving as the backbone.

Differing from Ruby Red, in which the grapefruit hits hard on the backend, Tropical Pineapple offers its namesake front and center. Expect an immediate hit of pineapple juice on the tip of the tongue that fades quickly in the mouth. Alongside a crispness on the finish, there’s a pleasant, surprisingly sharp bitterness that leaves behind an easygoing cleanness. Clocking in at a modest 4.5 percent alcohol, it’s safe to say a second or third drink won’t ruin a perfectly good summer day.

In short, tropical pineapple kolsch is simple, balanced, and layered.

The traits of a good “summer ale” are simple, but nuanced. It needs to be light but flavorful, crisp but with just a tad of punch, and, most importantly, transport you to a mindset of beaches and sunshine, even if it is, say, a 45-degree Rochester day. Tropical Pineapple does that in a way that outshines any other beer in the Genesee roster, including Ruby Red.

The new beer will be coming to store shelves May 3, and will also be on tap next week at the Rochester Lilac Festival.