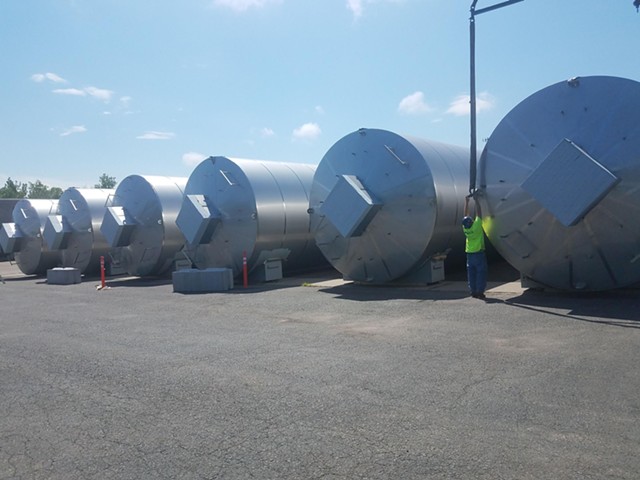 The corporate parent of Genesee Brewery is expanding capacity, but this time the focus is on a product that is part of the company’s ‘Beyond Beer’ portfolio.

FIFCO USA will invest $5 million this year and about $13 million in the coming years for additional equipment as part of the strong growth of Seagram’s Escapes.

Brewery manager Tim Hawn said Seagram’s Escapes is the company's number one brand, outpacing its other beer brands in volume and profitability.

"Beer industry growth is coming from flavored malt beverages, seltzers and through innovation," Hawn added. "We’re investing behind that while our beer business also grows share but in declining or flat categories."

The company said that last year, Seagram’s Escapes experienced record growth of nearly 35%. That helped offset the shortfalls in other parts of the business resulting from closures of restaurants and bars caused by the pandemic.

Officials said that, at times, the brewery struggled to keep up with demand for Seagram’s, and that the new project builds capacity.

Plans call for installing eight new 2,000-barrel outdoor storage tanks at the Rochester brewery which will hold the malt base used in making Seagram’s Escapes brands. There will also be upgrades indoors on the brewery’s variety pack line. In the long-term, the brewery will also install six new fermenters.

Hawn noted that FIFCO shifted craft beer production to Rochester and closed two other breweries which helped free up capital for the reinvestment.