By Randy Gorbman and Jeff Spevak

February 08, 2021
Garth Fagan Dance will perform at Rochester Institute of Technology's Magic Spell Studios on Sunday, Feb. 21, as part of a series of events that the state intends to use as a test run for bringing back live arts performances, which have been on hold since the start of the COVID-19 pandemic.

Gov. Andrew Cuomo on Monday announced plans for more than 300 ‘pop-up’ events across New York over the next 100 days; the Garth Fagan Dance performance will be one of them. Plans tentatively call for two to three 30-minute performances by the troupe on the Magic Spell soundstage. 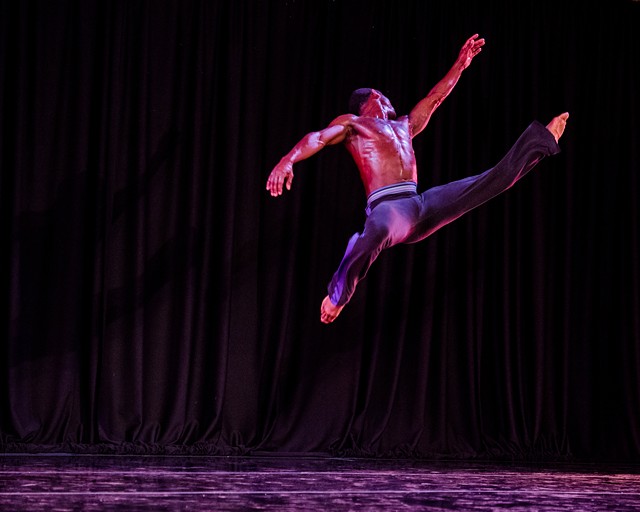 Bill Ferguson, executive artistic liaison for Garth Fagan Dance, said the initial plan is to have a group of RIT employees attending that performance. They'll be spaced apart with state Department of Health COVID-19 guidelines in mind.

“We’re finding out things as we go,” said Ferguson. “I know we’re looking to record it, and hopefully find some way to put parts of it out there virtually. The governor said today that they were planning on putting it out there virtually.”
The show will include “Talking Drums,” which shows how drums were used in Africa to communicate, and an excerpt from “The North Star,” Fagan’s tribute to Frederick Douglass.

Another performance will be a dance, “In Memoriam,” originally created in memory of the victims of the 9/11 terror attack, but it is relevant today with Americans dying of COVID-19, as well as Black Americans, such as George Floyd and Daniel Prude, dying at the hands of police.

"'In Memoriam,’ on a larger scale, speaks to our loved ones who have passed, and how we survived that, and honors their lives also," Ferguson said.

In a statement, Fagan said, "I remember with great pride and pleasure receiving a NYS Governor's Arts Award from then Gov. Mario Cuomo and his wife Matilda in 1986. It is fitting that during our 50th anniversary season, we work with their son, Gov. Andrew Cuomo, and the State of New York to revive the magic of live performance in Rochester, NY, simultaneously honoring our unheralded RIT essential workers. We look forward to NY PopsUp creating more opportunities for artists in New York State in the months to come!"

David Long, director at Magic Spell Studios, said that the collaboration is a great mix of mediums.

"It’s kind of a fun mash-up with Garth Fagan Dance for live performance, so we’re excited to bring the pre-recorded nature of making a film together with the live activity of the dance on the stage,” Young said.

This article has been corrected to note that only Rochester Institute of Technology employees will attend the performance.