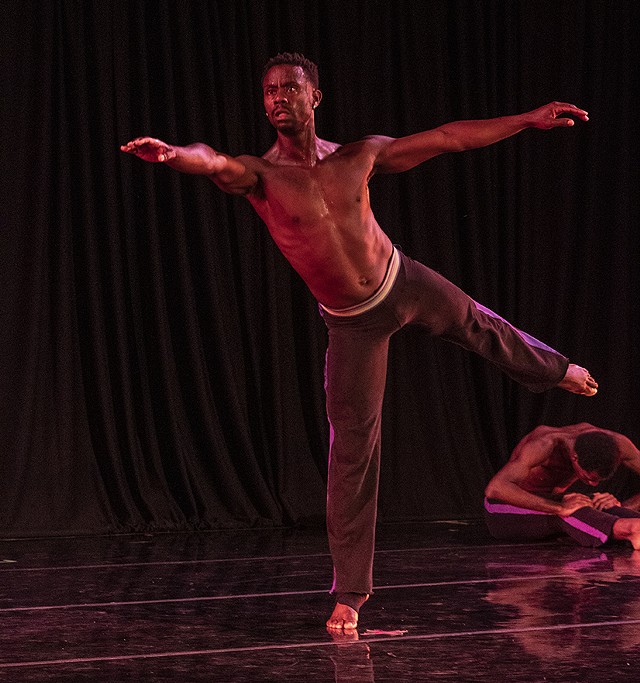 After five decades, Garth Fagan Dance continues to evolve. It must, if it is to survive. The pandemic has shaken all of the dance world down to the pointe technique of its toes.

Just as the KeyBank Rochester Fringe Festival is struggling to survive through this pandemic, just as all arts are struggling to survive, enforced inaction over the last 18 months has stripped some of the dancers from the acclaimed company. So throughout “At Home With Garth Fagan Dance,” the nightly exhibitions presented as part of Rochester Fringe, five shiny new pairs of feet are whirling and leaping across the floor at the troupe’s studio on Chestnut Street.

About half of the nearly hour-long program being presented at Rochester Fringe will return on Oct. 1 for “A Collaborative Celebration: Eastman School of Music 100th Anniversary and Garth Fagan Dance 50th Anniversary.” Yet even that date at Kodak Hall at Eastman Theatre will quietly carry the mark of COVID-19: The 50th anniversary of Garth Fagan Dance was actually 2020. The height of the pandemic, when no one was dancing.

But they are now. The shows are back on Broadway this week, too. Fagan himself was there to see the return of his biggest success, as choreographer for “The Lion King.” A bit worn out from that trip to New York City, the 81-year-old dance icon watched Wednesday’s performance mostly from the back of the room. Until the last graceful leap, when the familiar, talkative Fagan appeared onstage to congratulate this new version of his vision. 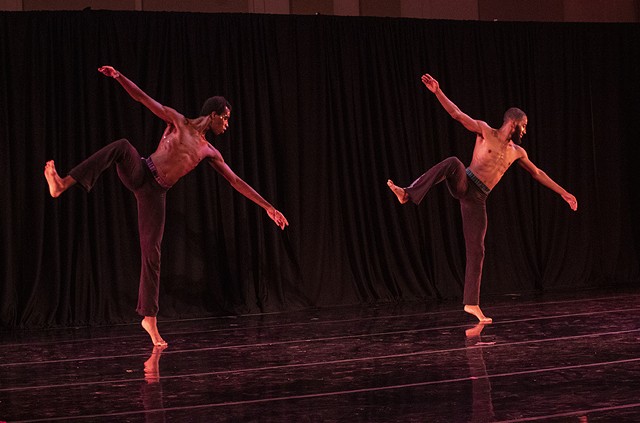 Jazz is a big part of what Fagan presents onstage. The show-opening “Discipline is Freedom,” from the early-’80s piece “Prelude,” featured the music of Abdullah Ibrahim and Max Roach. Precisely synchronized groups of two, three, and four dancers swept across the stage like birds startled from their perch on a telephone wire. Garth Fagan Dance is a fusion of classical and contemporary styles; classic dance poses fall into loose-limbed movements across the stage. It’s physically dramatic, a celebration of how the body moves.

“Senku,”  Ghanaian for a keyboard, is a piano-driven piece that eased into the percussion-heavy “Talking Drums.” A work-in-progress called "Dreamer" — by Fagan’s assistant and rehearsal director Norwood Pennewell — substituted computer-generated music for what will accompany the piece at the October show at Eastman Theatre: The Eastman Percussion Ensemble and the Eastman Saxophone Project.

The program ended with excerpts from one of Fagan’s more recent and ambitious projects, “The North Star.” A celebration of the life of Rochester abolitionist and writer Frederick Douglass, the work premiered in 2019.

A celebration, although vestiges of ignorance remain. As pointed out by Natalie Rogers-Cropper — Garth Fagan Dance’s school director and assistant rehearsal director — of the 13 statues of Douglass scattered around Rochester in 2018, three have been vandalized, including one earlier this week.

There is more to be learned here. Rogers-Cropper added that not much is known about the women closest to Douglass, and represented in “The North Star.” In the dance, they are his daughter Rosetta, played by Ebony Vasquez, and his first wife Anna Murray, played by Gabrielle Samuel.

And Douglass’s second wife. In the early sections of “The North Star,” the dancers’ pre-Civil War period costumes bear red slashes, representing whippings endured during slavery. Except for Sabrina Cmelak, the only white dancer in the troupe. She’s playing Douglass’ second wife, who was white; the fact that her costume bears no scars from the slave owners’ whips speaks volumes about this dark period of American history.

“At Home With Garth Fagan Dance” has six more performances through the rest of Rochester Fringe.

The complete festival schedule is available at rochesterfringe.com. Go to “Find a Show,” create a list of events by date, venue and genres, then hit the “Filter” button. Tickets to each event are available at the web site, by calling (585) 957-9837, or at the venue one hour before the start of the show if they are still available.