GALLERY: ‘Not My President’ rally in New York City

Anti-Trump protests in New York City haven’t stopped since the election results aired last week. Protesters met on 17th Street on Saturday, creating a block of people that stretched past 14th Street and Union Square, as it prepared to march two miles to the Trump Tower on 56th Street. Side streets were blocked and the sidewalk traffic seemed to halt as onlookers watched the thousands of protesters that formed one of the largest anti-Trump protests in the country.

Chants of “Not my president,” “No hate, no fear, immigrants are welcome here,” and “Your hands, too small, you can’t build a wall,” echoed against the walls of Trump Tower as the protesters saw hours pass, but didn’t move their feet.

Anti-Trump protests are continuing across the country every day in a fight against Trump’s campaign platforms concerning immigration, LGBTQ rights, women’s rights, and more.

Here are some photos from the Saturday, November 12, protest to get a glimpse of the faces and signs behind the demonstrations.

Slideshow Not My President Protest in New York City 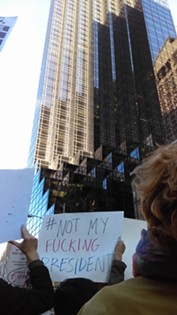 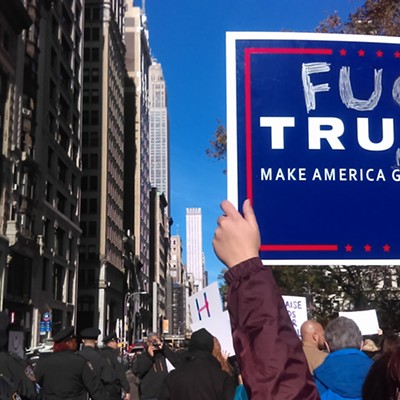 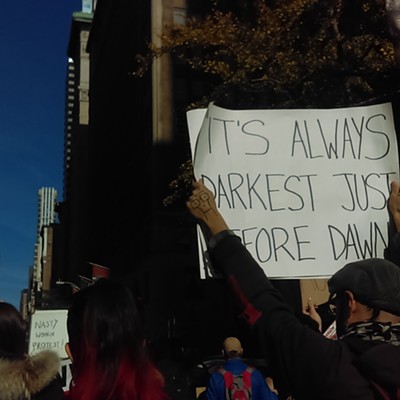 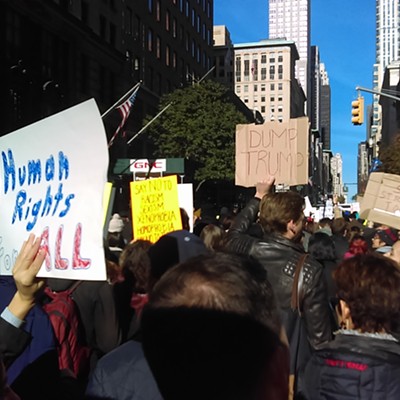 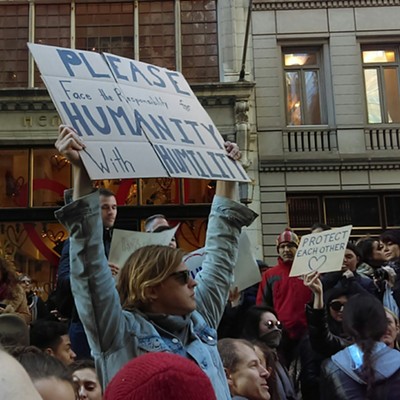 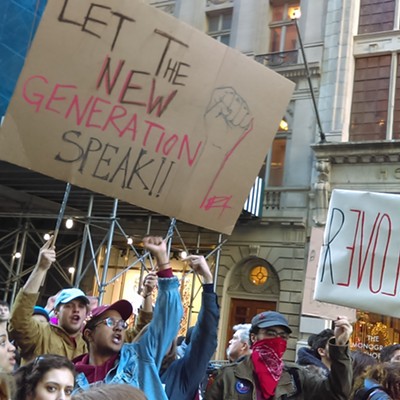 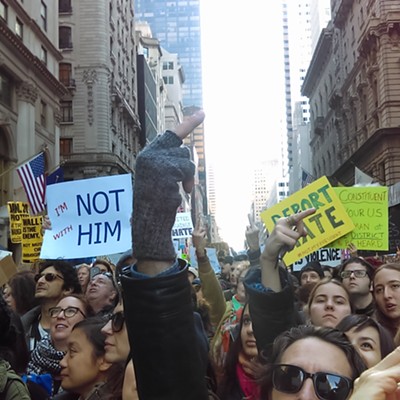