From Woodstock to the world 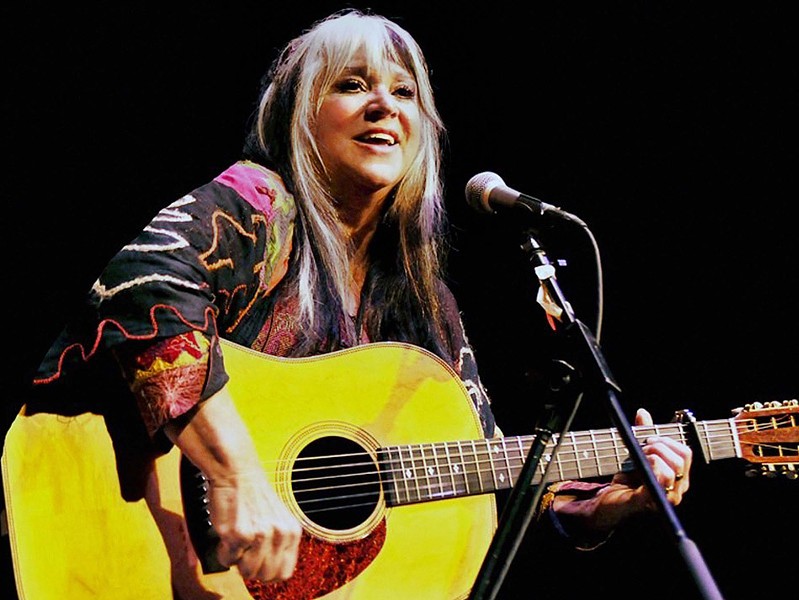 PHOTO BY PAT SWAYNE Melanie, who shot to prominence after her Woodstock performance, will perform at Lovin' Cup on Tuesday.

When I reached Melanie by phone recently, she told me she'd always had that gravelly voice that would make her famous. The one-name singer emerged from the Woodstock festival and captured the spirit of the 1960's.

Growing up in New York City, she had eclectic musical taste. "I loved Billie Holiday when I was 12," says Melanie, who plays at Lovin' Cup on Tuesday. "It wasn't so much the voice, it was the intention behind it. Then I found Edith Piaf and I thought, that's what I want to be. There was something so brave about her stance. She had that vibrato; I didn't even know what it was called."

But it wasn't a straight line to her musical career. When Melanie was 16, her family moved from sophisticated New York City to small-town Elberon, New Jersey, and she didn't fit in.

"My life was hell at school," Melanie says. "I loved drama, and I thought running away would be beautiful." She liked the Del Shannon song "Runaway," and "fantasized what it would be like to run away," she says. "I was on the second floor and I tied the sheets to the bedpost, climbed out the window, and ran away in the most classic sense."

In those days, Melanie says, you could save some money, make up a name (hers was Eve Dane) and fly to Los Angeles. The trouble was, she didn't have much of a plan once she got there. After a close call with some shady characters, she spent two weeks in a girl's detention home. Finally, the authorities found her parents. Her father flew out and took her home.

Her breakthrough song came to her a few years later when she was attending acting school during the New York City blackout of 1965.

"Me and my friends passed out candles to old people," Melanie says. "On the streets of New York there was this incredible coming-together. There was a realization that 'Hey — we're all in this together,' and that feeling just came over me.

"The next day I was on a bus, and there was a nut who was being ridiculous. People were laughing and looking at each other, fresh from sharing this frightening experience, and I kept thinking of this unity we could have. I pretty much wrote 'Beautiful People' on that bus."

By 1969, Melanie had a manager and producer, Peter Schekeryk, who later became her husband. That same year, she was recording in England when she had to return home to play what she thought would be a nice little concert: The Woodstock Music and Art Fair. She thought she would bring her mother and they could shop for crafts.

They tried driving to the festival but ran into so much traffic they couldn't move. They found a phone booth and were told to go to a nearby motel.

"In the lobby, I saw Janis Joplin surrounded by microphones, slugging Southern Comfort," Melanie says. "Then Sly Stone walked by. I'm thinking, 'I've got to get out of here. What am I doing here? I've got one guitar, I don't have a group, and this is looking like it's really important.'"

Just then, somebody said go to the helicopter, and no, she couldn't bring her mom. As they approached Max Yasgur's farm in Bethel, Melanie looked down.

"It didn't even look like it could be people," she says. "It was some kind of balloons or weird crops. I asked the pilot, and he said, 'No, it's people.' I thought, 'Oh my god.' It was more people than I thought could ever be together. I became terrified. I developed this deep bronchial cough that lasted all day.

"Every once in a while they'd say, 'You're on next.' Then I'd hear someone else singing so I knew it wasn't me. Finally it started to rain, and I thought, 'Thank god, it's all going to be over now, people will go home.' Just as I was in that reverie, they said, 'You're on next.' The Incredible String Band didn't want to play in the rain because they were afraid they'd be electrocuted, so they got me.

"I walked on to the stage. The terror was at a point where I had an out-of-body experience. I left my body. I watched myself get on the stage, and I watched myself sit, and then I joined myself again. I was singing 'Beautiful People' because it was the only song anyone knew."

During the previous set (Ravi Shankar's), Wavy Gravy's Hog Farmers had passed out thousands of candles. Melanie got on stage just in time to witness a massive candle-lighting.

"I sang new songs. I sang for my life. After I finished, I jumped up and walked off the stage faster than any human being. I went on that stage an unknown person; I walked off and 500,000 people knew who I was." The experience also led to the best song of her career.

When she wrote "Lay Down (Candles in the Rain)," Melanie heard a gospel choir accompanying her. The Edwin Hawkins Singers were on her record label, but Hawkins said no. "'We only do songs that have the lord in them,'" Melanie says of Hawkins' response. "I said, 'He's in there, I just didn't use the name.'"

Melanie and Schekeryk wouldn't take no for an answer, and showed up at a Hawkins rehearsal.

"Peter said, 'You've got to hear this,'" says Melanie. "I started singing. I can't believe I had that kind of nerve. But they started joining in on the chorus. I got goose bumps. Edwin Hawkins threw up his hands and said 'Okay, Okay.' When we recorded it nobody wanted to stop singing. It's eight minutes on the album."

Melanie went on to have hits like "Look What They've Done To My Song, Ma" with its wonderful Parisian accordion ("That was my Edith Piaf!") and the playfully suggestive "Brand New Key." But, for baby boomers, she will always be indelibly linked to Woodstock and "Candles In The Rain."

EDITOR'S NOTE: This article has been updated to correct a misspelled word.