A hidden, mysterious voice calling out for blood and bones.A dark figure with long claws reaching out on screen.An explosion of drum beats. The rapid-fire lyricism of the guitar. Chills.

My last show of this year's Fringe Fest took me to Writers & Books Friday night for the multidisciplinary showing of NosferatuBemshi! Part film, part spoken word, and part live music, all rooted in the dark and mysterious world of the vampire mythos, it was creepy and out there, yet a perfect way to cap off Fringe this year. There were no glittering vampires to be found here. 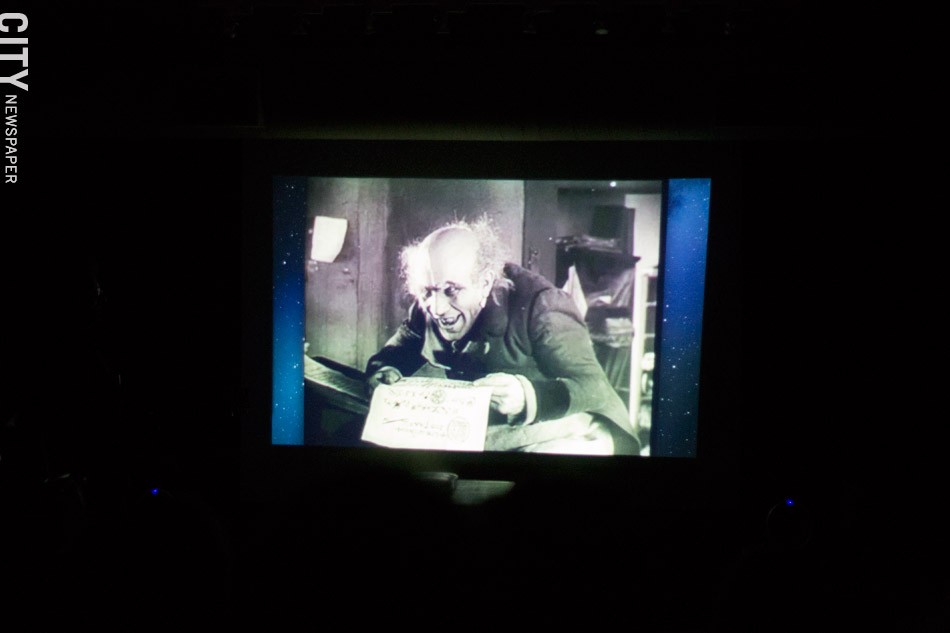 This was my first time seeing F.W. Murnau’s 1922 silent black-and-white vampire film “Nosferatu,” and with David Esposito and G. E. Schwartz performing live (reading poetry and playing guitar/band effects), it was a lot to swallow. The film itself can be hard to follow on its own, and if the performance was a beer, it would be closer to a Guinness (full, rich, and filling) than those lighter excuses for water-down brews. In the same way, NosferatuBemshi! might not be for everybody: the watcher has to deconstruct the film, the music, and the poetry all at once, which can be intimidating and overwhelming. But that's half the point.

There were moments here and there when everything didn't click. The music balance sometimes over powered the spoken word, and there were a few scenes where the added live songs didn't seem to mesh all that well with what was happening on screen. But, Esposito and Schwartz weren't afraid to let a few parts of the film stand on their own, in its original silence, which was even more stark and apparent when it stood as gaps between the swirling maelstrom of music and words that had preceded it. The Bemshi aspects did walk the line quite well for the most part, enhancing the film and framing it instead of distracting from it.

But, the experience. Ah, the experience. When everything was working together, it was suspenseful. Eerie. Dark, macabre, and powerful. What resulted was an artistic onslaught of the senses that was quite powerfully effective at getting under my skin. The film itself might be dated, but the added layers built upon that foundation to give birth to something even more haunting and modern.