My Friday night at the Fringe started at Little Theatre 1 for the second performance of Kinect the Dots. This show is a collaboration between FuturePointe Dance and RIT Projection Artists in which the movements of the dancers are captured live with an Xbox Kinect (hence the title), projected on to the Little 1’s screen, and then integrated into projections by the RIT team.

The show started about 10 minutes late -- dangerous in a festival where some people’s schedules are booked back to back. But once the dancers took the stage for the first number the show moved quickly. FuturePointe is a proudly multicultural dance troupe, and part of its mission is to connect different kinds of people through dance. Bridging cultures was reflected in the movements, particularly in the first piece, in which I could pick out a mélange of ethnic-dance influences -- Indian Bollywood, some Latin partner work, etc. 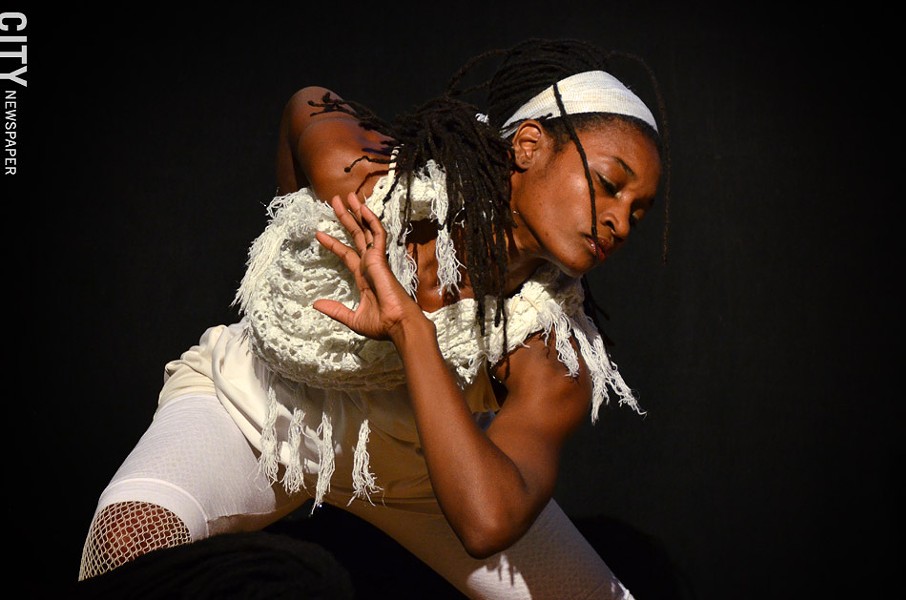 FuturPointe performed five or six pieces with various dancer combinations -- full troupe, solos, duos, etc. Some were more successful than others, and some took better advantage of the projection aspect of the show. The solo featuring a young woman twirling about with her shawl was especially effective with the multimedia, while the duo between the magnetic N’Jelle Gage and Guy Thorne was so riveting I barely looked at the screen. With most numbers I found myself wrestling with whether to pay attention to the dancers on the stage, or the colorful, visually arresting projections going on behind them. But it was a good struggle -- either experience was worthwhile.

The show did have a few minor technical glitches -- at least one music cue proved problematic, and there was a weird digital chaff on the bottom half of the Little screen that I’m fairly confident wasn’t supposed to be there. But whatever little issue came up on the tech side, or even some of the dancers’ bobbles, were quickly forgiven in the face of the troupe’s enthusiasm and earnestness. 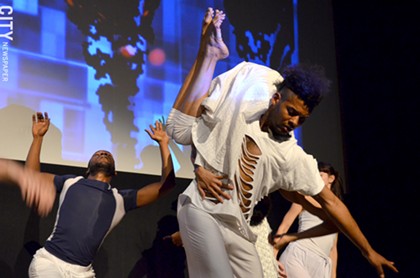 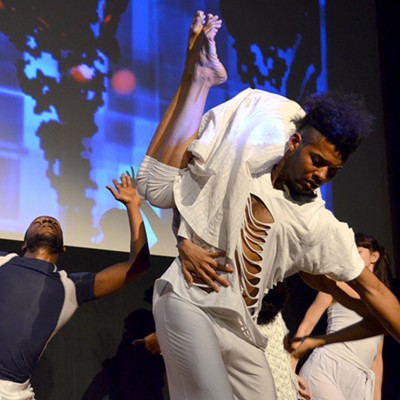 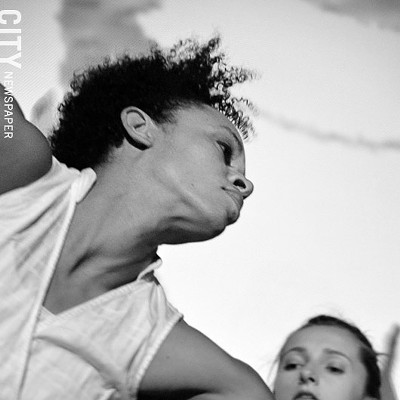 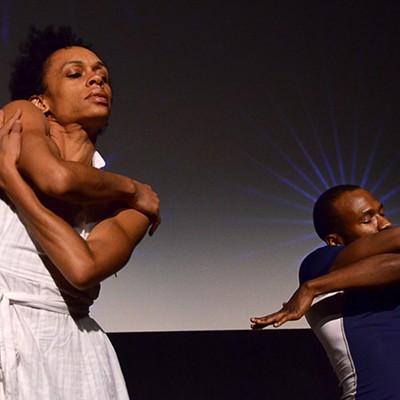 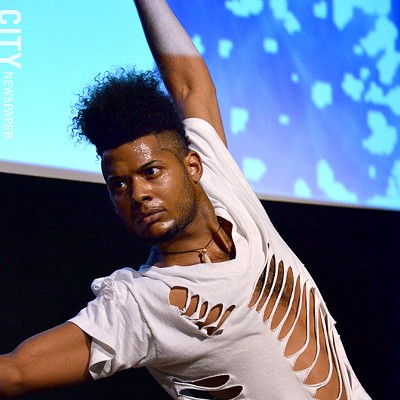 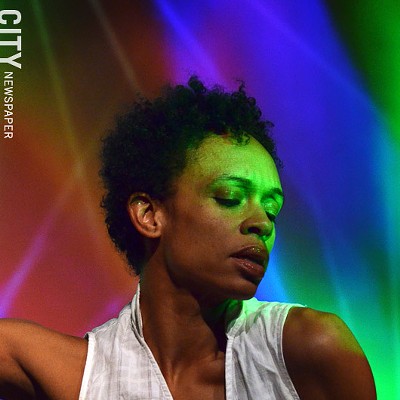 "Kinect the Dots" at Rochester Fringe
Click to View 8 slides

The show ended with the dancers leaving the stage and encouraging the audience to join them in playing with the Kinect. I typically loathe audience participation segments, but even I can’t resist the allure of a “Soul Train”-style walk off. Everyone got on stage, we all learned some new dance moves (desperately needed for this grooveless white boy), and by the end literally everyone was smiling.

After that I walked down East Main Street to Blackfriars Theatre for its first show of the Fringe, “Ole!” This touring show by Theater in Asylum had one of the most alluring premises of all the 2013 Fringe shows, and I’m happy to say it lived up to expectations.

If you go to “Ole!” -- and you should -- arrive 15 or so minutes early. At the performance I attended, guitarist Randall Benichak and dancer Sofia Lund took to the stage early to perform a captivating flamenco set that showcased the grace and power of the dance and music. Just lovely.

Benichak and Lund are also integrated to “Ole!” itself -- Lund’s Dancer is an especially critical part of the piece -- but the spotlight shifts to Frankie Alicea as Federico Garcia Lorca and Jake Lasser as Salvador Dali. The piece takes much of its dialogue directly from letters from Lorca to Dali, and vice versa, but the program explicitly states that the play is “largely based on speculation, interpretation, and bias.”

Listen to the words these two men wrote/said about one another, it's hard to imagine that what the playwrights came up with is much of a stretch. Dali and Lorca were schoolmates in Madrid in 1919. Each recognized and respected the intense creative spirit in the other, even as they operated under very different muses. Poet/playwright/author Lorca -- portrayed here as a soft-spoken, self-doubting soul -- searched for the “duende,” or magic of life, while Surrealist painter Dali, here a supernova of ego and mercurial energy, rejected anything spiritual and was fascinated by the “perfection” of the modern, mechanical age.

The mutual artistic respect eventually grows into something much more intense, and climaxes with the two Spanish legends spending a summer together in 1927 (again, this is historical fact). What happened there becomes the crux of the play, as through letters and flashbacks, dancing and simulated bullfighting, Lorca and Dali try to come to terms with what is developing between them. For one of the men it was clearly too much. (Similarly, a particularly steamy scene that prompted one couple to walk out of the theater. Seriously, folks -- chill out; there’s no nudity and it’s all extremely tasteful.)

The story in “Ole!” is engaging enough, but what really makes this show special is the way it is presented. This is smart theater. I loved the way the flamenco elements, the bullfighting, the sword play, etc. reflecting both Spanish culture and art were woven into the piece. The segment where Dali explains how to create a Surrealist image via flamenco dancing -- genius. The play also tackles a wide range of very hefty topics, everything from the origins of creativity and spirituality to Spanish culture’s obsession with death and uncomfortable same-sex attraction. And it does it all in a brisk, unyielding 70 minutes.

The performances are all excellent. Benichak’s guitar is a welcome supporting cast member. Lund is a wild-eyed, captivating presence on stage, even when she isn’t actively dancing. Jake Lasser has the flashier part as Dali. At first he is a preening rooster, crowing about his brilliance, running the artistic roost. Every move and line was over-the-top and exaggerated. But later, as Dali starts to question, well, everything, we see real heart in Lasser’s performance. Frankie Alicea is strong as Lorca, delivering the writer’s gorgeous -- but complicated -- poems and centering the show with his assured performance. There were a few occasions where the cadence of the poetry started coming out a bit rushed, causing me to miss some of Lorca’s enchanting words. But that only encouraged me to hit up Amazon and purchase everything Lorca ever wrote. Still a win.