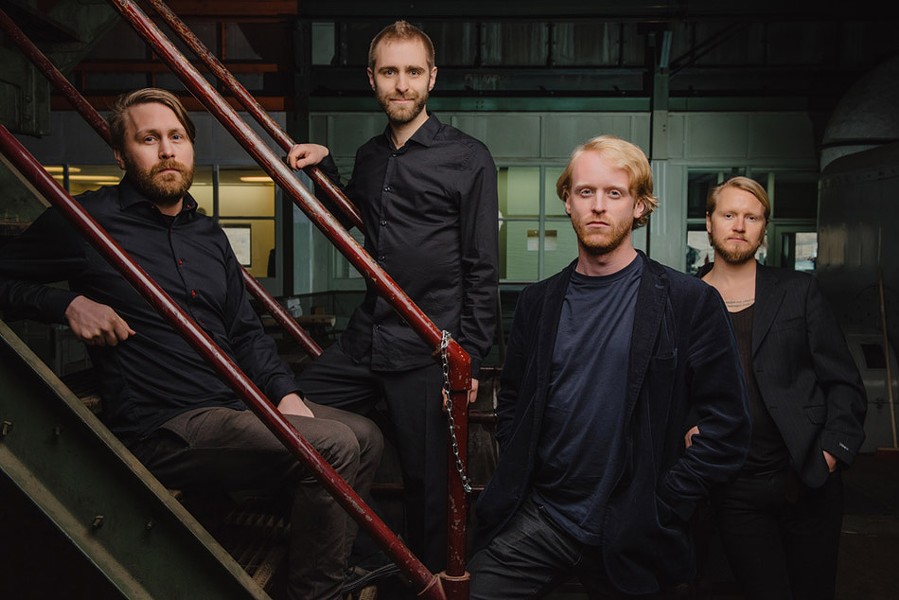 Arstidir Iceland's Arstidir has spent the last six years touring in more than 30 countries. During this time the band has honed its string-laden sound and developed a devoted and growing following. This year Arstidir is releasing its third studio album and headlining tours in the U.S., Europe, and Japan. (NP) arstidir.com

California Honeydrops Who said James Hunter and Sharon Jones & the Dap Kings are the only classic soul saviors out there? The California Honeydrops are doing it too, baby. The band is wrapped up in groovy soul, blues, and New Orleans second line with a cool, cool horn drive beneath a singer who means it. It's gonna be a party. (FD) cahoneydrops.com

Chatham County Line Something old, something new, something borrowed, and something bluegrass. This band's instrumentation is as traditional as its progressions are not. The band dials in just the right amount of contemporary challenge to the starched collar stalwarts that flood the genre. The purists will dig it too ... and so will you. The band's newest release is "Tightrope" on Yep Roc Records (FD) chathamcountyline.com

Denys Baptiste Triumverate London-born saxophonist Denys Baptiste has enhanced the bands of McCoy Tyner, Billy Higgins, Andrew Hill, and many others. In his own Triumverate, Baptiste employs his muscular tenor sound to carve a musical vision all his own, including a wonderful tribute to Martin Luther King titled "Let Freedom Ring." (RN) denysbaptiste.com

Duchess Hailing from New York City, Duchess — singers Amy Cervini, Hilary Gardner, and Melissa Stylianou — emulates the 1930's swing vocal harmonies of the Boswell Sisters with a dash of contemporary charm. The trio made its recording debut with a self-titled album in June. (NP) duchesstrio.com

Emmett Cohen A finalist in the Thelonious Monk International Piano Competition and the winner of the American Jazz Pianist Competition, Emmett Cohen is making a name for himself in the crowded field of New York jazz pianists. He has collaborated with stars like Kurt Elling, Brian Lynch, and Jimmy Heath and is equally adept at the Hammond B3 organ. emmetcohen.com

Ikebe Shakedown This Brooklyn-based band's latest single, "The Offering" sounds like the theme to a 1970's cop show that never was. I dunno, maybe it would've been called "Ikebe Shakedown." It's funky in a throwback disco kinda way, but doesn't trade in substance for flash. It's classic and new at the same time. I mean, these cats have laid it to tape at Daptone Studios. Get it? Good. (FD) ikebeshakedown.com

Kirk MacDonald Quartet Revered as one of Canada's leading saxophonists, and well-decorated as such, Kirk MacDonald's numerous records and notable collaborations speak for themselves. Recently he has been writing compositions for jazz quartet. (NP) kirkmacdonald.com

Kurt Rosenwinkel New Quartet Since dropping out of Berklee College of Music to tour with vibraphonist Gary Burton, guitarist Kurt Rosenwinkel has earned a reputation as one of the most hard-swinging, hard-bop guitarists of his generation. He's even managed to attract the attention of Eric Clapton, who invited him to play at a recent Crossroads Guitar Festival. (RN) kurtrosenwinkel.com

Melissa Aldana & Crash Trio Raised in Chile, Melissa Aldana came to the United States to study at Berklee College of Music in Boston. She was just 24 when she took the top prize in the 2013 Thelonious Monk Saxophone Competition. One listen to her masterful tone and fluid phrasing leaves no doubt about her prowess on the instrument. (RN) facebook.com/melissa.aldana.3958

Steve Gadd Band He's James Taylor's go-to guy; Clapton's, too. And Paul Simon couldn't have found 50 ways to leave his lover without Steve Gadd driving the getaway car. Irondequoit ex-pat, Gadd is known the world over for his session work and on stage thunder for the afore mentioned legends and many more. He's ours. (FD) drstevegadd.com