June 04, 2021
What a difference a year has made for the Rochester math rock band Free Casino. With its second EP out today on  Spotify and other digital platforms, appropriately titled “Our Casino,” the trio of music business grads from Nazareth College has come into its own and achieved the kind of stylistic makeover it can take years to accomplish. 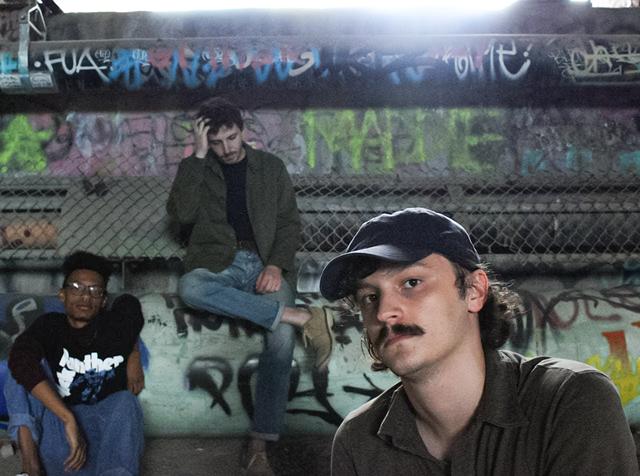 It was just last year that bassist Marc Gabriel and guitarists Sean Saville and Jake Denning had released their introductory EP, “Punk Thing” — an energetic if somewhat unfocused collection of songs that liberally drew influences from the last 40 years of the college and indie music scenes. The grungy pop of leadoff track “Take Me Out” treads the well-worn ground of the iconic alternative rock band Pixies; “You Win!” borrows the danceable vibes of 2000s-era indie rock before segueing into a proggy guitar solo that’s practically jazz fusion. “Spit Take” contains flashes of The Smiths, complete with a clear guitar tone and bouncy rhythmic sensibility that owe more than a little bit to Johnny Marr.


But it’s the final song, “Afraid of Parties,” that gave listeners an inkling of what the music of Free Casino would become. Here the band ditches overt musical influences in favor of an indelible groove of increasing rhythmic complexity as the song progresses. The liquid-smooth bass line lays the foundation for a guitar riff of syncopated sixteenth notes, toying with the listeners’ sense of timing. It’s a playful and musically tight precursor to the newly released “Our Casino,” with its sparkling interplay between instruments and playful arrangements. 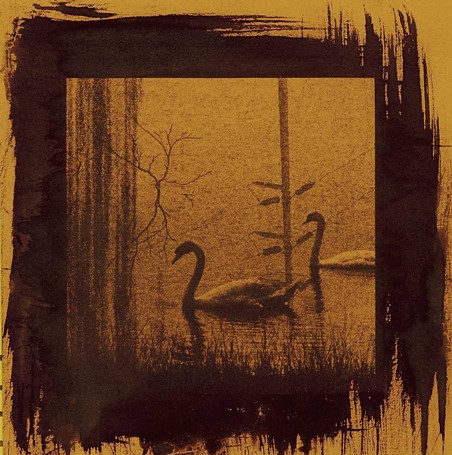 On “Our Casino,” the band is joined by New York City-based drummer Scottie Madonia and engineer Adam Falk, who recorded and mixed the new EP at Wicked Squid Studios. Falk, whom Gabriel and Saville refer to as the “fifth member,” recorded the band playing each song live in the room together — with limited overdubs — rather than relying on multitracking.


As a result, the songs feel unhurried, evolving organically over the course of four-plus minutes each. The lyrically sentimental “I Hate 490” begins by inundating the listener with earworm-inducing triplets on the guitar played over a half-time groove in bass and drums, before morphing into moody post-rock territory. In an understated spoken-word section, Denning recalls mundane car rides on the Rochester-area thoroughfare that would sometimes result in poignant realizations:

You said: “I want to make my future like a painting
One brush stroke at a time, and in any colors I like.”
But we’re in the car on the highway now, and no one’s in the driver seat


“Flight School,” the only other song with words, showcases guitarists Saville and Denning’s chemistry, as they alternate between interlocking riffs and harmonizing with one another in sweeping gestures. The technical playing is belied by cryptic lyrics and sedated vocals, but it’s the contrast in delivery that gives the song added interest.

“Coward Stern'' reveals that for all its precise musicianship, Free Casino isn’t a band that takes itself too seriously. The band experiments with slightly more dissonant harmonies, and Madonia’s intricate drumming patterns really shine on this track. It’s arguably the most mercurial of the four songs on the EP, and definitely the most fun. “No Solar Farm on Solar Land” weaves the danceable, uptempo elements on “Punk Thing” with the band’s newer, progressive compositional approach.


There is a lot to dig into with “Our Casino”; the band is clearly feeling itself. And with each successive listen, the multiple layers of the music become even more vivid — meaning you’re likely to feel Free Casino, too.

You can find more on the band on Instagram and Bandcamp.