Frank reviews 'Where? I. Come! From..." and Leo Crandall

September 16, 2017
With any dance performance, I don't suspend disbelief but rather dive right in with my own reality as my guide. I may be wrong, and often I am, but this way, I get a personal benefit to leave with. "Where? I. Come! From..." over at MuCCC was a genius technical concept that featured three dancers in three parts of the world: the Dominican Republic, France, and Atlantic Avenue, USA.  The two from other parts of the world delivered their performances via SKYPE, and as the dance moved on, the movements and patterns of the three became closer and more together. The three dancers were dancing together across miles, time zones, and space.

This was the only performance of "Where? I. Come From..." at the Fringe, but you can check out more by choreographer Caedra Scott-Flaherty at caedra.com.

Leo Crandall and his cello knocked me out. He bows it the way it's intended, then plays it like a guitar, making notes positively slither. Equally odd was his drummer's rig: an antique drum head and a bongo, which he beat with a mallet and lightning rods. He was joined by a wonderful female vocalist and a pedal steel player who brought the lonesome sky with him. It was scary good — equally charming, disarming, and menacing.

Now, I don't know this cat, but I have a sense I've seen him before. He has a dark, beat poet soul, and he makes his cello and guitar talk a language I understand. He also pulled off a nice version of Tom Waits' "Jersey Girl." And that's plenty for me. Crandall had me convinced and converted.


I had some time to kill, so I ventured over to Parcel 5 to catch the Brian Lindsay Band put on one hell of a show. The band clearly loves Neil Young, but as exemplified by the new material the sextet dished out, it's getting serious on its own compositions. There's some righteous anger burning behind those eyes and in those hands. It was cool to hear it bounce off downtown walls before heading for the sky. Keep on rockin' in the Fringe world.

Check out the Brian Lindsay Band at brianlindsay.net. 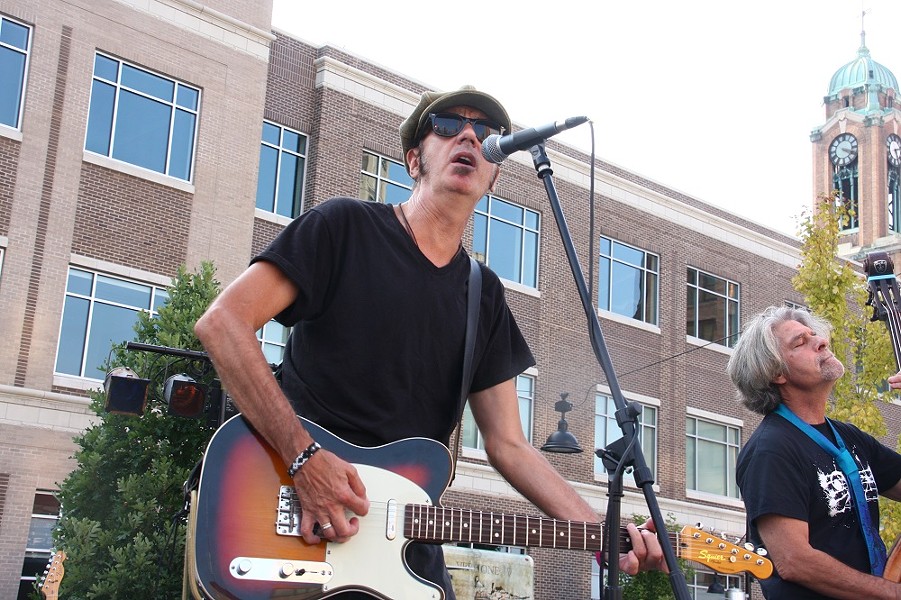