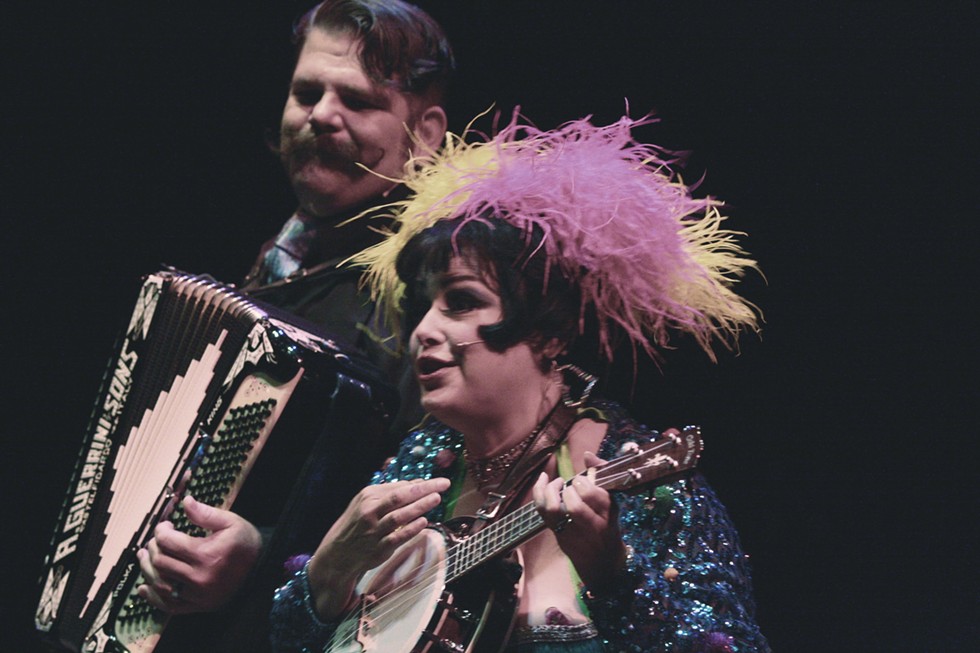 The performance by Cleveland-based neo-vaude-villains Pinch and Squeal (Jason and Danielle Tilk) was once again awesome. The music was light blue, humorous, and straight out of Tin Pan Alley, along with some slick magic that still has me cross-eyed — “follow the bouncing lemon” — and we all delighted at the shoving of volunteers up the lady’s skirt. I would like to see some new material from the duo, because it pretty much did last year's show. But all is forgiven because they tore it up on the “Hee Haw” Bronx cheer rendition of “You Were Gone” that brings me back to my youth; Cheryl Tiegs, “The Six Million Dollar Man, and “Hee Haw.” Salute!

“Josephine, a burlesque cabaret dream play” was slick, eloquent, and executed with erotic class. Tymisha Harris is an outstanding singer and kept the audience eagerly in the palm of her hand — a good strip tease will do that. There was just enough staged suspension of disbelief with the minimalist props (just a dressing room and a microphone made the set), hints at travel between France and the States, and off-stage narration. The show was a beautiful celebration of Josephine Baker’s impact politically, morally, and sexually. A riveting highlight was when Harris sang “Strange Fruit,” in all its horrifyingly stark ugliness and beauty.

"Josephine" will be performed again on Friday, September 21, and Saturday, September 22, at 9 p.m. at School of the Arts: Allen Main Stage Theatre. $18. Appropriate for ages 18 and older.