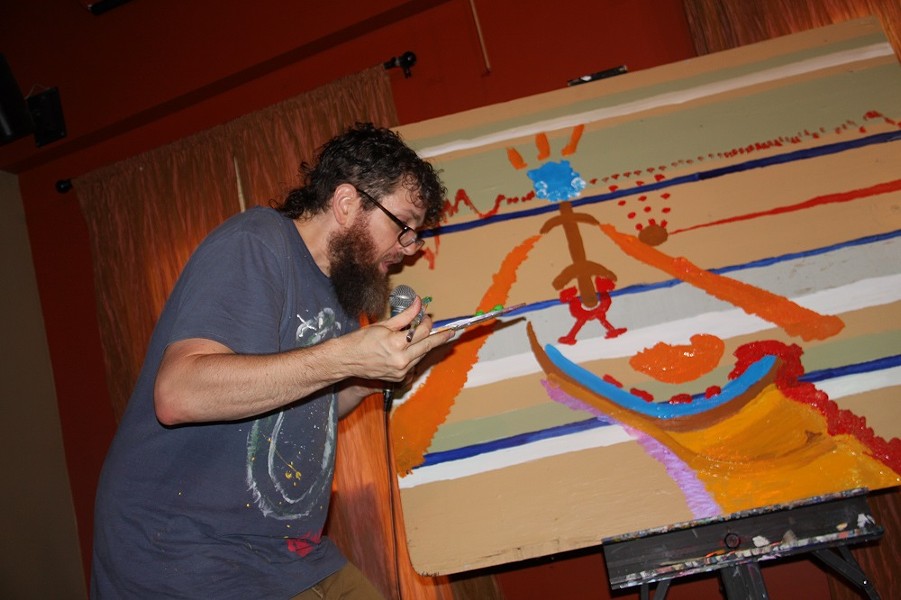 Seth Faergolzia is a madman; the kind of sub-genius I like to truck with. Discipline. In their literature, the Fringe higher-ups talk of disciplines in classifying and categorizing performances. Faergolzia's Loop Painting technically had two and yet no discipline at all. It was a full-blown free for all.

Faergolzia entered Gregorian chant-inspired, vowel-heavy moans and other things, from tongue clicks to girlish giggles, into his loop pedal. And while this was all going on, he started a large, impromptu painting that initially looked like alternate takes on the horizon or a TV test pattern from the 1970's, with the splashes of brushed-on color intensifying as his looped performance reached its peak. Then, silence.

Related The Pied Piper of Psaegz

The Pied Piper of Psaegz
It's been a long, winding, musical road for Seth Faergolzia
By Roman Divezur
Music Features
It was fun comparing the two disciplines with each other's adjectives. His music was bright and wet and applied with bursts of energy. His painting was intensely moody yet fun — you could sing along to the colors. It was all odd yet beautiful.

That's it for Loop Painting at the Fringe, but you can find Seth Faergolzia at faergolzia.com. 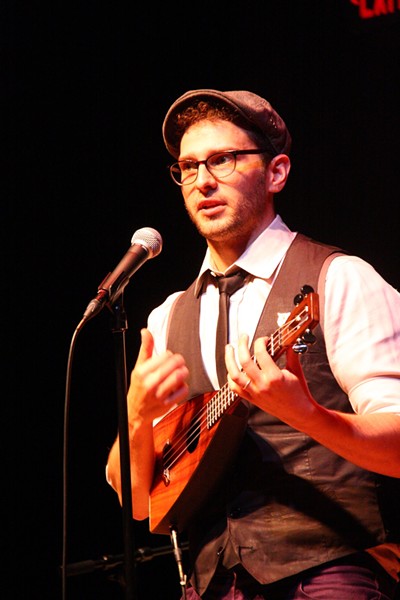 Don't let Matt Griffo's charm and innocence fool you: this is a brilliant comedian who likes to work blue. He would introduce a story in a stand-up style before playing a song based on the bit. Accompanied by his ukulele and purple-haired cellist Leyla I. Royale, he sang songs of marriage, superstitions, doing it in the butt, and even a song about a girl with "hands  for titties."

Humor aside, Griffo has a beautiful voice — tenor, I believe — that rang out clean and clear even when he sang about the aforementioned woman's uncanny ability  to carry four cups of coffee at once.

That was Matt Griffo's only show at this year's Fringe. Find him online at mattgriffo.com.