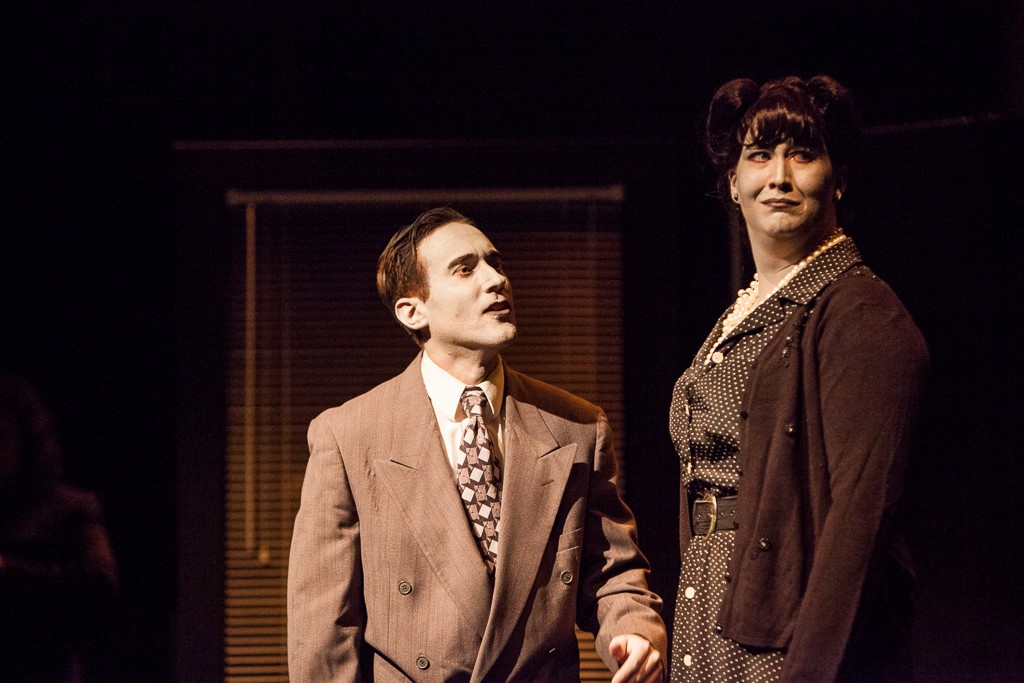 "Dead Dames Don't Dance" at Geva -- or anywhere else for that matter unless you count my minor obsession with the Black Dahlia doing her annual bisected Charleston in my fevered dreams. Geva Comedy Improv had me with the title, but I gotta be honest, I was a little suspicious. I was afraid they were simply going to take the obvious aspect of film noir and mock their potential for contextual absurdity.

My fears of cheap shots and low blows in the dark were sent on a deep six holiday as I laughed so hard I almost pissed myself. This troupe was f***king brilliant, the cat's meow, the bees knees.

If you don't know the drill, here's the skinny: just before the curtain, one of the troupe asks the audience for key points, like character background, setting, situation, and conflict. I shouted "Shrunken Head," which proved to be a key plot point played expertly by a Styrofoam head. The troupe then acts it out, playing off of one another. Dialogue screw-ups and continuity errors were all part of the hilarity. It was all guffaws and giggles along with a little jaw dropped respect for the cast who swung at every pitch. Best show I've seen in recent years.