Frank reviews 'Dance Macabre' and checks out Friday on the Fringe

I started the second day of Fringe with a chamber quartet, The Chanson String Quartet to be exact, who played pieces focusing on death so gingerly and gently that the audience in the near-empty Xerox Auditorium (the TheatreROCS Main Stage) didn't quite know where or when to applaud. The group played Camille Saint-Saens' "Danse Macabre," naturally, and one of my favorites -- didn't think I had one, did you? -- Mussorgsky's "Night on Bald Mountain." Those and a few other selections made for an overall peaceful death.

That was the only performance of "Dance Macabre" for this year's Fringe.

I hung out for the rest of the day at Parcel 5 which seemed to act as Fringe Central for Friday on the Fringe. The space was occupied by every type of humanity you can think of, from the starry-eyed and hopeful to the criminally insane.

First at bat was The Buddhahood who played a delightfully aggressive set with Nate Coffey playing his head off and essentially leading the charge. He is one of this town's most underrated guitarists.

The Sisters of Murphy played a tight set of music culled mostly from its latest CD, "Working Stiffs Unite!" The crowd really started to pick up during the show, and by the time they were done, several hundred had become several thousand. 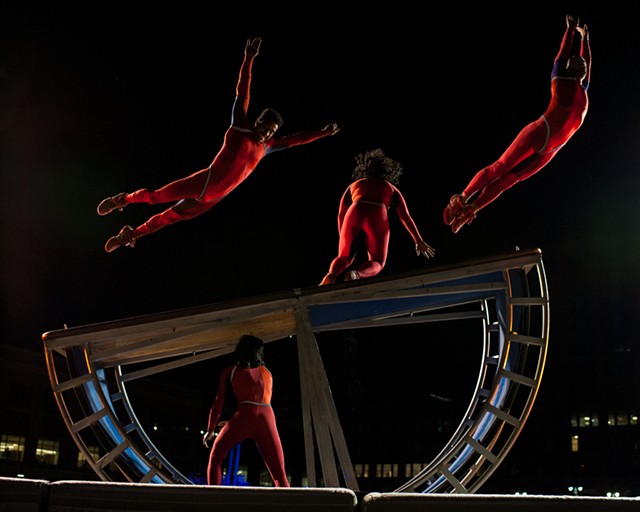 Celebrating its 30th anniversary, STREB -- choreographed by Elizabeth Streb (a Rochester native) -- performed SEA (Singular Extreme Actions), a piece on three large stages that had the audience squealing in delight.

I too was gob-smacked, but it also awoke something dark in me. While they were defying gravity, and flying through the air, and doing impossible feats of balance, I kind of wanted to see something go wrong, someone falter or slip. It's kind of like wishing hockey players will start slugging it out on the ice, or watching NASCAR: without the accidents, we'd just be sitting there watching traffic. That urge aside, the act was a mind-blowing spectacle.

KOPPS concluded and positively rocked the joint with a dynamic set including synchronized dancing that could rival Beyonce. But what I really like is the band's organic output as is intermingles with the cyborg within. Tight and precise, but you could sill hear the people in charge.

The real star of the night has to be Parcel 5. I'm leaning toward keeping it open for events like Fringe. Let's hope the City of Rochester doesn't step on its dick with this one.

Saturday on the Fringe will fill Parcel 5 again, with performances by STREB (5 p.m., 7:30 p.m., and 10 p.m.), Mansfield Ave, and The Demos, and the Fringe Street Beat competition. Free. Appropriate for all ages. 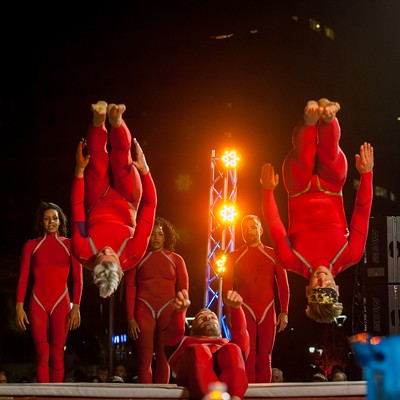 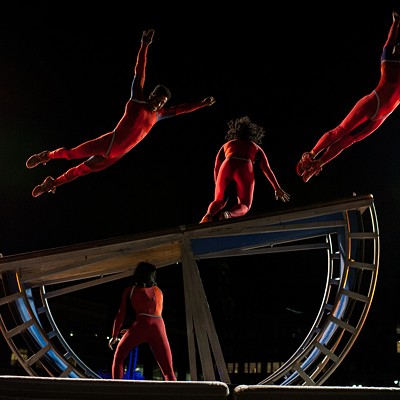 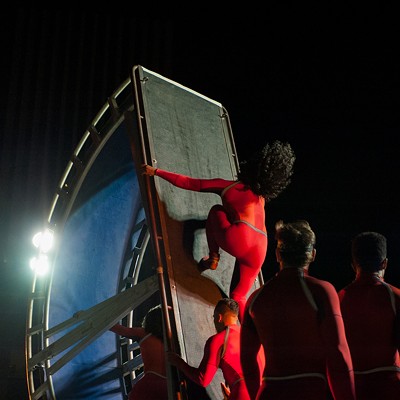 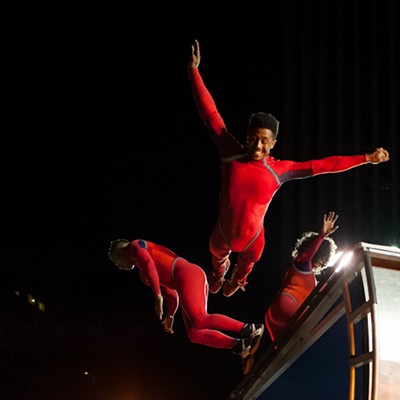 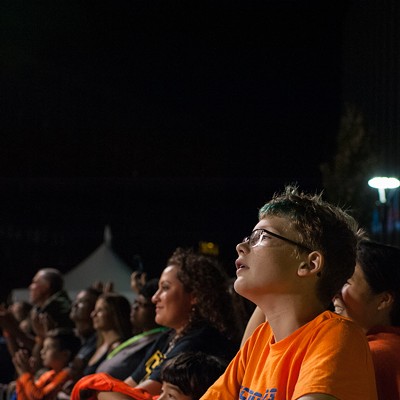