Cirque Du Fringe: "Eclectic Attraction" was a physical treat of muscular and balance-oriented feats performed in the confines of the Spiegeltent. The hosts, Matt Morgan and Heidi Brucker Morgan — who have staged Spiegeltent shows at the Rochester Fringe before — were the through-line for essentially a circus masquerading as a dream by their infant son.

The talent was big and dangerous, with performers spinning around a pole some 20-odd feet in the air, balancing on one another’s heads,  or spinning around the room on a thin cable. One acrobat started out in a fish net, like a caught mermaid, before shaking it off high above the rapt crowd. Another gentleman balanced a selection of large Asian pots on his head, while another guy balanced a whole girl on his. That alone was worth the price of admission.

The live band was an unusual construct of electric guitar, keyboards, and cello — an instrument that I’ve always thought possessed more dark and evil potential than the nastiest and loudest of guitars. They were awesome and gave a live and immediate appeal to the high-flying hi-jinx going on on the main stage. Yes, these were all serious, dedicated performers, but the underlying sense of mirth — usually brought out by Matt and Heidi — was palpable and a welcome respite from the thrills this troupe delivered.

"Eclectic Attraction" will be performed each day of the Fringe in the Spiegeltent. Check rochesterfringe.com for specific times. Evening shows are $36; Monday and Tuesday night and matinees are $33; $24 for ages 12 and under. Evening shows appropriate for ages 13 and older; matinees good for 5 and over. 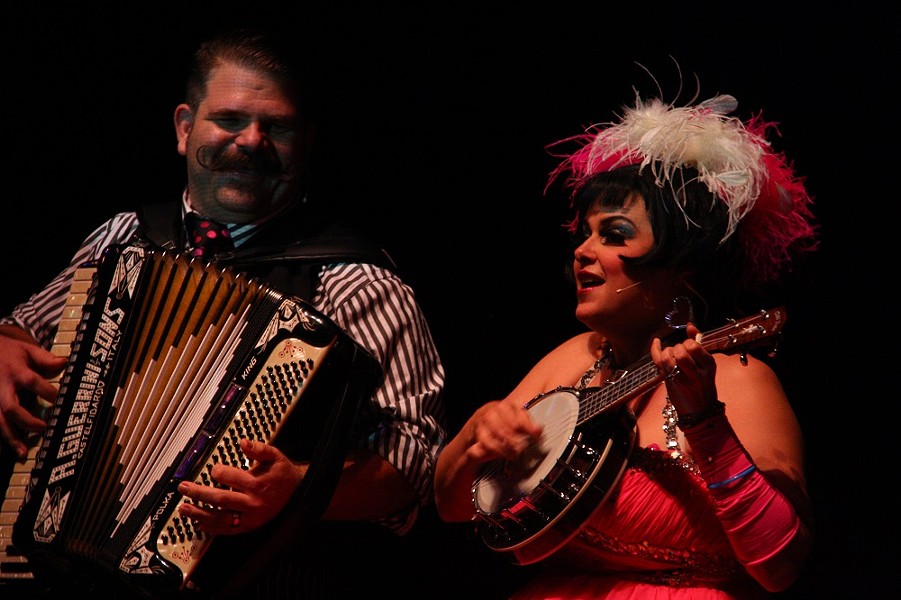 I saw two shows last night, and both of them, though different, are now on my recommendation list. Cirque Du Fringe peppers its performances with classic cornball humor, but Cleveland banjo and accordion  duo Pinch and Squeal wallows in it. I mean this is "fill–the–bathtub-with-gin-and-gasoline-and-light-it-on-fire-before-doing-a-cannonball" wallowing in it.

They opened with a couple of dirty ditties from the 1920's and one from the early days of “Hee Haw,” complete with a harmonized Bronx cheer, before going into card and balloon tricks, a tirade in Pig Italian (no, not Latin, Italian) that made no sense whatsoever, and a beautiful French love ballad where Squeal attempted to stick two audience members in her party dress.. Ah, show business. I laughed my head off.

Tomorrow night, it’s Mental Graffiti Poetry at The Little, "The Blackbird of Death" at MuCCC, and the 3D sound experience in the immersive igloo at the Spiegelgarden. Come up and say hi; I’ve got a few new jokes I want to try out on you. 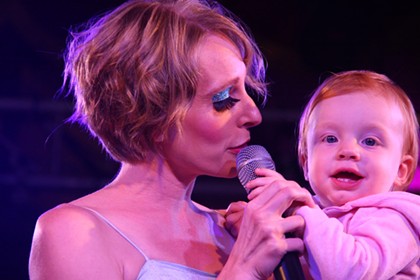 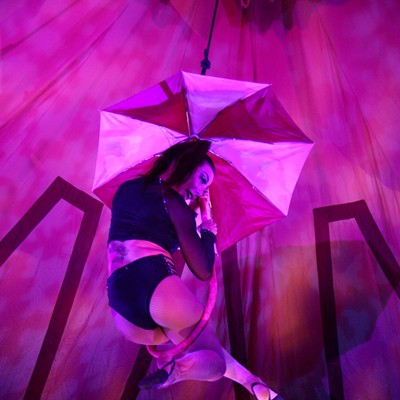 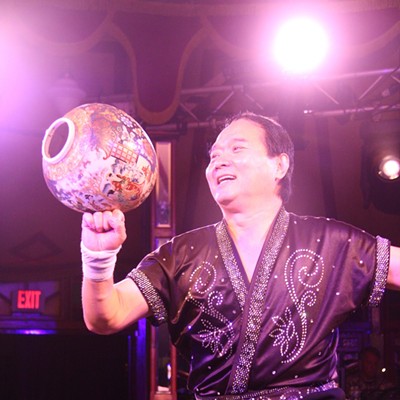