February 26, 2020
Four more former Democrat and Chronicle paperboys have sued the newspaper alleging they were sexually abused by their supervisor while on the job in the 1980s. 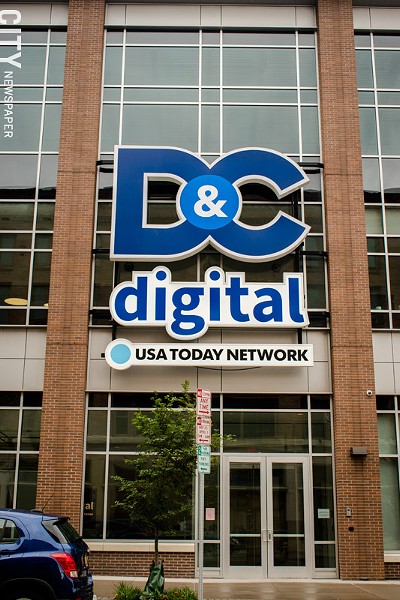 Their complaint, filed in state Supreme Court on Wednesday, named a late circulation department employee who oversaw newspaper deliverers at the time, Jack Lazeroff, as the abuser.

Lazeroff, who died in 2003 at the age of 74, has been identified as a suspected molester in previous news accounts and was named in a separate lawsuit brought against the newspaper last year by another former paperboy, Rick Bates, who is now 48 years old.

The latest lawsuit, which was filed under the Child Victims Act, a state law that opened a temporary window for old child sexual abuse claims to be litigated, was not unexpected.

Indeed, CITY and its media partner WXXI News published stories in November detailing allegations of abuse by Lazeroff made by three of the four plaintiffs in the newest case — Francis Goodsell, Randy Penberg, and Paul Tracy.

The men acknowledged at the time that they were working with the lawyer handling Bates’s case and who filed the lawsuit on their behalf, James Marsh.

Their stories of Lazeroff using decoys and misdirection to grope them or invite them to fondle him bore striking similarities. Some told of Lazeroff approaching them on their paper routes under the guise of wanting to help them finish early or, in the winter, to stay warm.

Many of those details appear in the complaint, as do accounts provided to CITY by colleagues of Lazeroff’s at his previous employer, First Federal Savings and Loan, where Lazeroff had been a vice president before making a mid-life career change to overseeing paperboys.

A former paperboy's story of sexual abuse
Rick Bates claims in a lawsuit against Gannett Co. that he was sexually abused as a paperboy in 1983
By David Andreatta
News

In addition to alleging abuse, the complaint accuses the newspaper of being negligent in hiring and supervising Lazeroff.

Lazeroff was arrested twice in the 1980s in connection with sexually abusing boys.

Accused ex-D&C newspaper carrier supervisor once arrested for groping paperboys
By David Andreatta
News
The latest lawsuit was first reported by the Democrat and Chronicle.