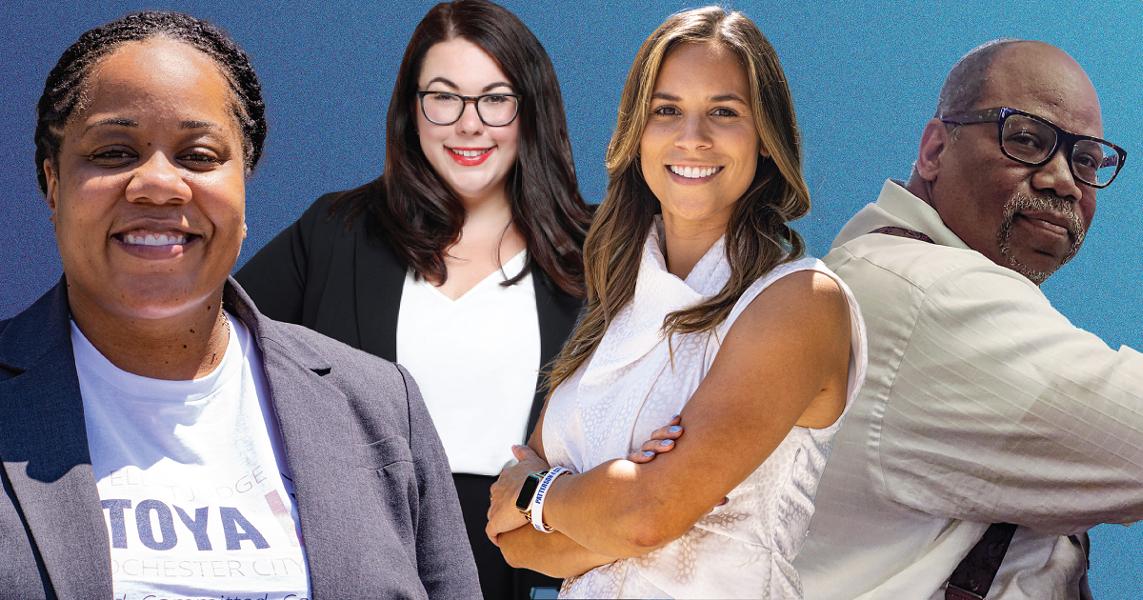 PHOTO BY GINO FANELLI Four candidates are running for an open seat on Rochester City Court.
Rochester’s City Court races aren’t known for firing up the electorate, but make no mistake, these often overlooked contests have critical implications.

As the arbiter of misdemeanor and violation cases that occur within city limits, judges affect the very lives of the people that appear in front of them. In many cases, city court judges are tasked with deciding the fate of a young person who is having their first encounter with the criminal justice system. At other times, they’ve got to determine the best course of action for dealing with a repeat offender.

This year, the City Court race is the only primary in the city of Rochester. Two seats are up for grabs, one held by LaToya Lee, who Mayor Malik Evans appointed in February to fill a vacancy. Lee is running for the seat against challengers Jacquelyn Grippe, Constance Patterson, and Van White. The winner of the race will face no Republican challenger in the general election, meaning the victor of the primary will have a clear path to a 10-year term.

Judicial races are relatively tame compared to contests for most other elected offices. You’ll find that candidates make few political statements, refrain from opining on the state of society, and steer clear of mudslinging. That’s owed largely to limitations on political activity that state law places on judicial candidates.

The primary election for city court will take place on Tuesday, June 28. Early voting has already begun and continues through Sunday, details are available on the Monroe County Board of Elections website. 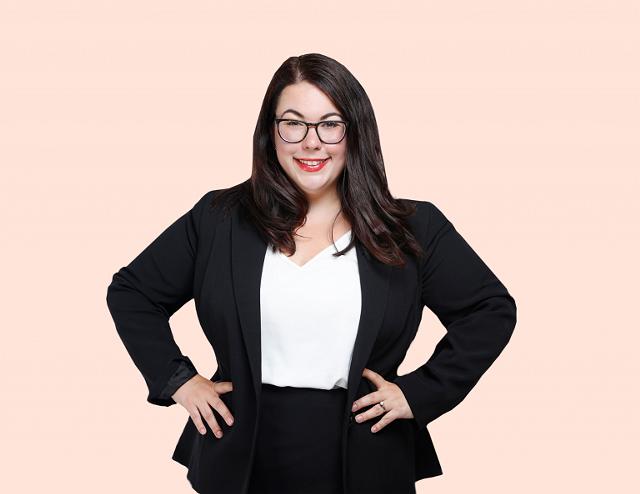 Jacquelyn Grippe has represented clients at the Monroe County Public Defender’s Office for over a decade. She said that her acumen, while not as varied as other candidates for the judge seat, gives her the deepest understanding of the nuances facing individual defendants appearing in City Court, she said.

“Public defenders, we fight for the little guy,” Grippe said. “We stand next to some of the most vulnerable people in the community and we advocate on their behalf against the full weight and might of the state. These are people that society often doesn’t see as valuable,” Grippe said. “Public defenders really know what it is to help somebody fight for their life in a system that doesn’t value them.”

Grippe has also, in the past, volunteered with the Police Accountability Board Alliance, the Willow Domestic Violence Center, and the Greater Rochester Association for Women Attorneys.

Grippe said she played a key role in establishing the Public Defender’s Office’s reentry services, which helps convicted offenders deal with the issues that led them to a courtroom in the first place. She added that there’s opportunity for City Court to serve as an interventional hub.

“As a Rochester City Court judge, the way I think I can positively impact community safety is by identifying cases and helping urge solutions where intervention is appropriate and we can help people get to the root of the issue and leave the criminal justice system for good,” Grippe said. 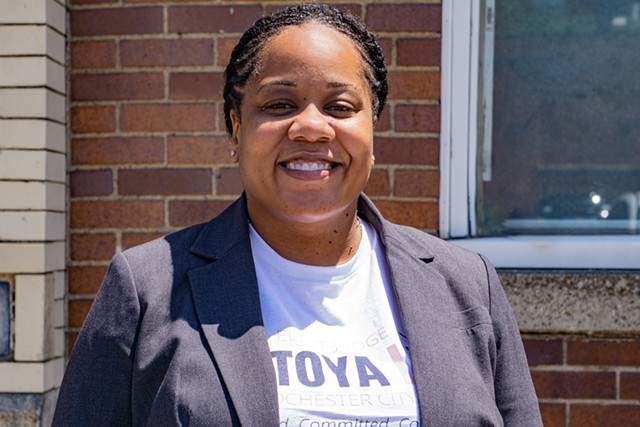 Mayor Malik Evans appointed LaToya Lee to fill a vacancy on City Court in February, and she’s now running for a full term in the seat.

Lee is one of two candidates who comes from a defense background. Admitted to the state bar in 2013, Lee served as an assistant public defender at the Monroe County Public Defender’s Office for four years. But like many who’ve worked as public defenders, burn-out hit Lee hard and she left the office, she explained. She still looks back at her time in the office as the most profound of her career.

“The Public Defender’s Office has always been, and will remain, the job that’s been the most impactful to me,” Lee said. “The clients I represented will always stand out to me because I know the work that I went into that office to do, intentionally, not only changed their lives, but changed my life too.”

Following her time in the office, she served stints as a judicial clerk with city judges Nicole Morris and Teresa Johnson. She also served as a traffic prosecutor for the city of Rochester, and as a defense attorney with the Empire Justice Center, primarily dealing with mortgage foreclosures.

Lee sees her experience as a public defender as giving her a unique perspective and understanding of the underlying issues defendants may be facing. That, in turn, informs how a judge can act to ensure a sentence is a fair and effective deterrent from reoffending.

“Because I’ve advocated for so long, having that connection and understanding what a defendant needs, it’s an easy transition to looking at a defendant from the bench and saying, ‘This looks familiar, I know this issue, I know this situation,’” Lee said. “I’m able to speak to it, and speak to it intelligently.”

Constance Patterson returned to her hometown in 2017 to work as an assistant district attorney, making her a relatively recent arrival to the Rochester legal scene.

While attending law school at Emory University in Atlanta, Patterson interned at the Georgia Innocence Project, the DeKalb County District Attorney’s Office, and the Georgia Public Defender’s Council. Her first gig after graduating law school was on the federal level, working as a visiting fellow at the National Association of Attorneys General.

At 31, Patterson is the youngest candidate in the race. She sees this as a strength rather than a weakness. With her age, she said, comes fresh ideas and novel approaches to court issues.

“It’s not a secret I’m young, but we need younger people to step up,” Patterson said. “I believe that it is my role at this point to step…it comes with fresh ideas, it comes with new ideas, it brings things to the bench that we may have never thought of before, and I believe I am the only candidate that has plans to do that.”

Patterson believes City Court judges can effect change in how the city deals with criminal offenders, particularly at a time when Rochester is seeing record levels of violent crime. She believes effective intervention when a person is convicted of a low-level offense can prevent that person from committing a more serious crime in the future.

She believes the criminal justice system should be proactive rather than reactive and guide offenders into community resources that could set them on a better trajectory.

“We’re seeing a lot of adults coming into the criminal justice system right now, and I see a lot of them in my work as committing lower-level offenses,” Patterson said. “At that point in time, we need to be having a conversation with those individuals to say, ‘What’s going on in your life right now? What can I do for you and how can I support you?”” 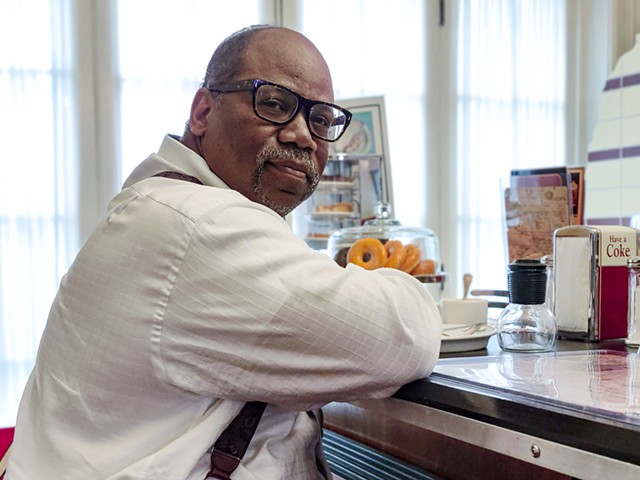 Many Rochesterians will know Van White, a civil rights attorney and former president of the Rochester school board. He’s a perennial figure in local politics.

White served on the Rochester City School Board from 2007 through 2021; he was its president for the latter half of his tenure. Prior to that, he served as a special advisor on violent crime to Mayor Bill Johnson.

This is not the first time White has run for a City Court judgeship. In 2019, he sought the seat vacated by Leticia Astacio, who was removed from office in 2018. White lost in the primary election that year and in 2021 he lost his bid for a Monroe County Court justice seat.

At his office on Grove Place, which houses a collection of memorabilia relating to the Civil Rights era and Black history, White made his arguments for why he should be on the bench.

He believes a City Court judge stands at the intersection of “prevention, intervention, and interdiction.” The court, he said, can serve as an avenue to guiding defendants into needed help or resources like Drug Court or mental health counseling. But he also acknowledged that sometimes a defendant will need to be sentenced to jail.

“One must be balanced in their approach to solving the problems of crime and violence,” White said. “...Every fair and reasonable judge, given the tools available in this community, ought to think on that continuum of prevention, intervention, and interdiction.”

Prior to working for Johnson’s office, White served as a prosecutor for the Monroe County District Attorney’s Office. In recent years, he’s been focused primarily on representing plaintiffs in civil rights cases.

When asked why White would give up civil rights litigation, his passion for which emanates from his office space, he pointed to some of his idols on display in the building.

“I would imagine they asked Thurgood Marshall or Ruth Bader Ginsberg that same question,” White said. “I am not at their stature, don’t report that, but they were advocates for justice and precedent setters in their field.”

Correction: The original article failed to note there are two court seats up for election this year.